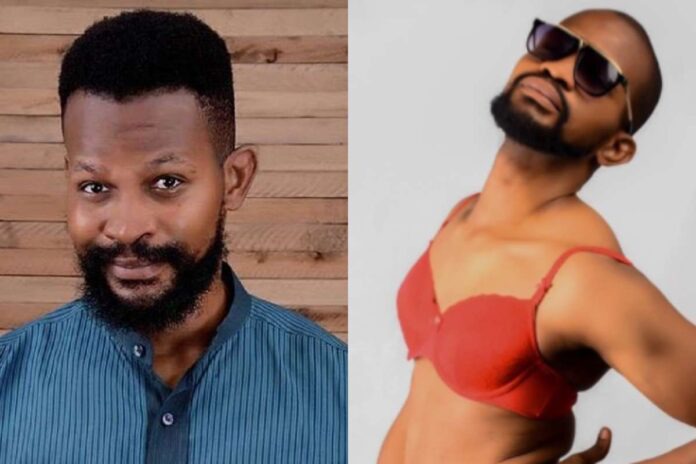 Controversial Actor Uche Maduagwu from Nollywood took to the streets wearing a red bra to show his opposition to the ASUU strike.

ASUU announced a one-month strike in 2022 that will start on February 14 of that year. The revival of public universities, earned allowances, more funding for state universities, and promotion backlogs are only a few of the requests made by lecturers. But the strike has lasted longer than eight months.

Uche Maduagwu, a contentious actor, has come to the streets wearing a red bra to protest the ASUU strike and to urge the federal government to put an end to it so that university students may return to their classes.

Uche Maduagwu, who is shown in his red bra and holding a sign urging the Federal Government to end the strike for students, has joined some other concerned students in protesting the strike. The House of Representatives Speaker, Femi Gbajabiamila, characterized the meeting with the president as productive.

He said that the president had promised to consider the House's suggestions for ending the continuing strike by university professors that began more than eight months ago. In the meantime, President Muhammadu Buhari met with the House of Representatives leadership in private on Tuesday in Abuja to discuss the current Academic Staff Union of Universities strike (ASUU).