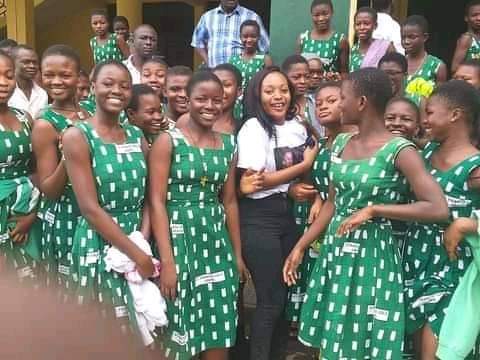 As the say goes, there is no smoke without fire.The need to be much organized is essential to keep the free SHS policy moving.

The students of St. Francis Girls Senior High School in Jirapa, in the upper West Region of Ghana have not been given their Saturday July 10, 2021 lunch because the school kitchen has been hit buy shortage of food stuffs.

The students who walked into the dinning hall for their Saturday lunch were left disappointed when they were told the sad news that they wil not have the day's lunch. According to some of the students, they have been fed with only rice meals especially for lunch and supper for the whole week.

Fortunately, the students exhibited high sense of "discipline". They only grumbled without any agitations.

In a statement issued by a Journalist within the Jirapa Municipality by name Dicey Dakurah, he explained that efforts have been put in place to address to unfortunate development that has hit the only female single sex SHS school in the Upper West Region.

Some Educationists in Eastern Region have called for government to speed up processes to ensure there is enough food in schools to spearhead the free shs policy, they added that the unavailability of food will result in making administration of the schools difficult.

On the 8th if July, a Technical School in the Nadowli-Kaleo District had ots students destroying some school property of the school's senior house master of over seized phones. The headmaster was later overheard saying they student shall pay for damages caused. The school authorities however opted not speak to the media giving a reason that the regional director of Education and District Director will have to be briefed first.

On seizing of Phones

All senior high schools in Ghana has prohibited the use of phones in schools for reasons not explained in their schools code of ethics, but per an educationist explaining the fettle, he stated that most students will focus more on their phones during academic sessions rather than studies, he added that the students will also be on phones looking for exam leakages rather than focusing on studies, these he said are some of the major reasons why phones are not allowed in schools.

Some students have also agitated that they should be allowed to use phones as technology has far advanced and most countries have resorted to allowing students to use phones are reference materials for studies. The Minister for Communication, Madam Ursula Owusu Ekuful explained that efforts are being put in place to ensure the ban on use of phones is lifted, she also made provision internet access to schools through WiFi connections. The need to allow the use of ICT tools such as phones should be allowed in order not to defeat the course to champion Computing in Basic Schools which SHS is inclusive per the new Curriculum.