By Juniorholy96 (self media writer) | 2 months ago 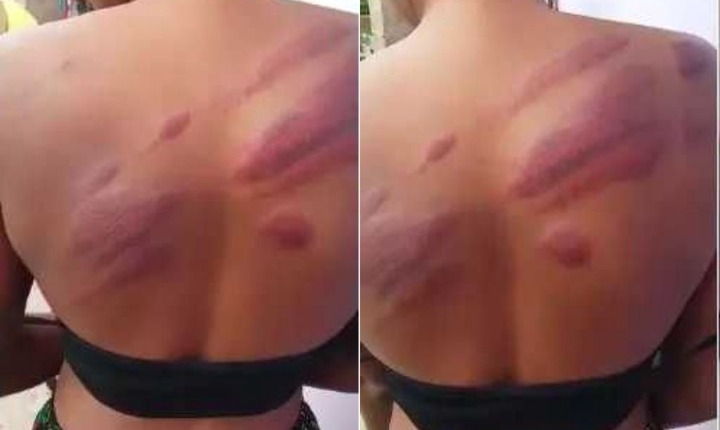 A final year student of the Jachie Pramso SHS (JAPASS) has undergone severe corporal punishment from the headmaster of her school.

The final year student who is identified as Mary laments she was whipped with a cane by her headmaster without any justification. The 19-year-old final year student while speaking to the media said, they were in class last week Thursday and the headmaster came to punishment her colleague who did not dress well. According to the young girl, she quickly gave her jacket to one of the boys who did not dress well to cover up his indecent dressing.

“Last week Thursday, we were in class and our headmaster was about to punish my colleague for dressing inappropriately so I gave him my jacket to cover up his indecent dressing then the headmaster asked me to go to his office and wait for him”, Mary said.

She stated that after the headmaster had sent her to his office, he then came to the office and lashes her.

“He later came to the office and beat me mercilessly,” she narrated.

Mary explained she feels sharp pains in her spine which makes sitting almost impossible for her at the moment.

“Now I can’t even concentrate and learn because I’ve been traumatized I have not been able to go to campus since the incident happened and I’m scared it might affect me", the victim said.

The Jachie Pramso SHS (JAPASS) Headmaster, who is identified as Mr Donkort is yet to give his version of the story at the time this report was filed.

All efforts to contact the headmaster to give his side of the story have been in vain since his phones are currently off.