The future of the youth is bleak because we've relegated discipline in our schools to the background. It is a sad spectacle that Opoku Ware, a top-notch school will have its students engaged in such activities. Then, the rest of the institution will become worst because those mission schools are known to be disciplined.

According to the reports, the school chaplain who also doubles as a counselor received an unexpected call at an odd hour around 4 am and it is the police disclosing to him the sad incident. Reverend Father Addo Fordwor was taken aback when officers of the Central Police Station called and mentioned the names of his students allegedly involved in the robbery. 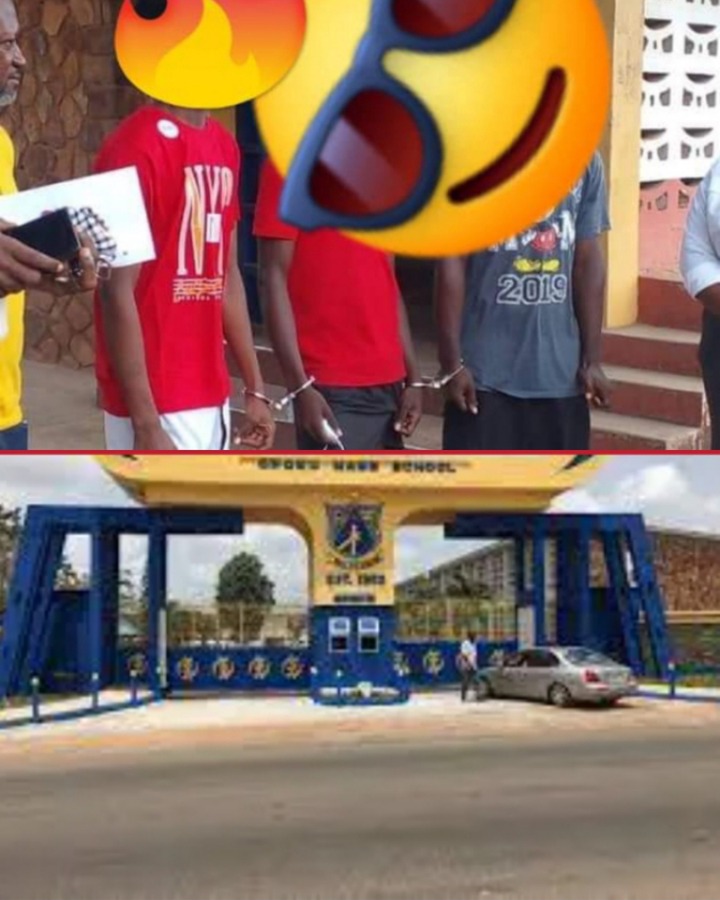 The headmaster was informed and immediately he despatched a deputation which comprised of the assistant headmasters, school Chaplin, and counselor, and the senior house master with his deputies to ascertain whether the boys were students of the school.

Lo and behold, the boys were confirmed as students of OWASS who have been involved in a series of undisciplined acts while on campus. They are all final-year students and surprisingly the third suspect took to his heel before he was apprehended by the police. These teens are believed to have had the courage to snatch a taxi cab at gunpoint. 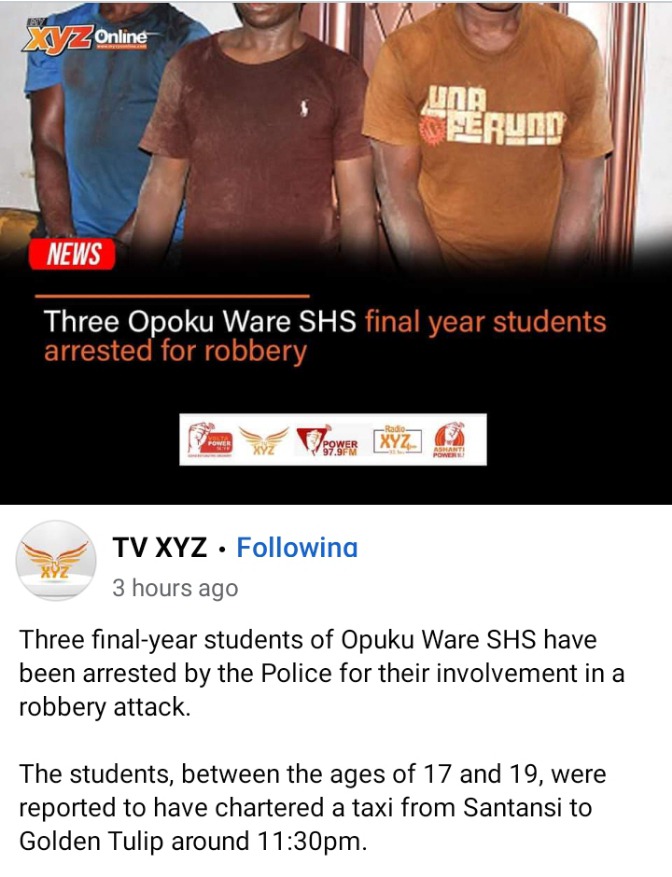 It must be noted that they were withdrawn from boarding house due to acts of indiscipline and this doesn't come as a surprise though to school authorities.

Top Reasons for the High Robbery in this Part of Ghana

Johnnie Hughes Opens Up To Ghanaians: This Is Why I Salute COP Ken Yeboah