By Gentle.Blogger (self media writer) | 6 months ago 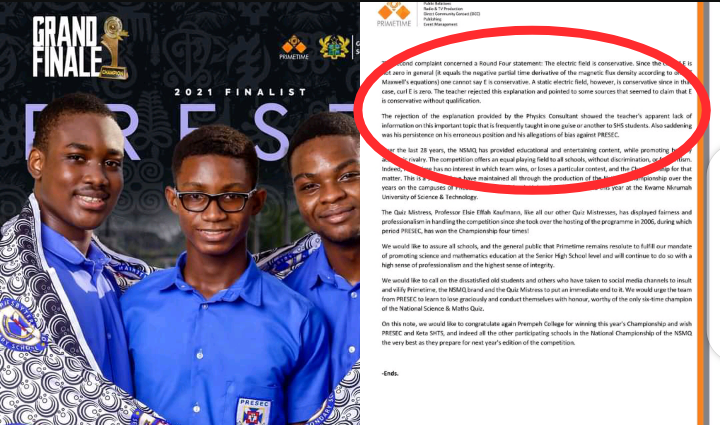 Prime Time has explained the visible technical glitch which happened during the third round. In their bid to defend themselves, they revealed and exposed how one of the PRESEC Teacher was soiling their reputation with an "erroneous position".

According to the letter released by Primetime, PRESEC had launched a second complaints about a true or false question read during the fourth read. The question was that, " The electric field is conservative". The PRESEC contestants stated that the answer was true. On the contrary, the answer was false.

This question was challenged by the aforementioned teacher. The Physics consultant gave the teacher a vivid explanation of why and how the answer is false. Yet, the teacher still persisted on his stance.

Thus, Primetime believed that the teacher showed an apparent lack of information on that important topic which is frequently taught to SHS. This is an indirect revelation that the teacher lacked intelligence on that topic 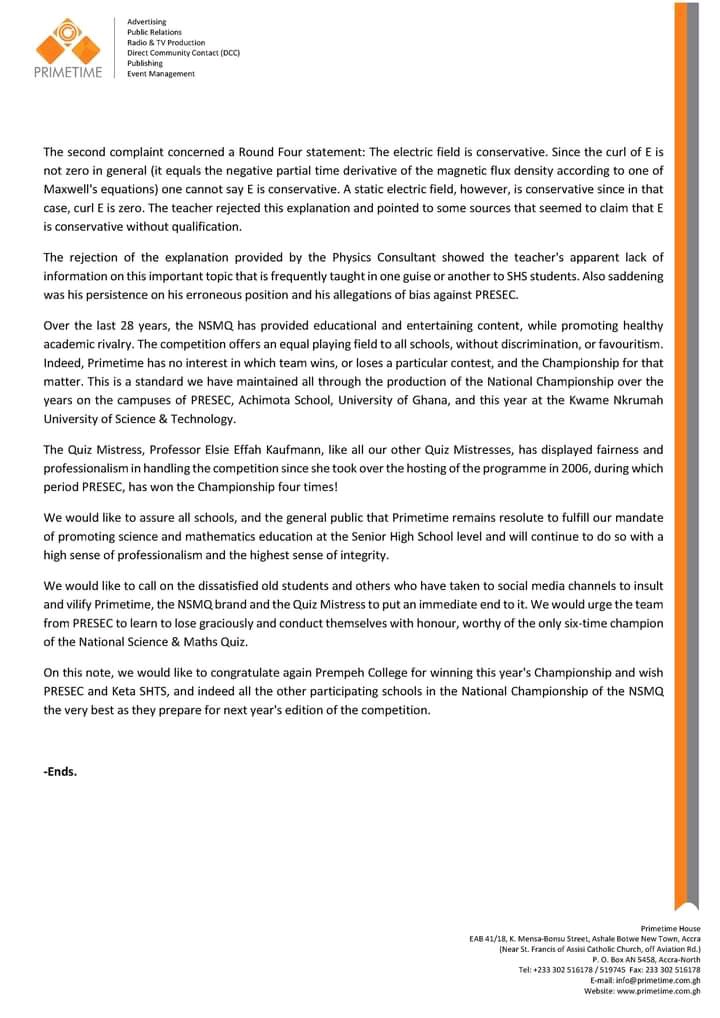