With the kind of investments in the NSMQ, every school has started making conscious efforts to achieve greater heights in the competition. For instance, we have seen various Old Students' Association throw weight behind their representatives through financial, psychological and educational support. It comes as no surprise to see Adisadel College and PRESEC-legon achieve a three-consecutive-finals feat.

Prempeh College, after winning 2 of the first 3 years of the NSMQ, struggled to win the trophy. It took them over 19 years(in 2015) to get their hands on the 3rd. That was the revival of their destiny in the intellectual exercise. In 2017, they claimed their 4th title after superb performances from Wonder and Osei Badu. The most remarkable was their 82-point starring against GSTS in the Quarter finals. 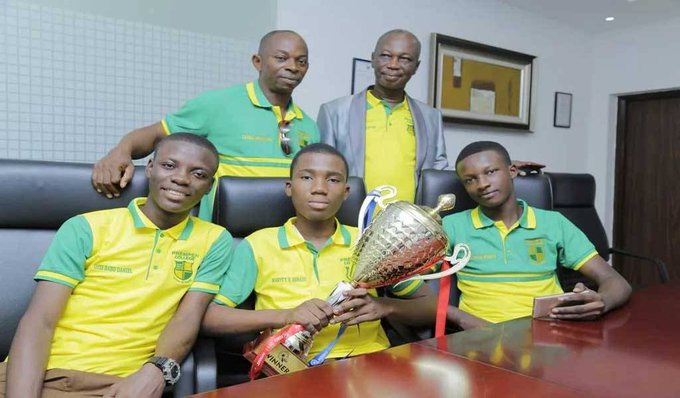 When the school failed in 2018 and 2019, something new began in the history of Amanfo). In top schools, it was almost impossible to see a 2nd-Year student representing on stage. For Prempeh College, it had never happened in the 3-school format. Many were shocked to see the Green Boys field Eden Nana Kyei with Ernest Twumasi. Little they did they know both Prempeh and Opoku Ware had a mission, since OWASS also brought a 2nd Year Richmond to contest. 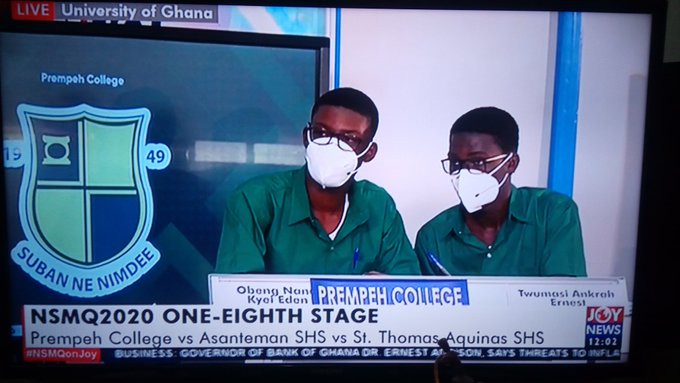 The two Ashanti Giants won their 1/8th contests to seed themselves for the next year (2021). Prempeh College, however, took a shocking exit from the competition, while OWASS went all the way to the final. Even though Opoku Ware couldn't win, the positive was that they had raised their chances of winning the next season. This year, people had the chance to watch and assess the various schools from the maiden NSMQ Regional/Zonal Championships. We all witnessed the refined versions of the two boys who were now in the final year for their respective schools. Eden and Richmond were fired up; their confidence, speed, maturity, technique proved the project was yielding something great. We saw the firepower of both schools in the Regional finals. Prempeh College pulled a masterclass which had many tipped them for the national ultimate.

At the NSMQ in KNUST, Prempeh College had the best of everything they were involved. They won the Highest Scorer of the Day on all of their contest days: 62 in the 1/8th, 67 in the Quarters and 67 in the Semis. They eventually had the highest score in the Grand finale with 53 points. It is also good to note they are the first score to get all maximum possible T/F points in an NSMQ competition. There is no better way to snatch our 5th Glory than to whip our bitter rivals OWASS to the finals and lift right in front of PRESEC who makes us the second most successful. 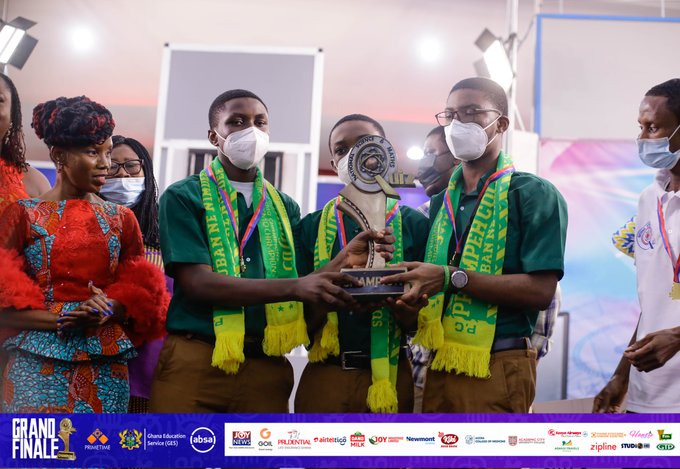 Some Drivers Do Not Regard The White Cane, They Need Education - Visually Impaired Student

“Ghanaians Will Appreciate The Harm Of The Free SHS Some Years To Come”- Minority Leader Speaks.