By ZealAfrica (self media writer) | 6 months ago Opoku Ware School popularly known as (OWASS) is one of the top rank second cycle institutions located at Santasi in the Ashanti Region of Ghana. Established in 1952, the catholic boys school was named after the Asante king then, Opoku Ware I. The students are known collectively as Akatakyie, an Asante word meaning "conquering heroes".

The patron saint of the school is Saint Thomas Aquinas and the school's motto is "Deus Lux Scientiae", meaning "God is the Light of Knowledge".

The school has produced so many notable alumni, with a few being highlighted below.

Please join and add all other prominent alumni in the comment section.

An old student of Opoku Ware School, Chairman of Ghana's Council of State, Nana Otuo Serebour, a chief, industrialist and electrical engineer is known in private life as Peter Amponsah.

The omanhene of Juaben in the Ashanti Region of Ghana graduated with a BSc in Electrical Engineering, and after a brief period of practicing as an engineer was installed Chief of Juaben in 1971.

An alumnus of Opoku Ware School, the development economist and politician obtained a BA degree in Economics from University of Ghana. He has a diploma in economics from Helsinki School of Economics, and a master's degree and PhD from the University of Wisconsin, Madison. He also has a post doctoral diploma from Havard University.

He served as Director General of National Development Planning Commission and became Member of Parliament for Wenchi, his hometown from 2005 to 2021. In 2017, he was appointed Minister of State in charge of Planning. 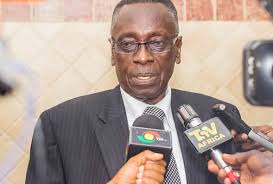 A retired jurist, Justice Stephen Allan Brobbey attended Opoku Ware School, and then to the University of Ghana where she obtained his law degree in 1966.

He was called to the bar in 1967, and after a short period in private practice joined the Council for Law reporting. He went to the United Kingdom for his postgraduate studies, and on his return to Ghana was appointed as a District magistrate Grade One in 1972.

Justice Brobbey was promoted as a Circuit Court judge in 1979. Between 1981 and 1986, he was seconded to the Judiciary of Zimbabwe as a legal consultant under the auspices of the Commonwealth Fund Technical Cooperation.

In 2018, Justice Brobbey was appointed Chair of the commission of inquiry into the creation of new regions.

A mechanical engineer and politician, Paul Victor Obeng (P. V Obeng) was Council Chairman of the Kwame Nkrumah University of Science and Technology (KNUST). He was also appointed Chairman of the National Development Planning Commission (NDPC) under the late Ghanaian President Atta Mills. He was also Senior Presidential Advisor during the reign of Former President Mahama.

During the Provisional National Defense Council (PNDC) era under Jerry John Rawlings, he was coordinating Secretary and Chairman of the Committee of Secretaries between 1982 and 1992.

He was a founding member of the National Democratic Congress (NDC) in 1992. He served as Presidential Advisor to Jerry John Rawlings under the (NDC) and also as Chairman of the Ghana Investment Promotion Council (GIPC) from 1992 to 1997.

P.V Obeng was the chief consultant and Chairman of OB Associates, a public and private sector consulting firm and chairman of Ghana Agro and Food company (GAFCO). He also served on the Board of Guinness Ghana Limited, and was also board chairman of the Board of Mining and Building Contractors.

From Adansi Akrokerri in the Ashanti Region of Ghana where he had his basic education, he attended Opoku Ware School for his secondary education. He then proceeded to the KNUST where he graduated with a Bachelor of Science degree in Mechanical Engineering, First Class Honors.

Dr. Owusu Afriyie Akoto was born to Baffour Osei Akoto of the National Liberation Movement (NLM), who was chief linguist at Manhyia Palace and whom the RE-Akoto memorial lectures are held in his honor.

Dr. Afriyie Akoto worked with the International Coffee Organization (ICO) for years becoming Chief Economic Advisor, rising to become number 2 in the organization in England. He has also worked as consultant with the World Bank and the United Nations on soft commodities (cocoa, coffee, sugar). He was also the CEO of two international commodity companies, Goldcrest Commodities Ltd and Plantation Resources Ltd in Ghana.

He served as two term member of parliament for Kwadaso Constituency from 2009 to 2017 in the Ashanti Region, where he was ranking member on committee on Food, Agriculture and Cocoa Affairs.

Dr. Akoto Afriyie was appointed Minister of State in charge of Agriculture in 2017 and was appointed again to the same ministry in the second term of the Akufo-Addo government. 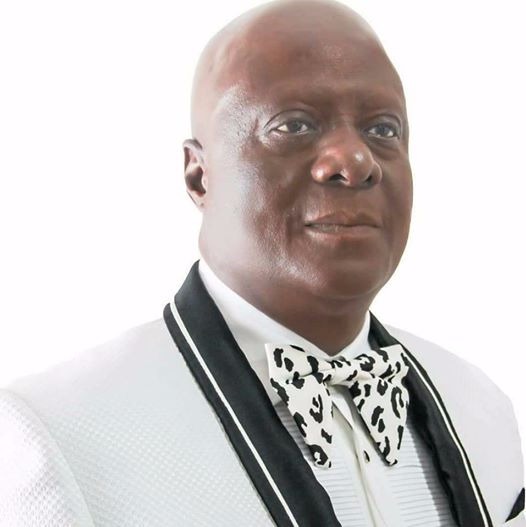 A product of Opoku Ware School, Dr. Anyah attended the University of Ghana Medical School from 1973 to 1979.

A member of the Ghana Medical and Dental Council, Dr Anyah is the CEO/Founder of Holy Trinity Spa And Health Farm and Holy Trinity Medical Centre.

After his secondary education at Opoku Ware School and attending Kwame Nkrumah University of Science and Technology (KNUST) briefly, he left for America in 1969 on scholarship. He studied at University of California, Berkeley up to PhD level.

He is credited with introducing Western Union to Africa, an idea which came after difficulties of sending remittances (money) to his mother back home in Africa (Ghana).

Dr. Amoah was a member of the Ghana Football Administration (GFA) Committee that engineered the first-ever appearance of the Ghana Black Stars at the World Cup (Germany 2006). He also headed the local organising committee for the Africa Cup of Nations which Ghana hosted for the first time in 2008. He also headed the Normalization Committee of the Ghana Football Association established in 2018 by the government of Ghana, FIFA, and CAF to direct the affairs of Ghana football.

The founder and CEO of Citizen Kofi Entertainment is also into real estate and was also CEO of Global Access Savings and Loans. 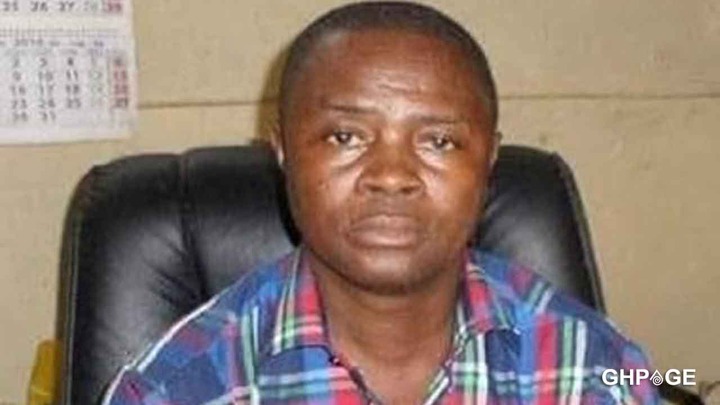 An icon in the rent and hospitality fraternity, Mr. Kwaku Akosah was the Founder/CEO of Owner Service Rentals. He became popular as the number one go to person in terms of rentals of chairs, canopies etc. for funerals, parties, weddings, trips and other events.

An alumnus of Opoku Ware School, the accomplished entrepreneur died in the year 2020.

An accountant and politician, John Boadu is the current general secretary of the ruling New Patriotic Party (NPP).

An alumni of Opoku Ware School, he obtained his degree in Business Administration (Accounting Option) from the University of Ghana.

Prior to his rise at the national level, he had served his party at the polling station level to the constituency and regional levels in different capacities.

An alumnus of Opoku Ware School where he had his secondary education, the Ghanaian football coach and former player started playing for Prestea Mine Stars as a left back. He joined Kotoko from 1983 to 1993 and was part of the 1982 squad that won the African Cup of Nations.

He played for the Ghanaian national team between 1987 to 1992, appearing in two FIFA World Cup qualifying matches, having also captained the team.

He has received technical training from English clubs Manchester City and Liverpool.

He became Ghana's assistant coach between 2007 and 2012 serving under Claude Le Roy and Milovan Rajevac, and was coach of GHANA U23 when they won the 2011 All Africa Games.

He became manager of Sudanese club Al Khartoum in 2014, and April 2017 he was re-appointed as coach of the Ghana national team, replacing former Chelsea manager Avram Grant till January 2020.

Appiah is currently head coach of the Kenpong Football Academy. 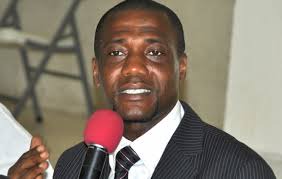 A politician and engineer, he is an alumus of Opoku Ware School and KNUST where he graduated with a BSc in Electrical/Electronics Engineering.

He joined Ashanti Goldfields Company in Obuasi where he worked for years. He later joined Sherwood International, a member of Supergroup Company in South Africa, as the West Africa Manager for mining companies developing the Supply Chain Management.

He contested as independent candidate in Ghana's election in 2012 and 2016, and as running mate in the 2020 elections.

A Finance and Investment Consultant, Dr. Stephen Amoah obtained his BSc in Computer Science from the Kwame Nkrumah University of Science and Technology (KNUST). He also has a Diploma in Pharmacy from the Kumasi Polytechnic. Dr. Amoah obtained his MSc in Strategic Financial Management from the University of Derby in the United Kingdom. He holds a PhD in Actuarial Science from KNUST (Finance and Investment Option).

In 2017, he was appointed CEO of the Microfinance and Small Loans Centre, MASLOC, where small and medium-size businesses were capitalized. He is also Chief Executive Officer of Zintex Portfolio Services Limited with many subsidiaries; Zintex Finance & Investment Consult, Zintex Farms and Zintex Construction.

Dr. Amoah is currently the member of parliament for the Nhyiaeso Constituency in the Ashanti Region of Ghana, and a member of the Finance Committee and the Privileges Committee as well. He is also a board member of the GCB Bank Ltd.

Dr. Amoah is also an alumnus of Opoku Ware School.

A product of Opoku Ware School, Lawyer and Politician, Hon Kumah attended University of Ghana where he graduated with a BA degree in Economics. He has an MBA in Finance from the Ghana Institute of Management and Public Administration (GIMPA). He enrolled in law school and was called to the Ghana Bar.

John Kumah is currently Deputy Minister of State in charge of Finance and member of parliament for Ejisu constituency in the Ashanti Region of Ghana.

Prior to this, he was the Chief Executive Officer of National Enterpreneurship and Innovation Programme (NEIP) from 2017 to 2020.

He is founding member and partner of law firm, Aduaprokye Chambers and also founder of construction company Majak Associates Ltd.

Popular Standup Comedian and Optometrist, Dr. Obarima Amponsah (OB Amponsah) had his secondary education at Opoku Ware School. He then proceeded to the University of Cape Coast (UCC) where he studied Optometry from 2008 to 2014.

After practicing optometry for years, OB Amponsah is now a freelance practitioner, combining it with his comedy career which began during his days at University.

Having performed with the likes of Basketmouth, Okey Bakassi, Bovi and other great comedians in Africa, OB Amponsah has toured the country with his stand up. This includes his sold out "Popular but Broke" special which he crowned it last December 2021 at Ghana's National Theater.

He is also a presenter, hosting the "Half Serious Show" on GH One Television and "What Matters Today" on Pluzz Fm.