By Fada_Pascal (self meida writer) | 24 days 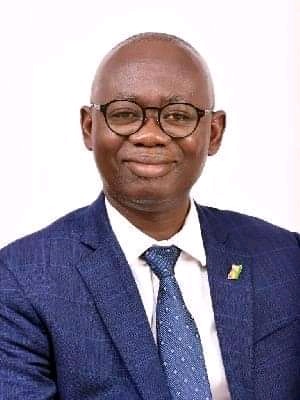 A new development issue which public attention need to drawn. The attention has been raised to some District/Municipal/Metropolitan Directorates under the Ghana Education Service (GES) that are illegally creating Rural Bank Accounts for the 2019 newly Recruited Teachers who were posted in December 2020, and are forcing them to use the said accounts for their Biometric Validation instead of their own bank accounts.

However,it has further disclosed that, some of the Education Directorates though have not created a new Rural Bank Accounts for the teachers but swiftly rejected accounnt numbers from GCB bank, ADB, NIB, etc and forcing the teachers to create a new bank account with Rural Banks within the catchment areas before they will be allowed to under the Biometric Validation.

The name of the Education Directorates surfaced after the news about the “criminal act” exhibited by the Techiman South Municipal Education Directorate to have allegedly created new bank accounts at Kuwabre Rural Bank for Newly Recruited Teachers posted to the Municipal without their consent and approval came out.

According to some of the teachers, some of the Directorates have used their particulars they have provided on the personal records form to illegally created Rural Bank Accounts without their permission.

Meanwhile, the teachers have already submitted their individual bank accounts and other particulars to some of the GES offices which were used to generate their Staff ID number for Biometric Validation but are being denied the right to use their own bank accounts for Validation at the Regional level as scheduled by GES Headquarters.

“We don’t want to use the Rural Bank Accounts because, we don’t know the source of the account numbers. We were not informed, neither have we agreed to the Directorate to create Rural Bank Accounts for us. The Office and the Bank have collaborated and created account for us. What they did is illegal, and we won’t accept it. Since they have created Bank Accounts in our names without our consent and approval, it’s likely they can process unapproved loans with such Banks without our permission.” The teachers lamented.

Below are the district, municipal and metropolitan Directorates involved in the said acts.

1. Ahanta West – The Directorate rejected teachers with GCB Bank account and asked them to create account with Ahantaman Rural Bank before they can allow them do do Biometric Validation.

(Carved from Adansi South District) – The Directorate rejected all banks accounnts, asked the teachers to create new rural bank accounts at Akrofoum Area Rural Bank Ltd which they did before being allowed to do their biometric validation.

8. Jaman South Municipal – The Directorate has asked the teachers to create a Rural Bank Account at Drobo United Community Bank before they will be allowed to go through the biometric validation for payment of salaries.

The affected Newly Recruited Teachers are stranded and do not know what to do since they are not in agreement with the decision of the Directorates. All attempt for them to be allowed to use their personal Bank Accounts for validation proofed fatile. The vulnerable teachers are therefore appealing to the Director-General of GES Prof. Kwasi Opoku-Amankwa through the Regional Directorate to immediately intervene.

Content created and supplied by: Fada_Pascal (via Opera News )

Private Schools to recruit only licensed teachers in Ghana.