Here's a man who served for 35years Teaching and suddenly became a street hawker after retirement.

By Jossiloben (self meida writer) | 24 days 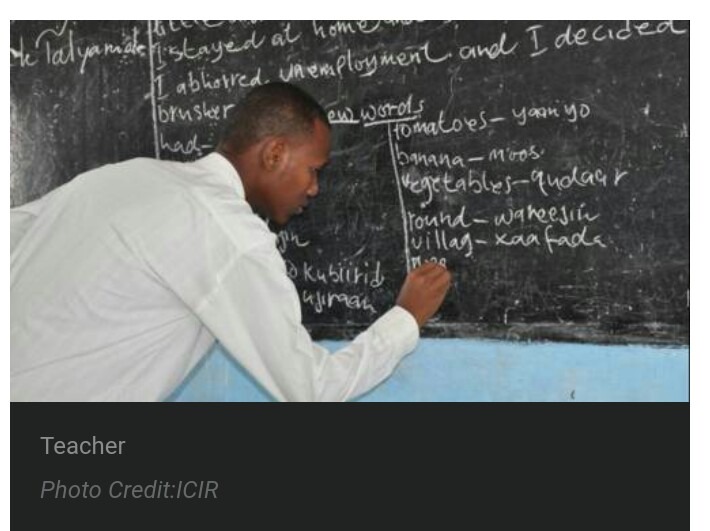 Life, though a mystery and many people are still yet to understand it as days goes bye. It is indeed a pathetic for a retired Nigerian teacher, Al-Amin Shettima Bello, who spent 35years of his life serving a State government as a teacher and retired meritoriously but now hawking on the streets of Maiduguri, the state capital.

He however told journalists in English that he was taught by the British government during the colonization erra.

Speaking further, he stated that in his school back then, there were only a few black teachers whom he identified as the late Dr. Shettima Ali Monguno, Shettima Kashim and the late Shettima Mustapha Kutai (father of the current Senator representing Borno Central in the National Assembly, Kashim Shettima).

Sharing his story with journalists by the roadside, Bello said Professor Bosoms Sheriff of the University of Maiduguri was his school mate.

“Professor Bosoms was ahead of me with one year because he completed his primary education in 1966 while I completed in 1967. He is older than me in class, not by age,” Bello said.

Bello, who is usually around the First Bank ATM centre at Maiduguri Monday Market, said the area was strategic as it would afford him the opportunity to market his goods – mentholated Robb – to people who had just withdrawn cash.

“Teaching is an exciting job but there is no money in it. It is a sacrifice. Now that I have retired, I can only help myself with the little from this business rather than being a dependent on people,” he said.

He lamented that the economy of Nigeria has gone worse under the government of President Muhammadu Buhari with inflation rising at an alarming rate.

Nevertheless, a report by the Economist in May 2021 said, "Inflation is running at 18%. For food it is 23%, the highest in two decades. More than half of Nigerians are underemployed or unemployed. Before covid-19 about 80m of Nigeria’s 200m people lived on less than the equivalent of $1.90 a day. The pandemic and population growth could see that figure rise to almost 100m by 2023.

Well, like Mr. Bello who served the government for 35years and suddenly started hawking due to bad economy of the country, many other person's across the nation are still suffering similar ordeal .

We therefore urged the government to look inward and take into consideration the yearning needs of the old retirees across the country.

Content created and supplied by: Jossiloben (via Opera News )