Inside Story Of How University For Development Studies Was Established

By Kumbundoo (self meida writer) | 21 days

As Government initiate processes to rename the Tamale campus of the University for Development Studies after late former President Rawlings, i will like to take an opportunity to relay to you a story. It is a story told to me at least a decade ago by my political science lecturer at School. It is an exclusive or if you like behind the scenes story about how the plans to form the UDS was nearly scuttled but eventually came to fruition, thanks to the no – nonsense attitude and relentless efforts of former President Jerry John Rawlings. 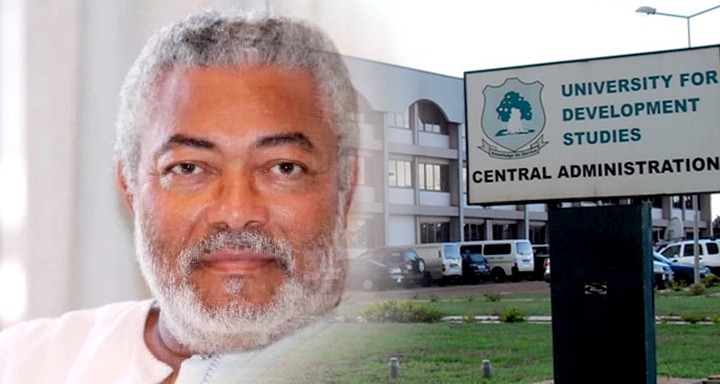 Ghana’s longest serving leader was always in awe of Northern Ghana, owing his friendship with many people of Northern extracts first in the Military and later as head of state. He held the view that Northerners were intelligent and exceptional professionals. President Rawlings knew the story of his friends. He knew that most of them had endured long and arduous journeys to the south in pursuit of University education. But for their profound will, they would have fallen out or risk their full potentials not being realized due to the lack of institutions of higher learning in the north. Mr. Rawlings thought that to prevent later generations from making such perilous adventures down south to pursue higher education, it was imperative to provide the people of the north with their own university. He set out to provide the school but was however restrained by the lack of capital considering Ghana’ economy was wobbling back then.

So when in 1992, the president won the World Food Prize which came with a $ 50,000 cash package, there was only one thing he wanted to do with the money – to set up a university in Northern Ghana. A university that will train competent professionals who will then help accelerate his then PNDC’s government’s vision of accelerating development to bridge the gap between the south and North. Mr. Rawlings therefore assembled a group of men, most of them of northern extract and their task was to comb the region and find a suitable and existing structure to host the first campus of the School. The men went to task but will later report back to the Military leader about their inability to find such suitable place. Chairman Rawlings listened and afterwards gently rose from his seat to lock the door of the room that was hosting him and the men. The atmosphere in the room became tense suddenly and as silent as the home of the dead as the apprentices who had just failed to accomplish a mission watch their master tossed the keys that will allow their exit, for that matter their freedom in both hands. Somehow, one of them managed to find his life and sort permission to speak. It was he who suggested that the premises of a defunct Agric college at Nyankpala, a small town in the Tolon District of the Northern Region be used to birth what will eventually become known as the University for Development Studies.

Three decades later and thanks to the sheer grit of President Rawlings, the school which now has three extra campuses in Tamale, Wa and Navorongo runs eleven faculties with over 30 departments. Its products trained in fields such as Agriculture, Medicine, Mathematics, Education, ICT, Commerce and Geography among others are dotted across the globe. The campuses in the Upper East and West Regions have since become autonomous and renamed after C. K. Tedam and Chief S. D. Dombo, two illustrious sons of those areas. Looking at the impact made by the School and the formidable role played in its founding by Chairman Rawlings, it is only right that the University is renamed after late former head of state, a man whose stupendous passion to serve his people meant stopping at nothing until all is achieved. Never mind his rejection of such honour when he lived but to have the school named after him will immortalize his personality and the legacies of his nearly two – decade rule as President of this country. 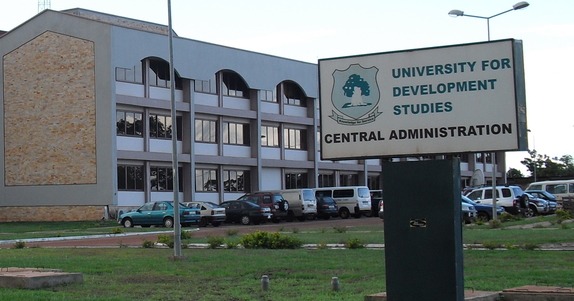 Guys: Please Stay Away from These Drinks When You Visit Your Father-in-Law