Records Up For Grabs As Three Regional/Zonal Champions Face Off In The NSMQ Grand Finale.

Records are the spicy parts of every competition with history. For the first, the NSMQ competition is ongoing at KNUST, not the usual UG-Legon. As the Grand finale takes place this Friday, it is appropriate we know what the results could change in the History books.

This will be the first final with all three schools being Regional/Zonal Championship winners. The latter was recently logged on as a prep event to build hype in the various regions in the country. For PRESEC-Legon, they have won the Greater Accra version three times in a row. Keta SHTS won the maiden edition of the National Science and Maths Quiz (NSMQ) Volta/Oti Zonal Championship, in 2021. Like the other opponents, Prempeh College pulled a spectacular performance over the archrival OWASS to win the Ashanti Regional Championship. It's safe to say this particular final will be a "Battle For Double Supremacy". Below are the pictures of each national finalist school in their respective Regional/Zonal Championship. 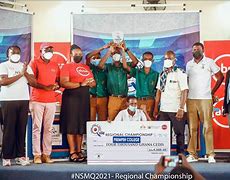 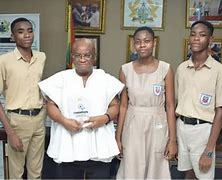 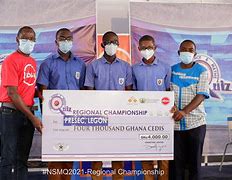 As you may already know, Keta SHTS is the first school from its region to represent in a final at NSMQ. By logic, winning the contest will mean it will be the first from that side to lift the national trophy.

PRESEC is in the final for the third consecutive time. As the Defending Champions, they would love to win the NSMQ back-to-back. Note that they are the only school with that record since the competition started. They, also, would love to widen the tally to 7 to confirm their dominance in the intellectual exercise. Can they achieve this feat? We willl know after the contest on 26th November.

There would be no better way for a school with the second most successful accolade to announce itself than defeating the most successful school in the NSMQ competition. Prempeh College (with 4 trophies) will always try to keep the chase on PRESEC (with 6 trophies). Can Prempeh snatch their 5th right in front of PRESEC, such a pain will be worth more than the gap.

We hope for a thrilling contest, similar to or above the standard the last Semi-final contest served us. May the best school win.