By Currentworldnews (self meida writer) | 14 days 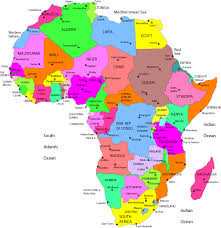 1. Equatorial Guinea : It is a country in central Africa. It is considered as the country with the most educated people in Africa.

According to UNESCO, they have an adult literacy rate of 95.30% while the male literacy rate is 97.29% and 92.4% for females. With a current population of 1,457,257, Equatorial Guinea is one of the smallest nations in Africa and the only Spanish speaking country in Africa.

2. Southern Africa : It has a literacy rate of 94.30% making it the second most educated country in Africa. The current population of South Africa is 60,192,605 and Whites make up 9.6% of the total population.

3. Seychelles : They are third on the list with a literacy rate of 91.80%. It is located in East Africa. The are a small country with recent estimated population of 1,402,983.

5. Mauritius: It is the fifth-most educated country in Africa. Mauritius is located in East Africa and has a literacy rate of 90.60%. They have an estimated population of 1,402,983.

7.Cape Verde: It is officially known the Republic of Cabo Verde. They are seventh on the list of mos educated countries in Africa. They have an estimated population of 1,402,983 which is less than one million. Cape Verde has a literacy rate of 87.60%.

8. Zimbabwe: Placing eighth on the list of most educated countries in Africa is a landlocked country in southern Africa called Zimbabwe. Their current current population is estimated to be 15,117,998. They boast of a literacy rate of 86.50%.

9. Burundi: They are the ninth-most educated country in Africa. They have a literacy rate of 85.60%. Burundi is located in East Africa with an estimated population of 12,308,021.