By Kobinablogs (self media writer) | 3 months ago 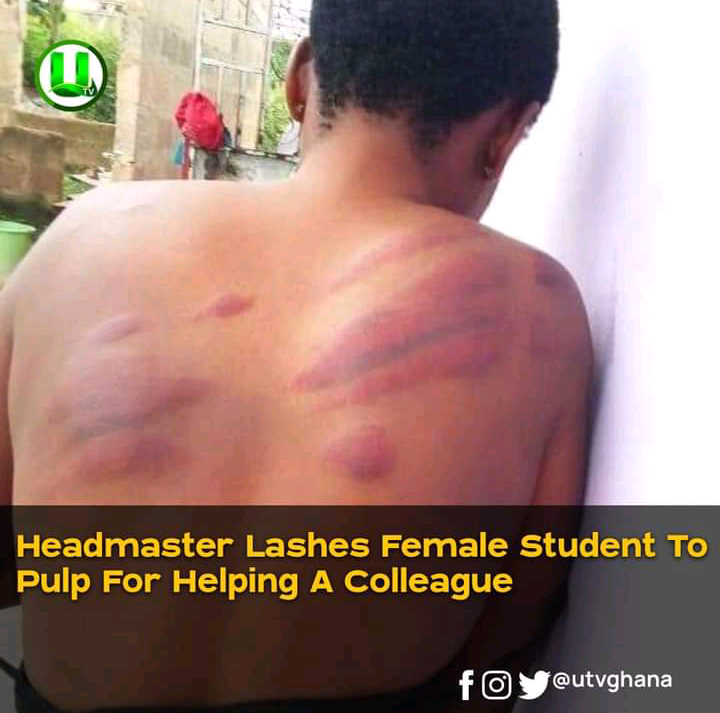 Identified as Mary, the 19-year-old final year student while speaking on Akoma FM‘s current affairs and political show GhanAkoma Tuesday, September 7 laments she was whipped with cane by her headmaster without any justification.

A final year student of Jachie Pramso in the Bosomtwe District of the Ashanti region has been given several lashes by the headmaster for giving her jacket to a male colleague who has been penalized.

Mary Amoako, a 19-year-old and General Arts student was given several lashes by the headmaster, who was angry with her for being kind to give her jacket to one male student who came to class without wearing a uniform.

According to Mary, the headmaster asked the boy to remove his shirt and go half-naked to the dormitory and wear a uniform before he comes back to the classroom. She said, she later gave her jacket to the said boy to wear after the headmaster has ceased the boy's shirt and left.This means it will be difficult for her to sit for the subsequent papers of the WASSCE.“Now I can’t even concentrate and learn because I’ve been traumatized I have not been able to go to campus since the incident happened and I’m scared it might affect me.”

The headmaster, according to the girls, later saw the boy going to the dormitory while wearing a jacket, and when he found out that, it was the lady who gave the jacket to the boy, he gave her several lashes at her back resulting to serious bruises.

Content created and supplied by: Kobinablogs (via Opera News )