On The Way Forward, We'll Consult With Our Members — President Of The UTAG

By ghupdates (self media writer) | 11 months ago 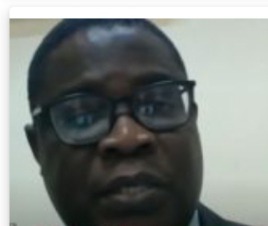 Prof. Solomon Nunoo, National President of the University Teachers Association of Ghana (UTAG), said the Association has planned a meeting with its members to discuss the possibility of resuming work.

Prof. Solomon Nunoo said in an interview that the administration has not done enough in terms of discussions, despite appeals from the Education Committee in Parliament and the public for professors to resume academic activities.

He claims that the government's reluctance to engage in meaningful negotiations has made it impossible to persuade lecturers to call off their strike.

"When it comes to returning to the lecture halls, we made a specific request, and our employers have done very little to accommodate us." Regardless, we need to hold a meeting to assess the entire process. There was a court injunction, as well as a call from the Education Committee and the general public, so these are issues we need to discuss with our members, but our employers have offered no concessions.

"All they've said is that after the strike is called off, negotiations may begin." They have remained silent. Because there is nothing, the work is really difficult, but we believe we must bring it to our members' attention so that we can see the road forward," he told Citi news.

UTAG has been on strike for almost six weeks to put pressure on the government to improve working conditions.

The Labour Division of the Accra High Court issued an injunction on the university lecturers' strike on Tuesday, February 15.

After unsuccessful attempts to persuade UTAG to call off its strike, the NLC took the union to court. The lecturers are expected to call a halt to their strike until the Court rules on the NLC's substantive application.

UTAG wants the government to reinstate the 2012 service conditions, which set the monthly salary for entry-level lecturers at $2,084.

The Association claims that the new agreement has decreased the basic rates for its members to $997.84.

UTAG has been on strike since January 10, 2022, because the government has refused to examine its working conditions since 2017.

Students are still suffering as a result of the instructors' refusal to budge on their demands.

What do you have for UTAG and the NLC?

What do you think the government should do about the UTAG strike?

What is your concern about Students who are still suffering on various campuses?

Please drop your comments in the comments section below.