One of the most talked-about competition events in the country was the recent national science and maths quiz. After winning, the Prempeh College candidates presented the trophy to their school in magnificent style.

Thousands of people tuned in to watch and cheer for their candidates at each step of the event, which was shown live across the country. However, several major schools were eliminated during the competition at various levels, and many people predicted that this time a school that had never won the competition before would win it. As a result, when Keta Senior High Technical School qualified for the finals, many people were excited. 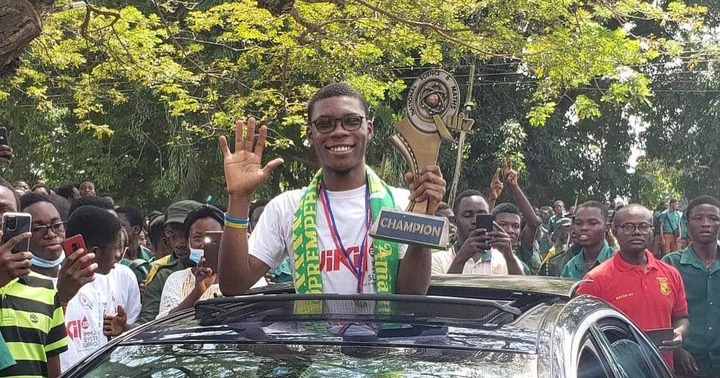 PRESEC Legon, Keta SHTS, and Prempeh College were the three schools who qualified for the finals. Only Keta SHTS has never won or even made it to the finals among these finalists. During the semi-finals, the Keta SHTS students demonstrated their prowess, and many people believed they would win the trophy. However, things quickly changed for them during the finals.

The competition's final was tense, and the auditorium was packed with people cheering on their favorite school to victory. However, Prempeh College won the competition with 53 points, defeating PRESEC Legon and Keta SHTS in the final round. 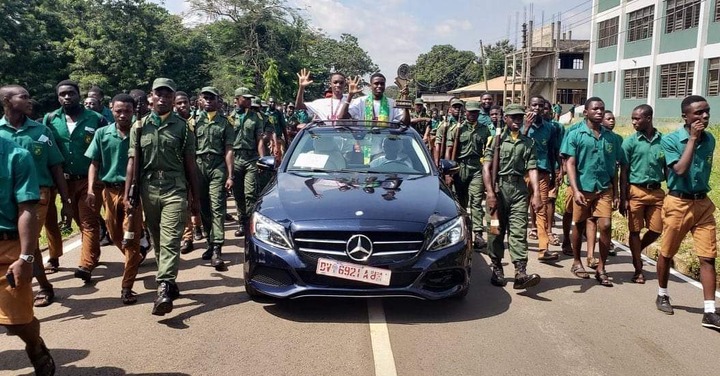 This is their fifth time winning the NSMQ tournament, and it also granted them bragging rights as the greatest school in Ghana, which they demonstrated when they returned with the trophy to their school. In a photo that has gone viral on the internet, the school demonstrated to everyone that they are the greatest by receiving the champions in grand style. As shown in the image, the champions arrived in a Benz car with the trophy and were greeted by a cadet procession as they entered the school's campus. There were a lot of other students cheering them on as they returned to school. Others are seen photographing the champs as they carry the NSMQ champions trophy to their school.

Who Is Ayisha Yakubu?