Tyrone Marhguy One Of The ‘Achimota Rejected Rasta Boys’ To Confirm Admission Into A New School.

Tyrone Marhguy one of the Rastafarian boys who were rejected by the Achimota school has confirmed that he has been admitted in a new school and that he will make it known to the public very soon. 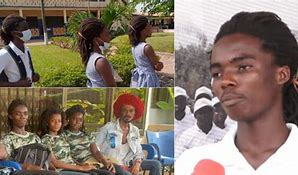 The incident that lead to this account was that the Achimota school made it clear that they can’t admit students with dreadlocks popularly known in Ghana as Rasta, after the boys based on their beliefs decided not to cut their hair during their admission processes. 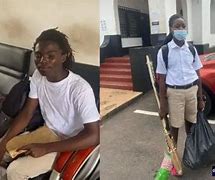 This issue became viral after a parent of one of the boys posted a video to address his concerns. The media took the issue up and it became a huge topic which was heavily debated on, across the length and breadth of the country.

Ghana education service (GES) even intervened, lawyers and prominent people in Ghana gave their concerns but still the Rasta boys were not admitted into the school.

It seems that finally a school has taken the bold step to admit these Rasta boys as Tyrone Marhguy one of the “Achimota rejected Rasta boys” twits to confirm his admission in an unknown senior high school. 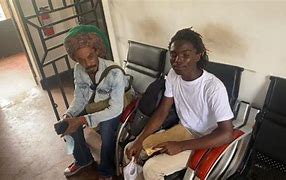 After his twits’ people have raised concerns as to whether it is right for him to disclose the school that has admitted him or not.

Wofa yaw ansong one of Marhguys followers decided to advise him not to disclose the school, “congrat but I don’t think that is necessary, the more you get exposed the more they find a way to attack you, just relax and finish your education then come back to fight that system stronger”

See more comment from Marhguys followers in the shots below. 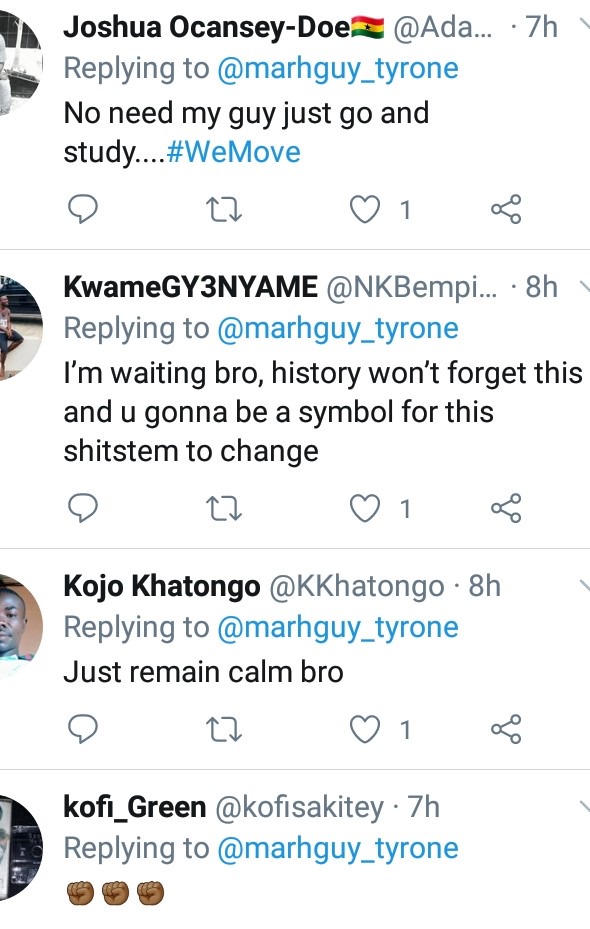 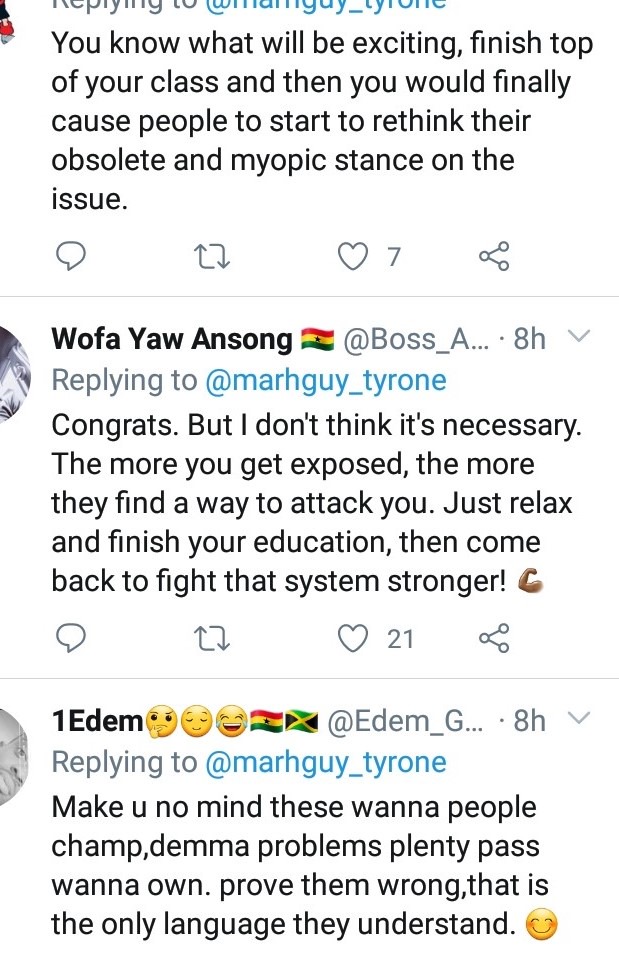