By Jmahama (self meida writer) | 1 months 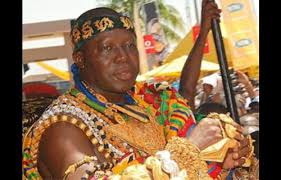 The royal King of the Asante empire OTUMFUOR Osei Tutu II was born on the 6th of May 1950 to Nana Kwame Boakye Dankwa and Nana Afua Kobi Serwaa Ampem II. He was named after his paternal grandfather Ohenenana Kwaku Duah of Kantinkyiren in the Atwima district. He is the youngest of five children. He is from the Oyoko dynasty.

At about five years, OTUMFUOR moved into the royal household of his uncle, Oheneba Mensah Bonsu as early preparation for his future task.

He is married to Julia Amaning

He had his elementary school education in Kumasi in 1964. He then proceeded to Sefwis Wiawso Secondary School for his O'level and then to the Osei Kyeretwie Secondary School. From there, he went to the Institute of Professional Studies now University of Professional Studies where he studied accounting. He further proceeded to the Polytechnic of North London for his Diploma in Management and Administration. 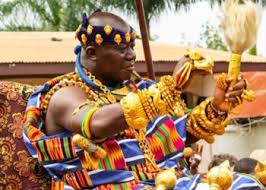 OTUMFUOR is a staunch Christian of the Anglican Church.

Between 1981 and 1985, he was a Senior Consultant at the Mutual of Omaha Insurance Company in Toronto, Canada.

He returned to London in 1985 and became the Personnel Officer at HPCC Stonebridge Garage Project in London.

He later found his own company-Primoda Financial Services LTD in London.

In 1989, he returned to his native country to start a transport business - Transpomech International(Gh) Ltd.

He is the chancellor of the Kwame Nkrumah University of Science and Technology (KNUST).

He is a Grand Patron of the Grand Lodge of Ghana.

He is also a Sword Bearer of the United Grand Lodge of England.