Mixed Reactions Over The 19-Year Old SHS Final Student Who Was Severely Whipped By The Headmaster.

There had been a waxed and waned reactions by Ghanaians over the student who had received several lashes from her headmaster for disobedience.

The Main Story: In the early hours of Tuesday, 7th September, 2021 News cited on UTV Ghana has it that a final year student of Jachie Pramso in the Bosomtwe District of the Ashanti region has been given several lashes by the headmaster for giving her jacket to a male colleague who has been penalized. 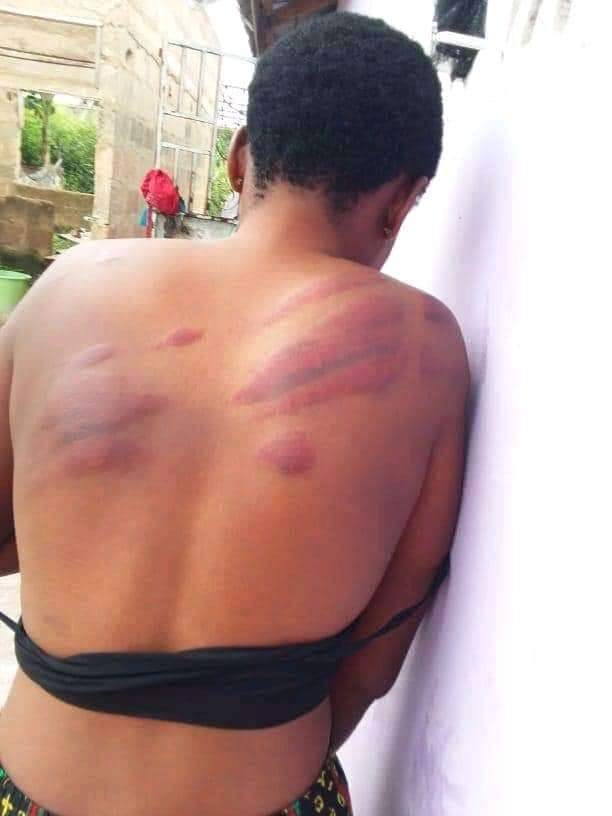 It was because Mary Amoako, a 19-year-old and General Arts student was given several lashes by the headmaster, who was angry with her for being kind to give her jacket to one male student who came to class without wearing a uniform.

According to Mary, the headmaster asked the boy to remove his shirt and go half-naked to the dormitory and wear a uniform before he comes back to the classroom.

She said, she later gave her jacket to the said boy to wear after the headmaster has ceased the boy's shirt and left. 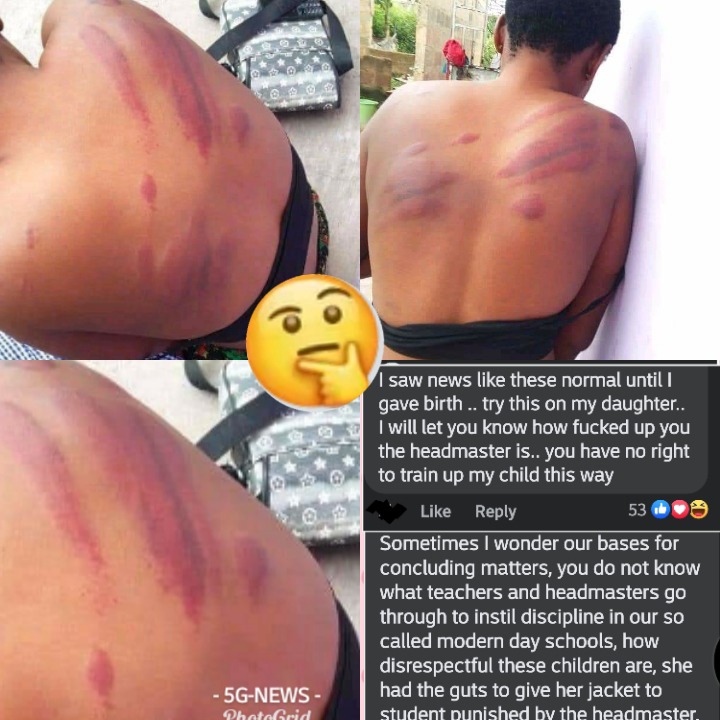 The headmaster, according to the girls, later saw the boy going to the dormitory while wearing a jacket, and when he found out that, it was Mary who gave her jacket to the boy, the Headmaster gave her several lashes at her back resulting to serious bruises.

Opinions: A student has done something wrong and you as a Headmaster wanted to punish the student. Fine you has the right to punish him. But the question now is; was asking the student to go half-naked the suitable punishment? No. Not at all!! Supposed the dormitory is far from the class and the boy will be walking amidst other students and Teachers till he get there.

Besides, the lashes to Mary was too much. When punishing student's you should at the same time have compassion for them after all they are not your enemies.

Reactions: Below are mixed reactions by Ghanaians.