By Africamedia.gh (self meida writer) | 19 days 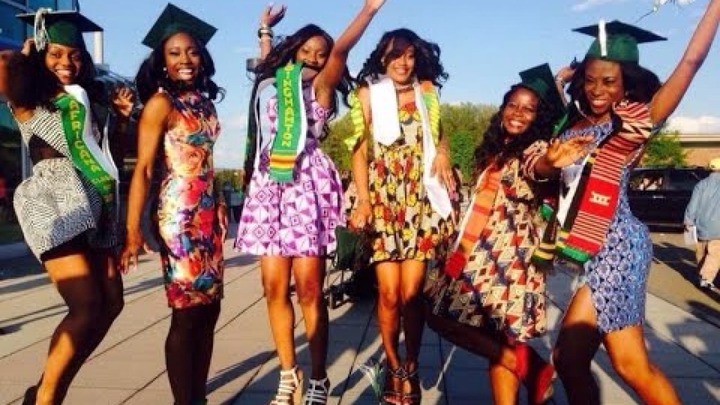 The world economic forum accessed 140 countries including 38 African countries, to rank the best education systems based on skill development. The report looks at the general level of the skills of workforce and the quantity and quality of education in each country.

Development digital literacy, interpersonal skills and the ability to think critically and creatively.

On this article, I will bring you the top 10 countries with best education systems in Africa.

Namibia has a population of 2.34 million, ranks 100th position in global education system and 10th in Africa with a scored of 52.7. It is 43rd in global ranking on Extend of staff training and 82nd on critical thinking in teaching. In Namibia, it is mandatory for every citizen between the age limit of 6 to 16 to recieve an education. For this 10 year academic period, the Namibian constitution charges the government the responsibility of providing fund for education. Literacy rate is at 88.2%

Egypt ranked 99th position on global education system, and 9th best in Africa with 52.8 points, slightly ahead of Namibia. It ranks 70th on global digital skills among population. Compulsory education last 12 years from age 6 to age 17 and the literacy rate was at 71% on 2017 according to UNESCO.

Surprisingly, Cape Verde followed closely behind Egypt at 98th position on global education system and number 8 in Africa with a score of 53.3. It is 53rd in critical thinking in teaching and 71st on Ease of finding skilled employees globally. The country has a population over 546,000 and literacy rate is estimated at 80%.

Primary school education in Cape Verde is mandatory between the ages of 6 to 14 years and free for children of ages between 6 to 12 years.

The East Africa country ranked 95th position on global education system, ahead of India and behind Brazil. It is the 7th best in Africa with a score of 55.4. Kenya is 21st on Ease of finding a skilled employees and 43rd on digital skills among population globally. Compulsory education lasts 12 years from age 6 to age 17 with a population of 49.7 million, 17.58% of total government expenditure in 2017 went to education and literacy rate is at 78.7% according to UNESCO.

Botswana ranked 92nd position on global education system behind Iran and ahead of Brazil. It holds the 6th position in Africa with a score of 56.7. It ranks 67th on Extend of staff training and 76th on Mean years of schooling.

The second North Africa country on this list, Algeria ranked 88th position in the global education system and 5th in Africa with 57.4 points. It is aslo 65th position on school life expectancy with a population of 41.3 million, the literacy rate is at 75 percent.

And for the top 3 countries with the best education systems in Africa.

Since July 2005, the government introduced free transport for all students. Schooling is a compulsory up to the age of 16. Mauritian students consistently rank top in the world each year for the Cambridge international O Level and international A and AS level examinations.

The second best education system in Africa is found in Tunisia, which ranks 71st position on global education system with 61.4 points. It ranks 49th position for school life expectancy and 51st for pupil-to-teacher ratio in primary education. Since gaining independence from France in 1956, the government of Tunisia has focused on developing an educational system which produces a solid human capital base that could respond to the changing needs of a developing nation. Education is the number one priority of the government, with more than 20% of government's budget allocated for education. Literacy rate as at 2015 was 81%.

1. And the country with the best education system in Africa is Seychelles.

A small country with about 95,000 people, Seychelles holds the position for the best education system in Africa with 69.3 points. It is the only African country in the top 50 education system globally at 43rd position ahead of Ukraine, Hungary, Russia and United Arab Emirates. It holds a global ranking of 28th position on critical thinking in teaching and 34th on skillset of graduates.

It is the first and only country in Africa that has fully achieved the education for all goal, set by UNESCO. In 2016, according to UNESCO, the government spent 11.72% of total expenditure on education. Education is compulsory up to the age of 16, and free through secondary school until the age of 18. 98.9% of the population age 15 to 24 is literate.

A rough summary of a few other countries; Ghana ranks 104th in global education system and 12th in Africa ahead of Zimbabwe. While Nigeria seats at 124th position in the world and 25th in Africa behind Rwanda.

Currency News: How Much Is A Dollar, Euro And Pound Sterling In Ghana Cedis

Meet Raychiel The Latest Instagram Sensation Who Is Causing Stir Online With Her Curvaceous Body.

How To Make Small Breasts Look Bigger (For Girls)

In a month, another flyover will be built near Pot Roundabout. (Watch)