Thanks For Training Me In University Education, But I Can No Longer Be With You Again - Lady Says

One of the stories that is often discussed on social Media platforms is tales about Relationships. There are many scenarios where people invest in the Education of their partners, but along the line they end up breaking-up with each, or at times one will no longer be with the other because of some certain issues.

The reason why some couples breaking up is caused when one attends a University, or obtains a higher educational level more than the other. Thus one will decide to separate with each other, on the ground that they are not longer on the same level.

Story circulating on all social media platforms in Ghana is where a certain Lady, who kept her identity unknown has come out to seek for people's advise, on what to do over her decision to leave her Boyfriend.

According to the unidentified Lady who took to her personal Facebook wall to narrate her ordeal, stated that she was 14 years old when her Parents died. She then met a young man who was just a fruit seller on the streets, when she was seventeen years old, but he was able to sponsor and train her in school. Adding that the young man later secure a job in a company as a Truck driver, where he raised money to train her in University Education. And the wish and vision of the man was that the both of them will end up with each other in the future. 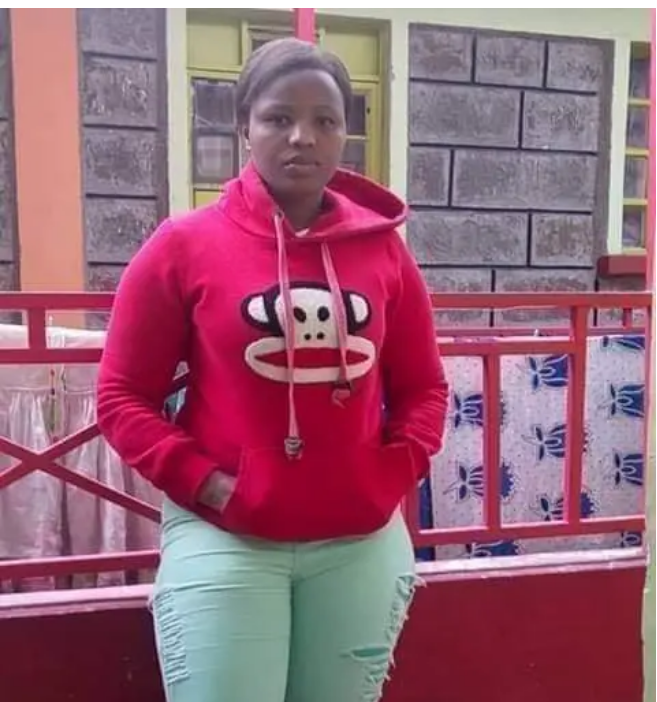 According to her post, she stated that the man is no longer in her level any more, thus she wants someone that can fit in to her personality. Adding that she Appreciates the fact that this man trained her in school, and paid all her bills and School fees, but the truth still remains that she cannot be in a relationship with him again, because he is a truck driver.

"I so much Appreciate the fact that he sent me to school and paid all my school fees, but seriously I cannot be in a relationship with a truck driver again. Am currently looking for someone in my level, who will suit in to my personality. I have learnt that no one should marry for sympathy, or out of pity. In marriage, it should be for love and not the other way round. I was young when I met him, but I have gotten to the stage where I can make my own decision. Please what should I do concerning this, help me on my decision", She Said. 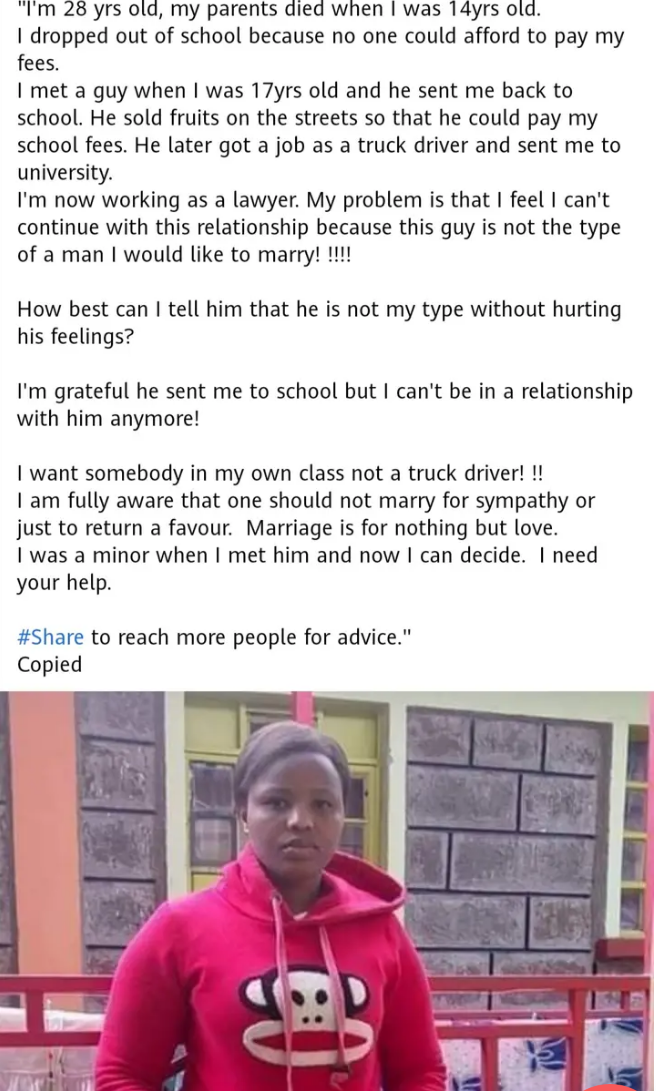 Meanwhile, the position of her truck driver is certainly unknown in her life, but she has made it clearly that she cannot be in Relationship with him again, because he is not in her class anymore.

Let us know your opinion over this on the comment box below.