The qualification stage for this year's National Science and Math Quiz competition is gradually coming to an end.

The truth of the matter is, any school that comes out victorious will attest to the fact that, being in a competition of this kind is not an easy task at all. Some of the schools who lost were very determined while those who defeated their competitors had to work really hard to attain such an achievement.

As we speak, the qualifiers for central region is still in session, and the overall trophy winner will soon be identified.

One of the most anticipated contests for the day was held among four top-rated second cycle institutions in cape coast. These schools were Mfantsipim, St. Augustine's College, Wesley Girls and Swedru SHS.

Anybody who has followed the program for a long time will confirm this contest was definitely going to be an easy win for Mfantsipim SHS. However, in situations like this, you can never predict the winner till the competition is over. 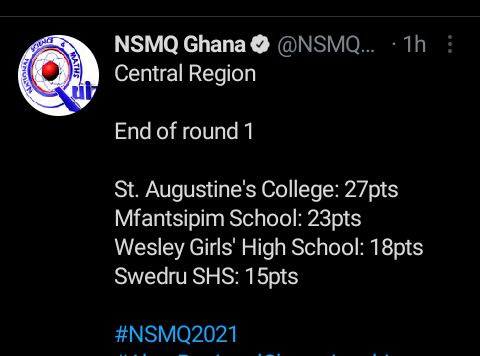 The challenge began on a very low note after Mfantsipim lost by a narrow margin in the first round. During the second phase of the contest, they proved there were a better side by holding on to their second place position. 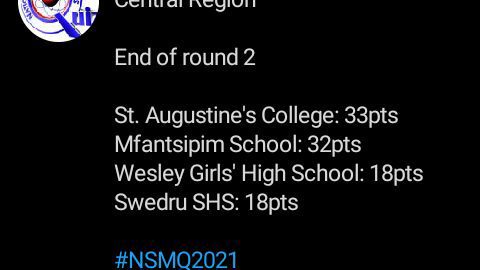 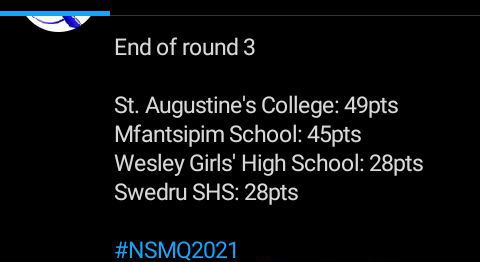 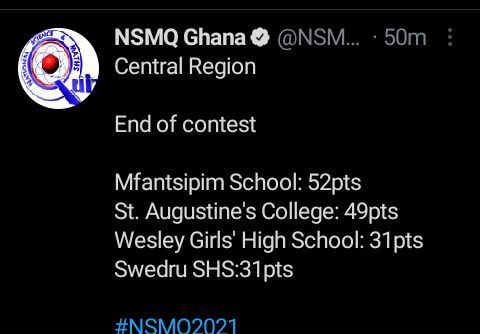 The third and fourth round wasn't a different story at all. They kept pushing like they usually do. As expected, the final results came in, and they were pronounced winners of the contest. 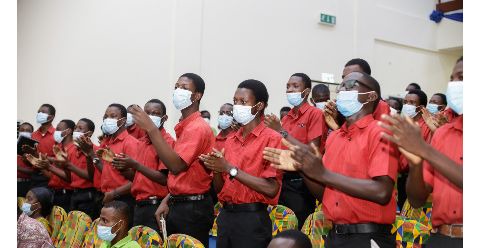 The outcome of this keenly contested quiz indicates they will be competing in the finals of the regional championship. They will be joined by the three best performing schools who will be lucky enough to score the highest mark after their contests.

My advice to the 'Botwe' boys is they should keep training because they have a long way to go.

HOTENT will keep you updated on every major contest that will be organized as time goes on.