By tayelma (self media writer) | 1 year ago

"Being in school was a tough thing, I won't lie to you. I never knew I would graduate because I didn't have everything to help me like a normal student" Miss Rachel Esinam Amenyedor shares her sad but determined story of how she finally got into the university and graduated among the best in the 2020 class of computer science(diplomat) at Ghana Institute of Management and Public Adminstration (GIMPA).

Her story begun in senior high school after being convinced to pursue science and later offer medicine by her father. Her father's dreams were short lived after she didn't do too well in her WASSCE. He was really disappointed and refused to partake in going round or helping her get a school. She then took matters into her own hands and went to GIMPA by herself to enquire about admissions since most of her friends had started university. Unfortunately, the admissions were over and she was told there was no way she could do computer science since her three electives were not strong. Luckily enough, with the help of some people she was able to get into the diplomat class for computer science which started recently with a duration of 2 years. At that same time, her dad had gotten her admission into IDEAL College to write NovDec, better her WASSCE grades and pursue medicine after. This was a depressing moment in her life because she was formerly the school prefect of her senior high school and the first female regional president for Legion of Mary, hence, so much was expected from her but rather she was resitting with her juniors. Also, her resit exams and her Monday classes at GIMPA were at the same time so she stopped writing her exams.

"I didn't know what I was studying but all I knew was I had to pass a course in my first semester in order to enter degree fully", said Miss Amenyedor. In a class of thirty students where about 70% had pursued ICT courses she was the only one who had never had a personal laptop and had little knowledge of computers. " I knew nothing much about a computer. I never had a laptop", she continued. She recalled her first day in class where she was laughed by the whole class because she couldn't read some technical terms. She also said she had no laptop the whole of her 1st year as a computer science student and it got to a point where they were asked not to come to class without a laptop. "I wept", she said. "My mum carried her office desktop and system unit and brought it to me at school, I even wept more."

" I never knew I was so good in my class until I made it my aim to pass the class. " I would sit with someone at the back, perch and look at what the person was doing. That's how I learnt my programming so my fundamentals were weak". But she didn't settle for less, she would read the coding instructions she wrote and asks questions in all her class. " I didn't want them to overshadow us because we were doing diplomat", she said referring to the degree students they used to have classes with. She faced all the humiliation that were thrown her way by some degree students who refused to work with her simply because she was a diplomat student. She worked hard and eventually procured good grades for her group members. " I did most of the group work especially Project Management", she said. Her hard work paid off and she started being called upon to explain problems thereby making her known by everyone. "I resolved not to get a C. I needed to do my best, that was my aim. I had to pass. I just knew I had to be successful. I had to prove to my brothers that women can actually do it". Her resolution earned her a place amongst the best four in her diplomat class and the only computer science diplomat graduate this year in GIMPA. She graduated with great joy on 4th November, 2020. 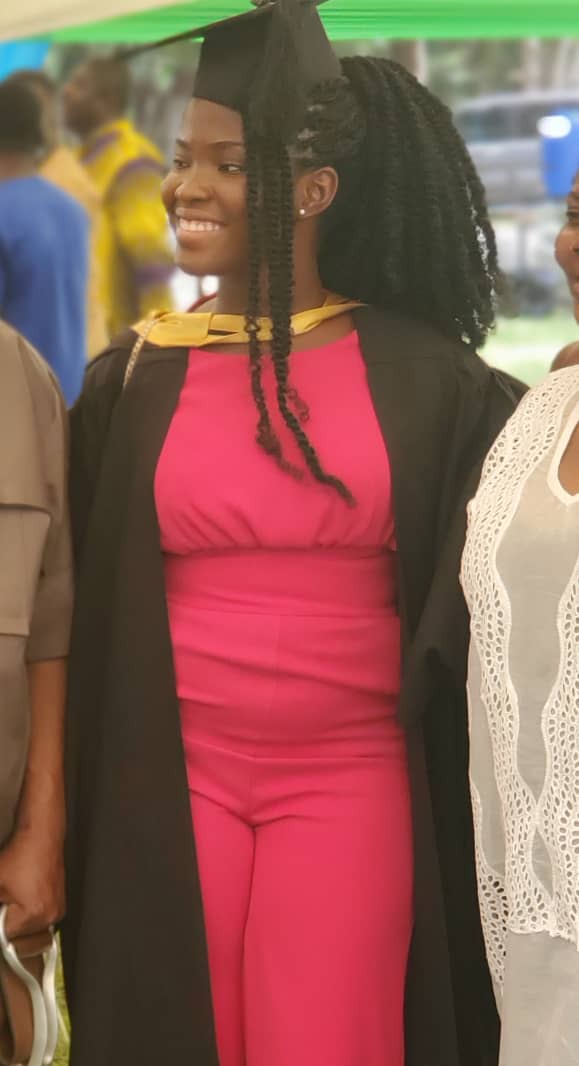 Her story, indeed, is an inspirational one!

Content created and supplied by: tayelma (via Opera News )