A lady identified as Mrs Diana Esky who is a school teacher has  revealed how she lost her lovely son and the gift she gave him before his death.

According to the lady, she was eating with her husband when my son’s friend came to give them the news that her Matui had been involved in an accident while traveling to the location where he will do his Youth service. 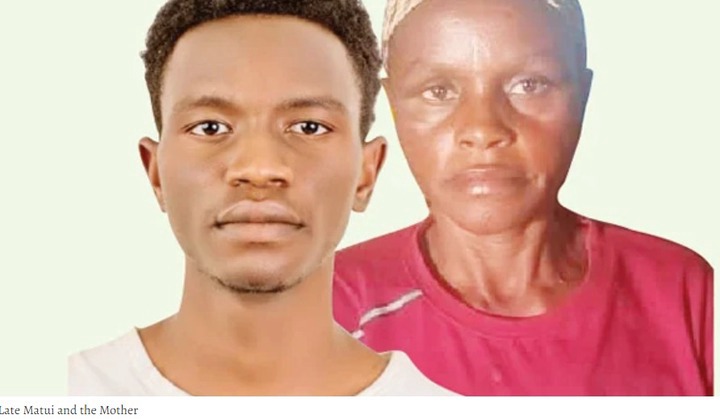 As any mother would do, she quickly traveled all the way to the hospital where the boy was but upon reaching there, her son was pronounced dead.

According to Diana, when Matui went to do his higher National Diploma, she struggled and struggled but she wasn’t ready to go for his Youth Service with the first batch after graduating. His results were out and his father gave him money to go and print it out, when he came back, he told his parents that the NYSC’s portal has been open for registration. His mother gave him money to register and because of how desperate she was, she contacted a woman who worked at the NYSC headquarters to help them get a closer place for her son because of his father’s condition (stroke). But unfortunately it did not workout as planned.

The lady further stated that her son had no interest in going for youth service now but she persuaded him to do so and reminded him of how his father’s colleagues promised to get him a job. So, he agreed to go for youth service.

After some Autopsy on the body it was confirmed that the boy hit his head on something during the accident.

Revealing details of her last moments with her deceased son, Diana said, "I went into his room the morning before he travelled, and I asked him if he had put a Bible in his bag, but he told me he had not. I told him that he could not be travelling for three weeks and not go with his Bible, and I gave him a Bible and counselled him to ensure he read it in camp. He collected the Bible and thanked me."

This lady will never forgive herself, she will feel as if she is the cause of her son’s death. I just pray she will be able to get over it in Jesus name.

My flesh and my heart may fail, but God is the strength of my heart and my portion forever.

No matter what happens, God is with his family and well wishers, May His Soul Rest In Peace. Amen!