The Valco Trust Fund has built and handed over a kindergarten (KG) block to the Faithkope District Assembly Basic School in the Ada East District of the Greater Accra Region to assist minimize schools beneath trees and repair deplorable infrastructure. 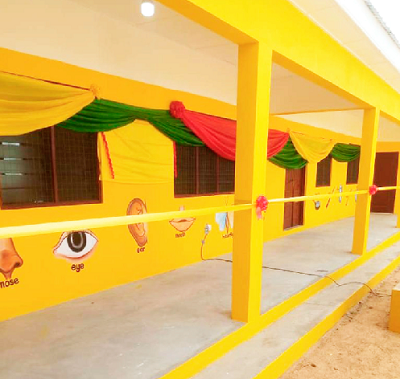 The facility, which was built with the Ministry of Energy's help, comprises a two-unit classroom, a headmaster's office, a canteen, furnishings, two water tanks, separate washrooms for boys, girls, and the headteacher, and is powered.

The VALCO Trust Fund, which was created in 1971, is dedicated to the growth of education and science as well as Ghanaian development projects.

Over the years, the fund has provided different educational facilities to both secondary and higher universities, including buses and vehicles, books for libraries, and science laboratory equipment.

In a speech read on his behalf at the project's opening last Tuesday, Minister of Energy Dr Matthew Opoku Prempeh said the VALCO Trust Fund and the Ministry of Energy were spearheading the fight to abolish schools under trees in conjunction with stakeholders.

He emphasized that the VALCO Trust Fund had pledged GH6.8 million to begin the construction of 18 schools around the country, with Faithkope being the first to be finished and dedicated.

“All of the other 17 schools are in various stages of completion, and eight of them will be done by the end of September this year, and the other nine will be completed by the end of October,” the Energy Minister stated.

Mr Yeboah said that, with the help of the Energy Ministry, 32 more KG blocks — in addition to the 18 originally planned for — would be built in November, bringing the total number of new KG blocks to 50. 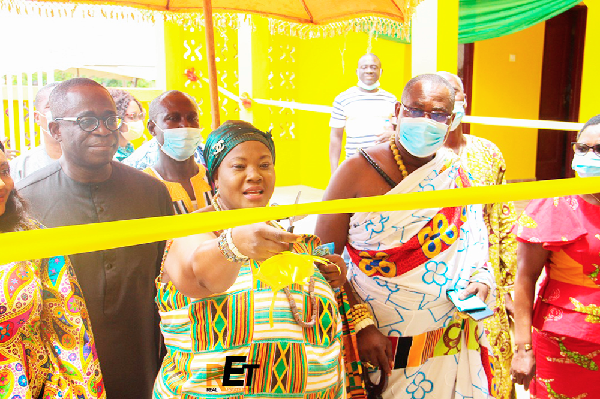 He urged the Ghana Education Trust Fund (GETFund) to set aside funds for the upkeep of educational facilities around the country.

Ms Monica Ankrah, the Greater Accra Regional Director of Education, advised the teachers to make sure the facility was put to good use and served the purpose for which it was established.