Did You Know Dr Kwame Nkrumah Was A Lecturer At Lincoln University - Read More History About Him.

By Ghana2day (self meida writer) | 7 days 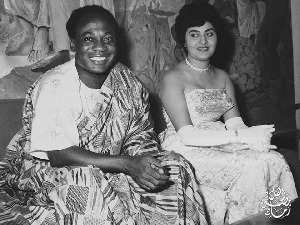 Dr. Kwame Nkrumah was born at Nkroful in the Western Region on 21st Sept, 1909. Kofi Ngonloma was his father and mother was Elizabeth Nyanibah. 1st Lady Helena Ritz Fathia (Egyptian) was his wife.

Dr. Kwame Nkrumah was a lecturer at Lincoln University.

In 1948, he become Secretary to the United Gold Coast Convention (U.G.C.C). In 1949, he resigned as General Secretary to U.G.C.C. and formed the Convention People's Party (C.P.P) In 1950, he was arrested following riots, resulting from the declaration of Positive Action.