By Joshua_Anabila (self media writer) | 1 year ago

Bernard Nyarko, (died May 2, 2020)[1]commonly known in show business as Bishop Bernard Nyarko, was a Ghanaian actor and comedian who recently became a full-time preacher.[2][3][4] He was known for the Hero: Service to Humanity (2017) and Sidechic Gang(2018) movies. 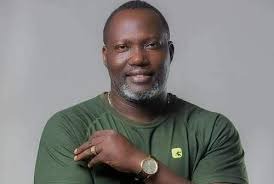 Bernard Nyarko was the 7th born among 14 other children. He was married with three children.[6] He came into the limelight around 2012 and was featured in several local Ghanaian movies including Wanted, Aban Bo sia, Boyz Abre, Sunsum Police, John and Johnand others.

Bernard began his kindergarten education at the Swedru Salvation Army in the Central Region of Ghana where his parents were staying at the time due to work commitments. He then moved to Primary one at Nsawamwhere his mother, who worked at the PWD, stayed. Since his father, who served as a police officer, had been transferred to the Kumawu area, Bernard then moved to Kumawu Presby Primary School for his Primary two (2). Bernard then moved to Asem Boys M/A Primary School[8] in Kumasi after his father was transferred to the Zongo Police station in Kumasi.[9] He then moved to complete form five at the Tweneboah Koduah Senior High School, Kumawu.[10] He finally completed his sixth form at the Osei Kyeretwie Senior High.

Bernard Nyarko was honored in 2017 by the Kwame Nkrumah University of Science and Technology (KNUST) for his contribution to the National Union of Ghana Students (NUGS).

Content created and supplied by: Joshua_Anabila (via Opera News )