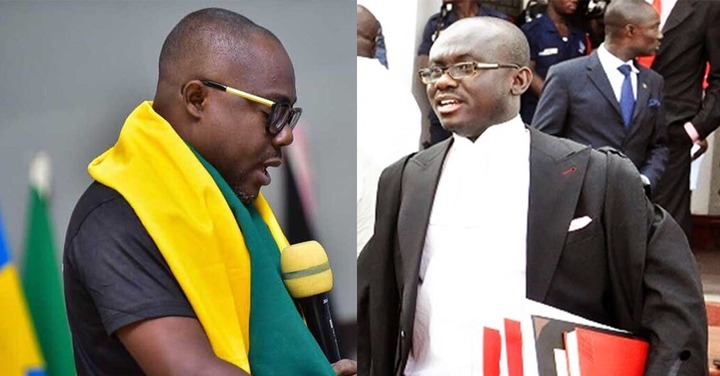 A lecturer with the Political Science Department of the University of Ghana, Professor Ransford Edward Gyampo has responded to Ghana’s Attorney General and Minister for Justice, Mr. Godfred Dame on a comment he made about the Achimota Senior High School and the Rastafarian student brouhaha.

According to Professor Ransford Gyampo, the country must sometimes apply common sense on some issues and put the laws aside.

Mr. Godfred Yeboah Dame had argued that the ruling on the Achimota Rastafarian case by the High Court will impose “far-reaching implications” on the country.

He argued that the ruling may open the floodgate for other lifestyles in the various schools. He says some cultures or lifestyles can be imposed on the rules of the schools and an appeal must be effected for clarity.

He however advised the school to allow the students to be in school whilst the appeal process is being pursued.

The stay of execution has been withdrawn and one of the students has already reported to the campus of the Achimota Senior High school.

But Professor Ransford Edward Gyampo has reacted to the statement made by the Attorney General and Minister for Justice.

According to Ransford Gyampo, the laws can sometimes be put aside for common sense to be applied. In a post made on his Facebook wall, Professor Ranford Gyampo indicated that critical thinking must be considered at times.

“We are not lawyers. We are just creatures of logic and critical thinking. We are not creatures of emotions. We reasoned along these lines long ago. It’s not always about what the laws say or what interpretation is given to it by any court made up of fallible mortals. It should be about common sense”. He indicated with an image and a story of Godred Dame attached. 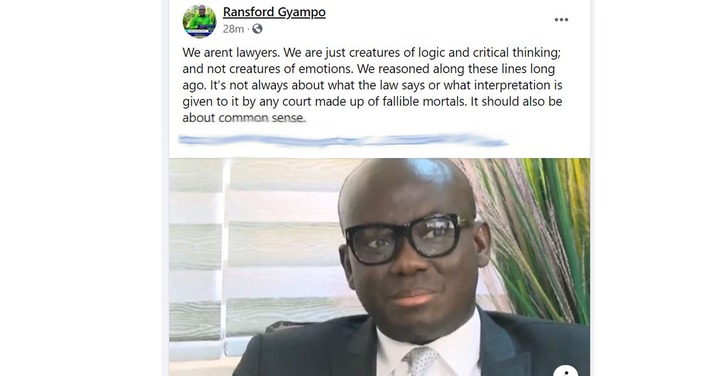 The issue of the Achimota Senior High School rejecting some Rastafarian students due to their dreadlocks has for some time now become topical.

The case ended in court and the Achimota School was ordered to admit the students. The ruling has since been met with divided opinions among the public.

Whilst some are hailing the judge for the decision, others believe it will open the flood gate for others to impose their religion on the schools.