Online footage recently surfaced showing Nana Amoatia Ofori Panin, the paramount chief of Akyem Abuakwah, giving money to bystanders. Some of the students at a certain school are thought to have received 20 cedi notes when the secret amount of money was distributed to them. The talented presenter Captain Smart discussed the controversy that this kind of act online sparked.

On his regular rantings, the morning program host on Onua TV, who also works as a linguist, seized the chance to explain why chiefs in Ghana divide the wealth. He asserted that according to custom, what he did was acceptable because any money he shared was thought to have come from the stool.

It is according to local customs because he was dressed in his kente cloth. The white people imitated this program and called it child support.

He continued by saying that the president should be respectfully reminded that Ghanaian schoolchildren require child support. He concluded by saying, "When a chief's shoes are taken off, it only indicates that he has been deposed. Ideally, the chief's actions should not be viewed negatively because they are in keeping with Akan traditions and customs." 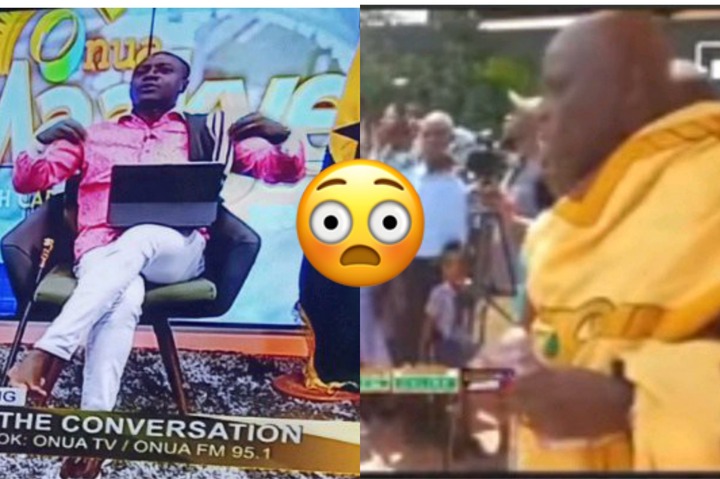