By Optimistic3 (self media writer) | 1 year ago

As old as we may be ,there are certain events in our lives that usually makes us emotional and sometimes weeps uncontrollably irrespective of where we find ourselves when we are remembered of those events.

Stephen Pambin Jalula the deputy ministerial nominee for roads and highways could not hold back his tears when he appeared before the appointments committee of parliament.

This emotional moment for the deputy ministerial nominee designate for the roads and highways was a result of a question asked by the minister of communications madam Ursula Owusu Ekuful .Madam Ursula Owusu Ekuful wanted to know why he left a note in his curriculum vitae that he could not write his final year examination in senior high school.

The nominee then became very emotional as he recounted how violence disrupted his secondary school education at Damongo.

He told the committee that a group of pupils wanted to take a revenge on the the students of Damongo senior secondary school following a conflict between Gonjas and Konkombas.

According to him ,what transpired that night has had a very devastating effect on him as a young man. He added that , during the conflict,lives were lost and properties destroyed and others got disbplaced.

So the students whose family members were affected in the conflict in one way or the other decided to visit their frustrations on their colleague students of which he happened to be one.

At this point of the narration,he got very emotional and the chairman of the committee Mr Joseph Osei Owusu requested the nominee be given some space to get himself composed for further questions. 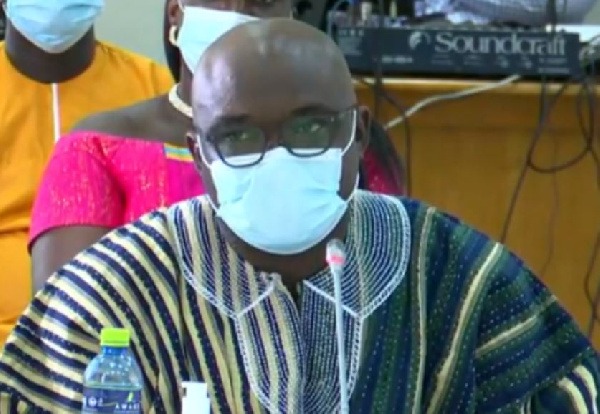 Signs Of High Amount Of Testosterone That A Woman Shouldn't Ignore

Mature Male Customer Forced his Hand Between my Legs, I was Wearing a Skirt- Female Driver Narrates