By SirObanji (self meida writer) | 17 days

Kwadwo Asiedu, father of a Rastafarian boy, Marcus who has gained admission to study at Aggrey Memorial Senior High, has thanked the management of the school for the gesture. 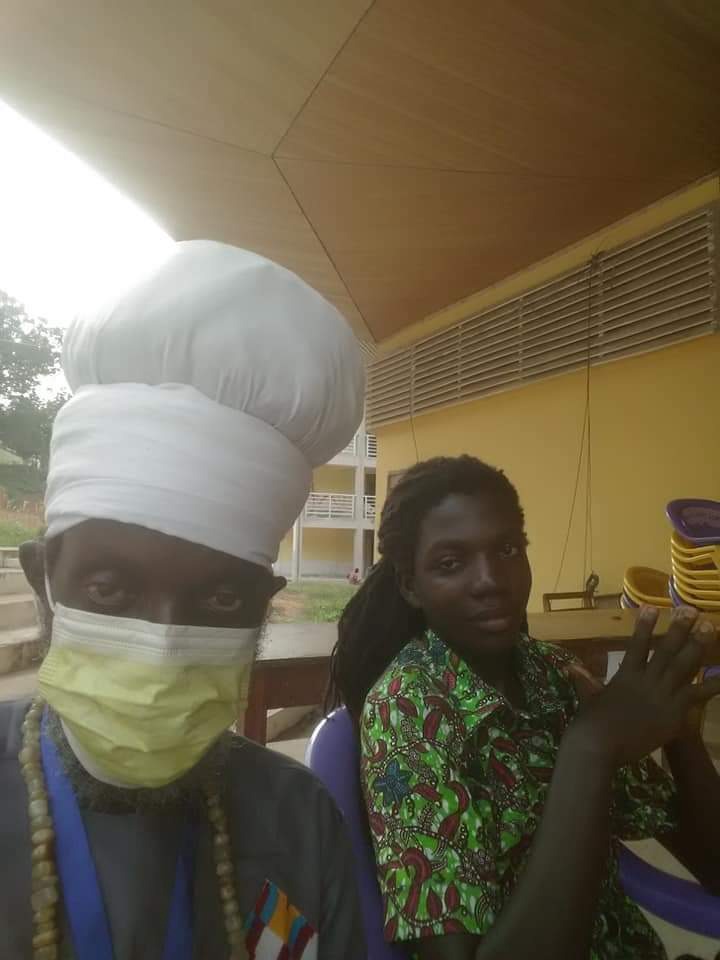 "My heartfelt appreciation and respect to the HeadMistress of Aggrey Memorial Senior High School,Cape Coast,also to the Senior House Mistress,Senior House Master and the staff and management of the school for granting my Rasta Son admission into the school....Marcus is most grateful to be given the opportunity to compete academically with the other students...

We call on the Head mistress of Achimota schoo to stop the discrimination,segregation,racism and the hate policy against Rasta..

We thank all those who have been with us during this trying moments." 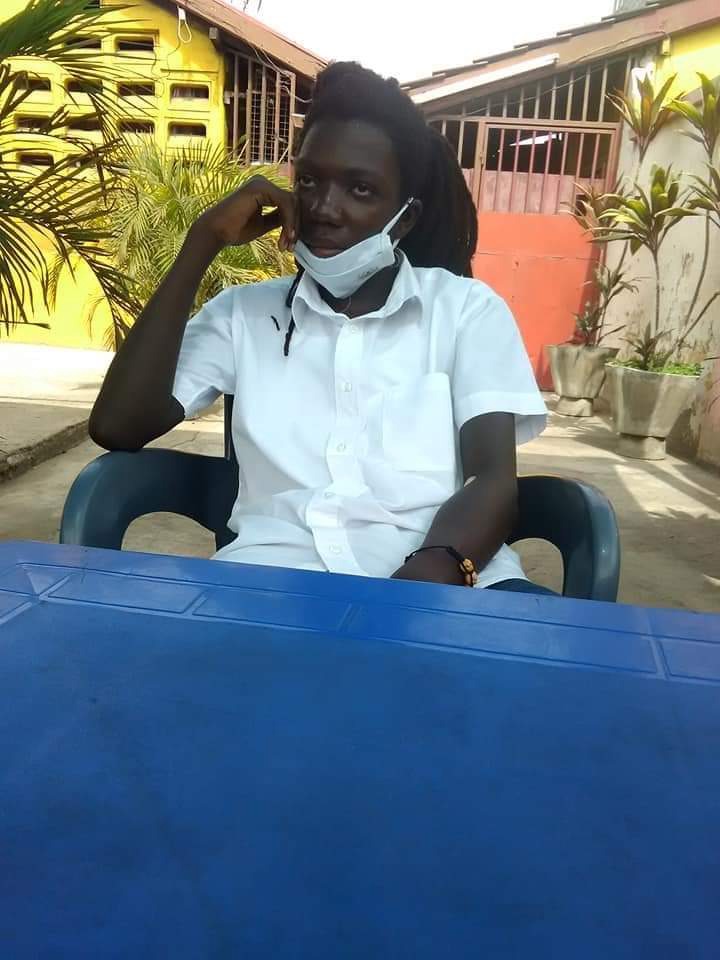 The year was 1940. The country was pre-independence Ghana (Gold Coast and the city - the blossoming citadel of education, Cape Coast). A gallant educationist, Dr. James Kwegyir Aggrey had passed and his nephew, the late Rev. Dr. A. W. E. Appiah, in seeking to perpetuate the memory of his uncle, founded Aggrey Memorial A.M.E. Zion Secondary School on 22nd January, 1940. The new institution was to give young boys and girls an opportunity to attain adequate secondary education which would fit them into higher fields of learning. Aggrey is thus a living tribute to that great son of Africa - Dr. Kwegyir Aggrey.

The school was first christened, Aggrey Memorial College and enrolled six boys as its first students. It occupied, successively, buildings in the heart of Cape Coast Township during the first few years. In April 1940 and with a population of ten boys, the school moved to "Bucknor Villa" in Cape Coast. In January, 1944, Mr. Henry Abaidoo-Brew was appointed the first Assistant Headmaster. The late Mr. Kofi Bentsi-Enchill, a Cape Coast merchant, very generously offered to pay his salary and the rent for the premises. 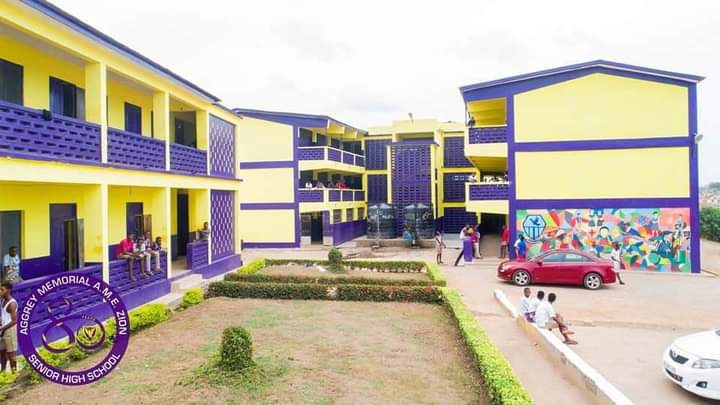 In 1945, a Board of Trustees and Management known as the "Aggrey Society" was formed. Members of the Board were Mr. Kofi Bentsi-Enchill (Chairman), Dr. J. W. De Graft-Johnson, Mr. W. W. O. Lindsay, Mr. J. Magnus Sampson, Mr. S. S. Wood and Chief Kweku Egyir Gyepi, II. In 1947, the African Methodist Episcopal (A.M.E.) Zion Church took over the school as a result of agreement between "Aggrey Society" and the A.M.E. Zion Mission. The name of the school was then changed from "Aggrey Memorial College" to Aggrey Memorial A.M.E. Zion Secondary School.”

The School moved in October 1948 to a three-story building on the premises of the old Cape Coast Post Office near Cape Coast Castle. In 1958, the A.M.E. Zion Church acquired a 43-acre land, released as a Deed of Gift by Nana Attobra of the Nsona Stool Family of Brafoyaw, to the school. 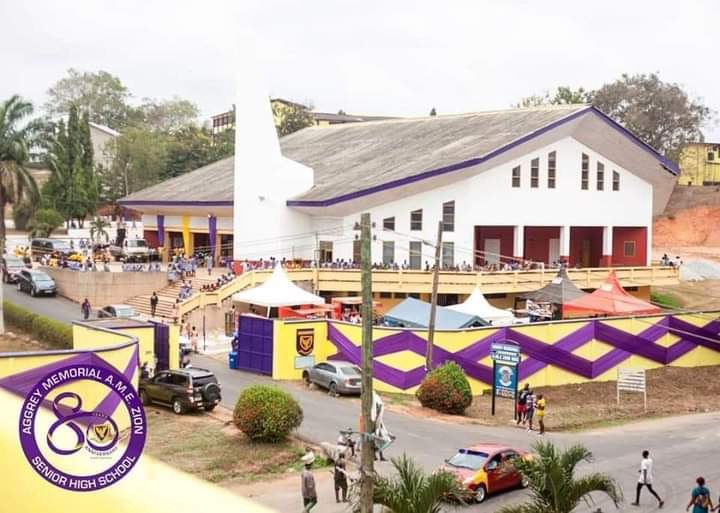 After 18 years on temporary premises, the school moved to its present site at Brafoyaw, Cape Coast in January, 1958. Girls in the boarding house were, however, housed in Cape Coast Township on premises formerly occupied by the "Prospect Printing Press". On 21st January 1966, the girls moved into their new dormitory block across the boys from the Accra-Takoradi road at Brafoyaw

The school's alumi, the Aggrey Memorial Old Students Association, popularly known as AMOSA is one of the most vibrant nationwide. Members are known as Nkor, the Fante word for eagle, the school's totem.