A Student Who Spent 15 Years In One Class Amazed Everyone: This Is One Extraordinary Story.

By popkelly (self media writer) | 4 months ago

Greetings, family! Thank you for taking the time to read this article. I will keep you up to date on everything that is going on in the world. To receive my most recent updates, please click the follow button.

Today we will be looking at one remarkable story. This is the story of a young man who has stayed in the same class for 15 years. He was a regular student. He never missed classes, but unfortunately, never made it to the next grade. Without wasting much time, let's dive in to get the full story.

It might sound strange, but this is true. This is the story of Joseph, who has spent 15 good years in primary school. He has repeated it so many times that he doesn't even remember.

According to his teachers, it would be impossible for him to graduate. Those who went to school with him are now medical experts, pilots, and teachers. Even his current teacher used to be one of his classmates. You might be wondering why Joseph spent all these years in one class.

Joseph is always bullied by other students due to his poor performance. They normally refer to him as "empty-headed". They mocked him, saying he would soon reach his pension age in class one. According to Joseph's mum, his passion and zeal got the best of him.

Joseph focuses and puts more effort into class, but all that effort never pays him back, because at the end of the term, he always comes last. And nobody fights for the last position with him, at least the last position is always for him. 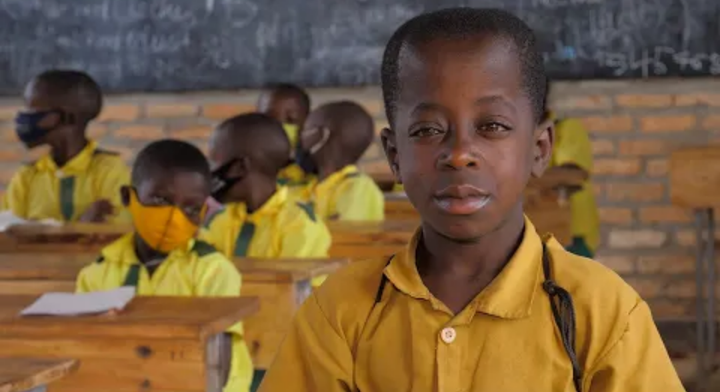 He is 21 years of age, but no one believes he is that old. Due to his appearance, he looks younger. He spent so many years in one class that most of his colleagues are currently graduates from the university.

According to Joseph, most people make fun of him, including both teachers and students. They call him an old man. Joseph said he believed he would one day graduate and make his parents proud. He has always wanted to be president and claims that after graduating, he will pursue his ambitions.

According to his mum, Joseph is her second son, who has a unique story but a sad one when it comes to his schooling. This is because he suffers from a mental disorder that causes him to forget whatever he is taught in class. This causes him to always fail his exams since he is unable to recollect whatever he has been taught.

She believes in her son and hopes that one day he will make it. His zeal and passion are getting stronger with each and every passing day.

According to his mum, Joseph would have been a graduate by now if not for his mental disorder. He easily forgets things. Whenever I send him to buy me something, he brings me another thing. He has to memorize it over and over again before getting it right. This disorder has cost my son a lot, but all hope is not lost.

My son has this uniqueness. He puts all his effort into his studies, even though he fails all the time, but his zeal to make it to the next level is very strong and never gives up. As a mum, all I could do is to support my child's dream. "

How many students are like Joseph? And mothers like Joseph's mom are one in a million. Whatever you are going through, never give up.