Why St. Augustine's College(Augusco) will win the National Science and Maths Quiz(NSMQ) -2020

By NicholasMichaels (self media writer) | 1 year ago 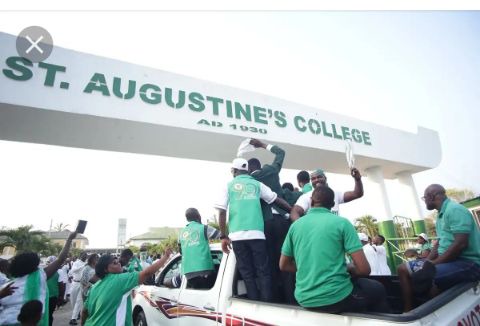 Being situated in Cape Coast, St Augustine's College continues to be one of the best schools in the country. Students who enters the college receive a high standard of education comparable to standards anywhere in the world. Since it's inception in 1930, the college has earned an enviable reputation of being one of the few second cycle institutions in Ghana to have maintained an excellent record training high caliber professionals and leaders for the country due to its dedication to the principles of total development of it's students.

Below are some achievement of St. Augustine's College in the history of NSMQ that proves that, they stand the chance of winning this year's editing too;

The college participated in the National Water Quiz Competition 2003, for Senior High schools to commemorate 2003 as International Year of Freshwater. Augusco was one of the quarter finalists for the schools in the southern sector.

Again in 2003, the Cape Coast Municipal Education Office in conjunction with the Municipal Assembly organized a District Mathematical Competition for all the 12 senior high schools in the municipality. The college representative, Emmanuel Battery -Tettey then in SHS 2, emerged the Overall Best Mathematics Student, and was paired with another student to contest at the regional level.

In 2003, the then Vice President of the Republic of Ghana, His Excellency Alhaji Mahama, launched a national crusade for greater discipline across the country social spectrum. As a follow-up, an essay competition on the theme - " Indiscipline in the Society - The role of students in addressing the problem" for secondary cycle was organized in that respect. Owusu Anning Romeo, representing the college, won the second position. 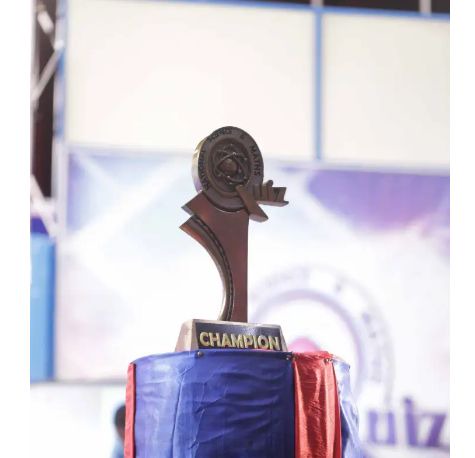 As part of the 30th Anniversary Celebration of ECOWAS, the Ministry of Education and Regional Co-operation and New Partnership for African Development (NEPAD) organized a quiz competition to get students to represent the country at Abuja for the sub regional quiz competition and official celebration of the anniversary. St. Augustine's College emerged the Overall Best school to represent the Central Region in the Southern Sector Competition, at Presbyterian Boy's Secondary Boy's Secondary School, Legon, Accra.

The National Science and Maths Quiz is an annual science and mathematics content-based national level quiz competition for senior high schools in Ghana. It has been produced by Primetime Limited, an education-interest advertising and public relations agency, since 1993.

The college has a strong quiz team and teachers which targets to improve students performance in the National Science and Maths Quiz and continue to establish it's dominance as the major programme of study in the college. 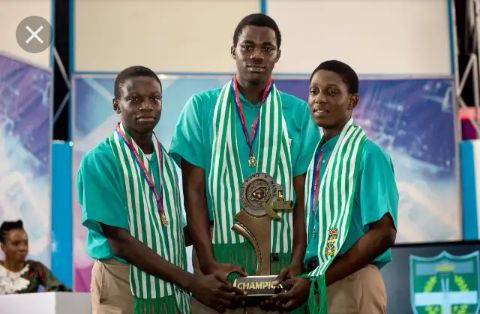 It is said that the reward of a teacher is in heaven. For the students to attain this height of great achievement, the teachers definitely have a big role to play. Big ups to the good to teachers who are helping this quiz boys in all field.

The objective of the team is to win the National Science and Maths Quiz Competitions, which is now on the internet and is attracting national as well as International interest among stakeholders in education.

After many years of participation in the quiz, with near chances of winning the trophy and missing out at the preliminary levels, many years of perseverance ( the college's motto) was rewarded by God in 2007, when the college quiz team beat Kumasi Anglican Secondary Scho

As a further proof of the College's domination that year, two members of the College Quiz Team were selected to form part of the team that represented Ghana in the ECOWAS Quiz, 2007. 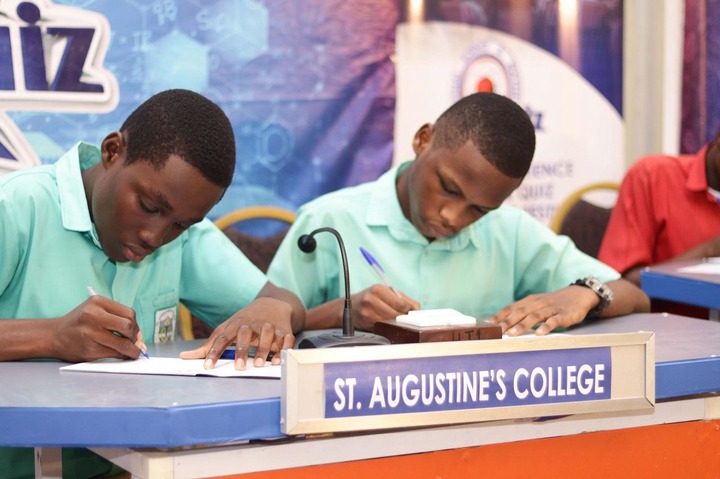 Since them the college was silence in the National Science and Maths (NSMQ). But in 2019, Augusco cleared their throat to show their presence in the contest.

Represented by Jimmy Newton, Joseph Afful and Papa Eliason, the college won the finals of the 2019 edition of the Ghana National Science and Maths Quiz. However, the current team is very promising. And can be assured that, they are going back for the trophy. This was the second time the college had emerged winners of the competition, after having won it for the first time in 2007. The College also won the 2016 edition of the Sprite Ball Championship.

Go Augusco! Go for Gold. Back to back is possible!

What are your thoughts too.

Content created and supplied by: NicholasMichaels (via Opera News )

The Proper Time One Should Get Married And Enjoy The Marriage