Two LGBT Members In Trouble As University Authorities Boldly Chase Them Away From School Hostel.

By Pen_Sound (self media writer) | 7 days ago 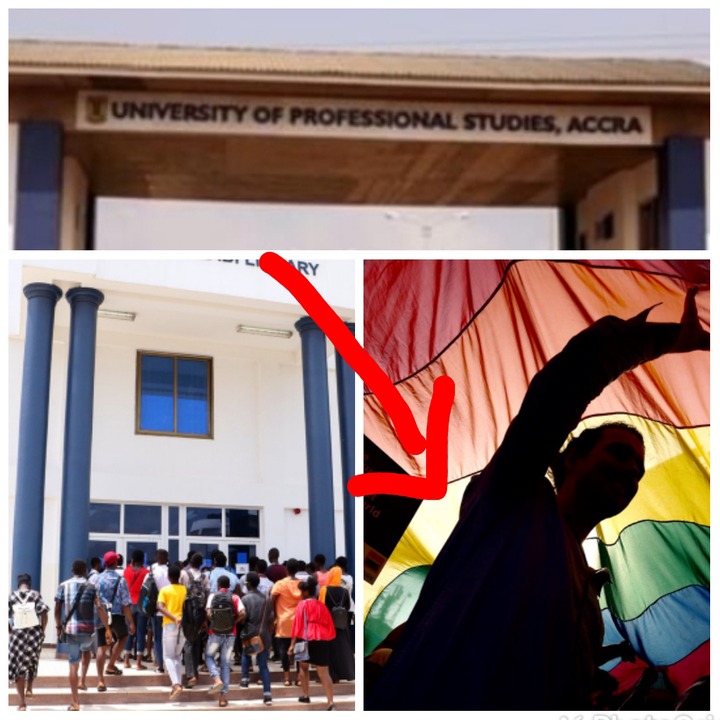 According to TV3 News, two female LGBT Members ( lesbians) has been chased from the University of Professional Studies Hostel in Accra.

According to the reports, the authorities explained that the action of the two lesbians is against the code of conduct and ethics of the university.

" For now they have been sacked from the Hostel for Engaging in LGBT activity .We won't entertain that. More sanctions could be imposed because we've referred them to the school's authorities for further action " Mr Dominic Adinkra Kwayie told the press.

After the action of UPSA, many people have lashed out at them. This is because, they could have referred the victims to a psychologist or counsellor for help. That would have been better than coming public disgrace them before the whole world.

The names of the victims was however covered. That doesn't take away the fact the university authorities played on emotions, religion and by laws to disgrace the girls. 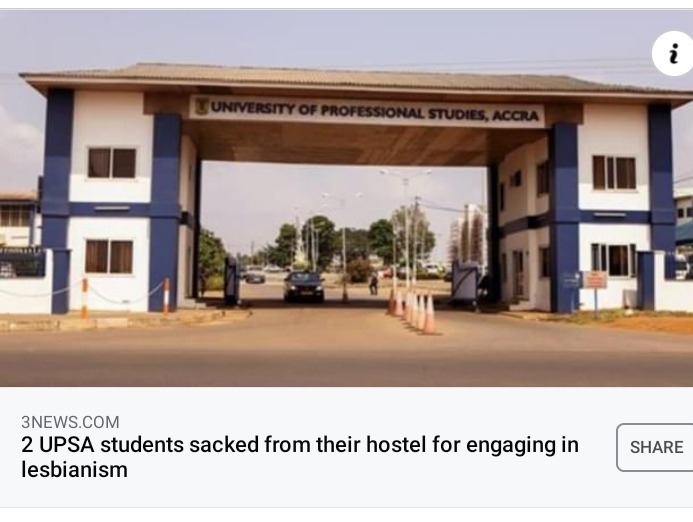