Ever since school became compulsory, surprise quizzes and exams have always been students' worst fear! But in South Korea, home of Samsung and Squid Game, the annual suneung exam is literally a matter of life and death. And to integrate the best universities in the country, the only guarantee of access to a privileged social and professional status, the suneung is, so to speak, an essential step. Today we are going to learn about the terrible suneung, which many consider to be the most difficult and crucial exam in the world. 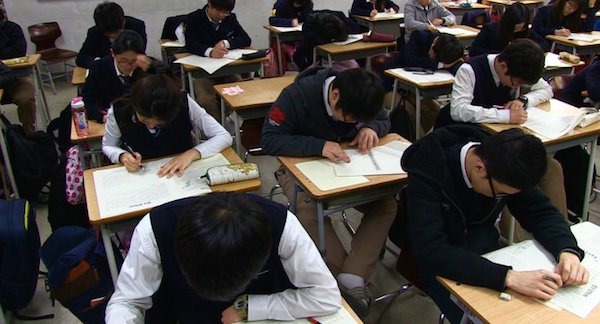 Since the independence of South Korea after the Second World War, its education system has improved significantly over time and generations. The country, which in the meantime has become the tenth economic power in the world, has indeed had to adapt its institutions in order to live up to its new requirements and responsibilities. After many revisions and other notable changes in substance and form, the South Korean education system has finally opted for strict state controlled education. The latter has therefore chosen to make education a real national priority, since ultimately, it is the only guarantor that will train the elites of tomorrow.

It should therefore come as no surprise that the education system in South Korea is one of the most difficult and burdened on the planet. And the competition between the students is also the toughest there, because each parent would like their offspring to have the best grades at school, even if it means investing tens of thousands of euros for this. Because who says advanced schooling, necessarily says support courses, and in South Korea, it is a market that brews millions of euros each year. They are called hagwons, a kind of private institutes where teachers provide support courses to students, for huge fees. 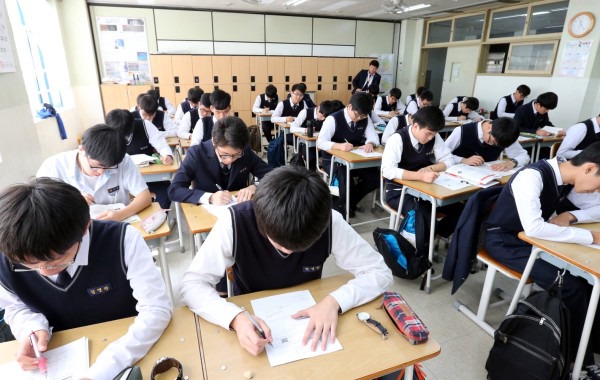 These crash courses can very often drag on until very late at night, thus encroaching on the sleep time of the poor students. South Korean students must indeed type almost 50 hours of study per week, or even more, to conform even a little with the infernal rhythm of their schooling. They start their school day at eight o'clock. And they won't finish it for most of them until around midnight, or even until even later hours. From 9:30 p.m., there is an incessant procession of special school buses, which take the students to their respective hagwons, where they will then begin their second course session.

It is thus more than 15 hours of daily study that young South Koreans must undergo, which largely encroaches on their basic needs for sleep and free time and leisure. This quasi military system is supposed to prepare children for one of the toughest and most unaffordable exams on the planet, the famous suneung. This entrance exam to South Korean universities is indeed the ultimate ticket for students to access the most prestigious university establishments. It is literally the most important test of the life of a young South Korean, even almost a compulsory rite of passage which will make it possible to value you, or the contrary, it will only depend on your results. 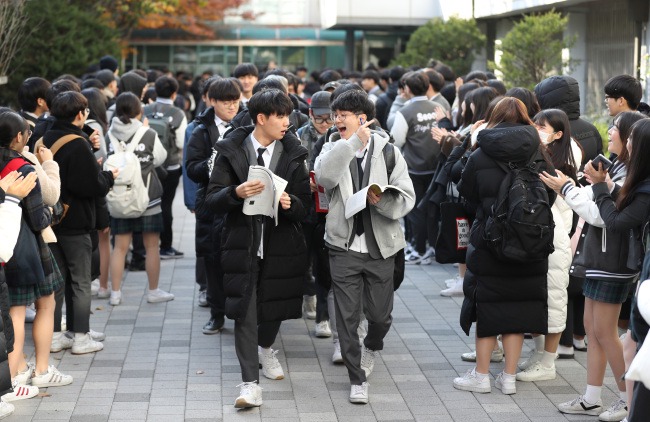 The suneung is a test that will indeed determine the professional and social future of young South Korean students. Because in order to be able to access a notable and well paying position tomorrow in one of the country's flagship multinationals, they really have to graduate from one of the three most fashionable universities in South Korea. Designated by the acronym SKY, these three prestigious universities, Seoul National University, Korea University and Yonsei University, are indeed the institutions most sought after by students.

And continuing their higher education in one of the SKY universities is literally like reaching the firmament for them. But precisely, in order to access it, it will be necessary to boast of having the best marks in the suneung! And you will see that even working there 7 days a week, with 16 hours of daily classes, the task is far from easy. Of course, they must not bring with them any documents or electronic devices, nor even food or snacks. Because eating could distract the other participants. The test itself is a multiple-choice quiz or MCQ, most often including subjects such as Korean, math, English, Korean history, as well as social studies or vocational education, and finally a foreign language of your choice.

The content of the test is based on South Korean textbooks, but the secrecy that encompasses the questions that are asked there reaches a dimension of state secrecy. The professors in charge of developing these questions are indeed literally isolated from the rest of the world for a month, housed in the greatest secrecy in the province of Gangwon, and handsomely paid for their work. The secrecy is such that the teachers chosen to develop the MCQ su suneung must strictly reveal nothing to their families or friends, and justify their one month absence by going on vacation abroad.

It is therefore out of sight that the group of handpicked teachers will begin to develop this terrible exam, which nevertheless remains the holy grail for the majority of young South Korean students. And it must be said that the sacredness of this test is such that the entire South Korean nation is in turmoil on D-Day, with the mobilization of the police and even the military.

A Palm Symbol For Happy And Successful Marriage.