Epistles Of Worried Teachers: Adutwum Is A Disaster

By DumeviJeorge (self meida writer) | 9 days

When His Excellency Nana Addo Dankwa Akufo-Addo started naming his ministers, one name that was met with joy about persons who he was going to work with was Dr. Yaw Osei Adutwum, Minister of Education. 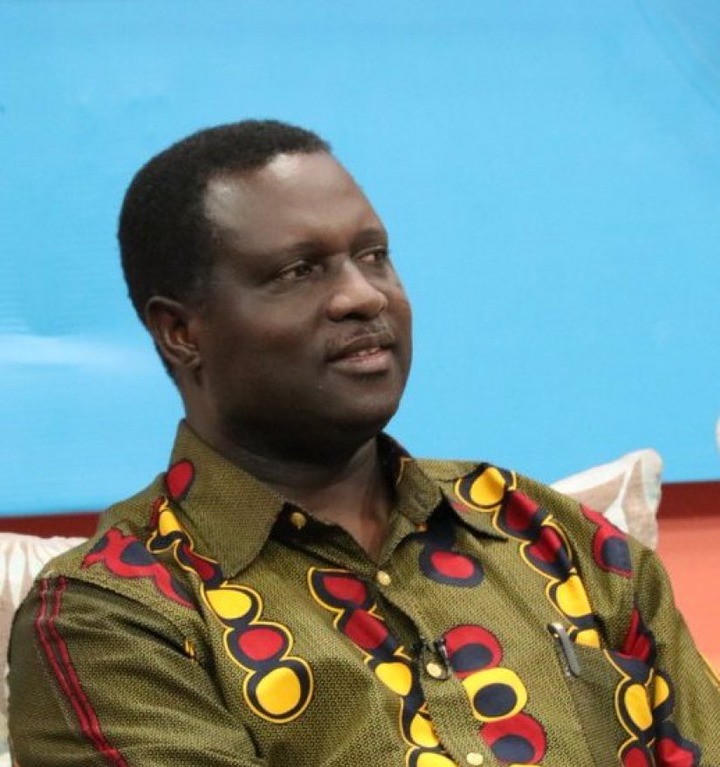 As an educationist there was the general feeling among stakeholders and people familiar with the sector that he was going to work to make the government flagship programme, Free Senior High School (Free SHS) better because his predecessor left a good legacy.

Today, the expectations and hopes of those who hailed the appointment of Dr. Adutwum have soon eroded few months after he was approved and sworn in by the Parliamentary Appointments Committee and the President respectively.

He is a walking disaster as the education sector, especially the Second Cycle (Free SHS) is in turmoil. There is no clear game plan on how the system is being run.

On countless number of occasions reopening and vacation dates have been postponed, making parents and stakeholders in education wonder if there is any proper coordination between the Ministry of Education and the Ghana Education Service (GES).

Under the watch of Dr. Adutwum, students who were in the company of their parents on their way to school were asked to return home because the date for reopening had been changed. This is the state of Secondary schools under the leadership of Dr. Adutwum, someone who touted himself not too long ago as mister knows it all as far as the education of Ghana is concerned.

What was intriguing about that mishap was the fact that the GES and for that matter the Ministry of Education had ample time to inform parents of the change in date but failed to do so.

It later emerged through some displeased Heads of Schools that the decision to change the date to reopen schools for the final years was because of lack of food to feed the students.

There is no doubt that the National Buffer Stock Company has not been resourced by the Ministry of Education to procure food for the schools. It is an open secret that the quality and quantity of food for students in the SHS have reduced drastically due to this development.

The problem of lack of funds for the Buffer Stock Company to procure food has always been there but in the past, the minister knew how to facilitate the provision of such items for smooth operations of all sectors under his domain despite the lack of funds making it seem effortless.

The Heads of Schools are now monitored for voicing out about the lack of food for the final year students being the reason why the reopening date was rescheduled. There is culture of silence going on among Heads of SHSs for fear of being victimized.

The communication skills of Dr. Adutwum are very weak and there is enough evidence to show that some media outlets are overhyping him, the main reason why his numerous deficiencies appear to be covered up.

Dr. Adutwum has placed the government in an awkward position with his assertion that parent of SHSs students who are capable of paying fees could do so.

The government has been portrayed in a bad light and his utterances suggests clearly that the government does not have the resources to run the Free SHS effectively as claimed by some Heads of Senior High Schools.

As usual, the media henchmen of the education minister are out there doing damage control for their darling boy but the truth of the matter is that they are rather exposing the government to more ridicule.

While teachers are not getting the needed logistics to work with, the Minister of Education appears not to be worried but rather he is interested in the media blitz he is enjoying at the expense of quality education.

The minister is exposing the whole government to public ridicule as the education sector appears to be on auto pilot to the extent that decisions are taken without considering the ramifications on students, parents and to a larger extent the government.

Heads of Senior High Schools who are major stakeholders in the Free SHS programme have been sidelined by the education ministry. They are not involved in decisions that would affect the running of SHSs; however, they are expected not to complain about anything but work with instructions foisted on them.

From what is happening, Heads of Schools would continue to oppose decisions that are foisted on them since such decisions do not inure to the good of the Free SHS programme and until Dr. Adutwum begins to see wisdom in involving Heads of Schools in critical decision making, all that have been achieved by the government after introducing the Free SHS programme would not be appreciated by Ghanaians as it has started.

The narrative for now is that Dr. Adutwum who was touted as having the magic wand to handle the education sector is turning out to be a disaster!