The Impact of Corporal Punishment On Ghanaian Students - Good Or Bad?

By NKBuabeng (self meida writer) | 18 days

The Impact of Corporal Punishment On Ghanaian Students -- Good Or Bad?

We will begin this topic by looking at the exact meaning of corporal punishment, we will also grasp a little knowledge on how it's being abolished in most developed countries and weigh the pros and cons of Corporal Punishments on students in our various African basic to senior high schools.

Physical punishments for crimes or injuries, including floggings, brandings, and even mutilations, were practiced in most civilizations since ancient times. With the growth of humanitarian ideals since the Enlightenment, such punishments are increasingly viewed as inhumane in Occidental societies. By the late 20th century, corporal punishment had been eliminated from the legal systems of most developed countries.

Let's take a look at some of the benefits of Corporal Punishments; 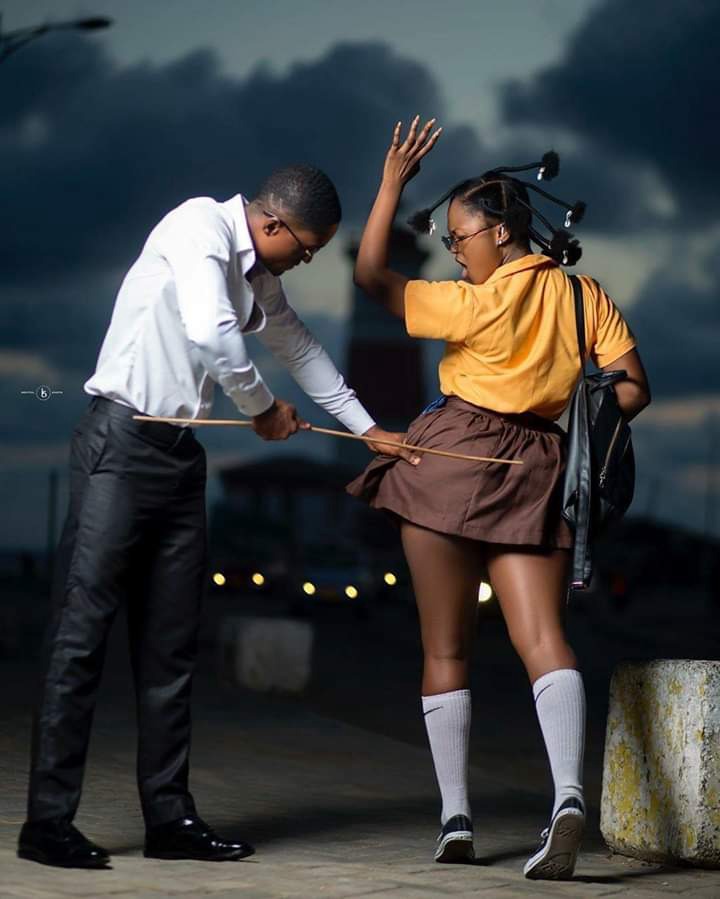 The advantages of corporal punishment

- It helps to serve as a deterrent. When children see that someone has been whipped for misbehaving, they try not to do similar things to avoid getting whipped.

-Certain children can only be controlled through the use of the cane.

-Authorities can instill discipline in children through the use of corporal punishment in schools.

It makes very recalcitrant and stubborn children submit to authority because they fear that if they don’t do the right thing they just might be whipped.

Let's quickly take a look at the disadvantages too;

The disadvantages of corporal punishment

-It can be very counterproductive in the sense that it can sometimes make children hardened and no longer afraid.

-It is very hurtful and can cause severe injuries to a child. This is the reason why in so many places it has been banned in schools.

-Corporal punishment strikes severe fear in the hearts and minds of students and can easily make them drop out of school. Here, they are so afraid that they would be whipped for the least mistake they do. And this constant fear can make the students drop out of school.

-Corporal punishment is very painful and is inhumane to use whips or canes to lash someone. Simply put, it is a barbaric practice.

Human rights organizations and advocates all over the world consider corporal punishment on children to be a form of child abuse.

-When corporal punishment is used excessively in schools and at home, it tends to make them very hostile to their teachers or parents. This can lead to some children fighting back – especially when the pain gets too much to take.

-Corporal punishment can scar children or disfigure them for life – both physically and mentally.

Another disadvantage of corporal punishment is the fact that it can land the one meting out the physical punishment in big trouble. For example, if in the course of beating the child, the child suddenly gets severely injured or dies from the beating, then the teacher, parent, or guardian meting out the punishment will face the wrath of the law.

Considering both the advantages and disadvantages of Corporal punishment, do you think that it's still needed in our African schools?

The Ghana Education Service (GES) in 2017 officially banned all forms of corporal punishment of children in schools in Ghana as part of efforts aimed at promoting a safe and protective learning environment for children. The GES directed in January 2019 that a Positive Discipline Toolkit which gives alternatives to corporal punishments be adopted by all teachers. The Director of Guidance and Counselling Unit of the GES, Ivy Kumi on Citi TV’s “The Point of View” urged parents to take on teachers who cane their children as same amounts to an assault on the children.

Interestingly, section 31(i) of The Criminal Offences Act, 1960 (Act 29) provides that force or harm may be justified on the grounds of an authority to correct a child, servant, or another similar person, for misconduct. The force used in the correction or discipline of children in Ghana has over the decades included corporal punishments like caning, kneeling, and spanking.

Placing a ban on corporal punishments without a legislative amendment of Act 29 may not have the effective force of law needed to enforce the ban. This is because going by the hierarchy of norms, a legislation passed by Parliament overrides a directive of a government agency operating under a Ministry. As it stands now, a breach of the ban may not necessarily lead to a conviction for the offense of assault so long as it can be argued that the punishment was justifiable and reasonable. Disciplinary proceedings by the GES Disciplinary Committee may be all that a teacher will face.

Education and leadership of a Muslim mother.