By DCKWAMEKWAKYE (self meida writer) | 25 days 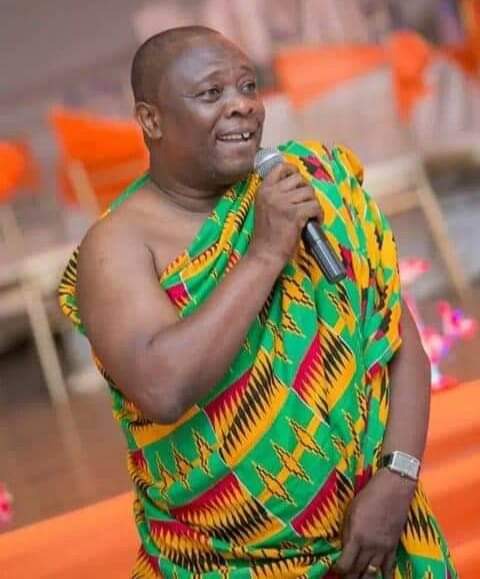 A former Pro Vice Chancellor of the University of Cape Coast and an Educational Leadership Scholar, Prof. George K. T. Oduro has posited that, management of Achimota school did not infringe upon the religious rights of the two Rastafarian students as being argued by some people.

The school only ensured that the students complied with it's rules and regulations regarding dress code, specifically, hairstyle. Insisting that the students remove their dreadlocks and trim their hair to fit the school's identity is no discrimination and should not be construed to mean suppression of minority rights of the students.

He advised against the religionization of the hairstyle issue at Achimota because, like politics, issues that are indexed to religion, only arouses emotions and shrouds objectivity. He argued strongly that dreadlocks is not a monopoly of Rastafarianism. I have read Martin Daubney's 2016 article titled "the hairstyle truth? Dreadlocks don't belong to one culture" and this is explicitly the case . Rastafarianism doesn't depend on dreadlocks. With or without dreadlocks, one can still practise the religion.

My search suggests strongly that dreadlocks provide an identity to Rastafarianism but Rastafarianism doesn't depend on the wearing of dreadlocks. The literature suggests that Marcus Garvey and Emperor Haile Selassie were both very committed Rastafarians but neither of them wore dreadlocks. As summed up in the lyrics of Morgan Heritage 'You don't haffi dread to Rasta' , Rastafarianism is more about the heart and the mind, rather than dreadlocks on the head. Let me also mention that my own late uncle Ɔbosomfo Kofi Nsiah of Agona Asafo was fond of wearing dreadlocks but he wasn't a Rastafarian. We should also not forget that some young people wore dreadlocks just for fun or to attract attention.

In the light of the insights I have gained from the literature, I don't think management of Achimota Senior High should be put under pressure to admit the two students with their dreadlocks on.

Prof. Oduro said, every school has an identity which helps to distinguish its students from students of other schools. "Because of this, what the authorities of Achimota School did was not wrong at all. They never said they were not going to admit the students based on their religion. They were only enforcing the hairstyle rules of the school".

He further observed that comparing Western Culture as benchmark for determining values for our young ones at the pre-tertiary level is inappropriate. "I acknowledge that in some advanced countries students wear any dress that pleases them to school. But, let's note that every country has its own culture that defines the identity of it's citizens and drives their lives.

"At the centre of the culture of most Western countries is individualism so individual values supersede that of communal values. Individual culture dominates. What individuals chose to do is what they do. In our part of the world, however, we cherish communal values. Whatever you do as an individual has implications for the community or the society". Because of this We cannot therefore import Western Cultural values and practices into our country without considering the Ghanaianness in such imported values.

The Educational Leadership Scholar added that, his observations notwithstanding, students who have peculiar needs linked to ill health or any other need could negotiate with the management of the school for concession, instead of taking it from a human rights angle.

"Maybe if the parents of these Rastafarian students had taken the negotiation approach, we wouldn't be here having this discussion" he stated.

When asked, whether he didn't think such behaviours from the schools authorities amounts to marginalisation of minority rights, Prof. Oduro said, "If we, as a nation, will view the dreadlocks issue as suppression of minority rights, then we have no business kicking against the rights of homosexuals because they also fall within the marginalized cohort".

Prof. George K. T. Oduro was speaking to Kwaku Dawood commonly called Kawunda on Benya FM in Elmina today, Friday 26th March, 2021 sharing his views on the misunderstanding between some Rastafarian students and the authorities of Achimota School.

In ending the conversation with Kawunda, Prof. Oduro noted that if we don't allow school rules and regulations to be enforced as in this case, a time would come that school management would become very challenging.

He added that, there are a lot of religious identity in this country and as such if we allow this because of Rastafarians, then what happens?

Irrespective of one's religious persuasion, if you decide to go to school and the school doesn't allow such religious expression, I don't think they have erred, Porf. Oduro ended.

When NPP say "we have the men" what they mean is Hon. Henry Quartey - A Plus boldly tells