By Political_Agent (self media writer) | 1 month ago 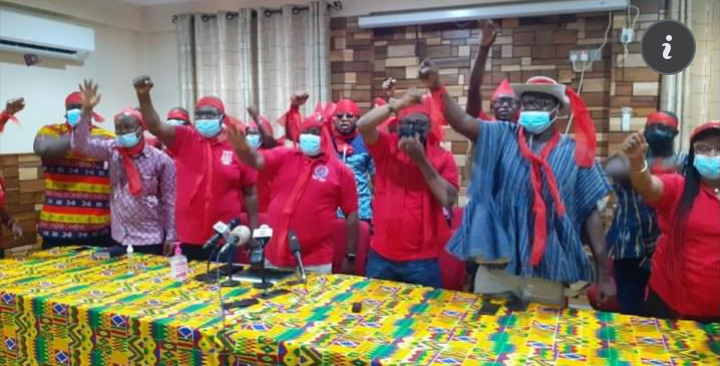 Some members of the Ghana National Association of Teachers (GNAT) Task Force have been deployed to schools to ensure strict adherence to yesterday's nationwide strike action declaration. The strike action commenced yesterday, July 4,2022. However, it is expected to take full force beginning today, July 4 across the country.

According to reports, members of the task force visited some schools will be visiting more schools today across the country to inspect general compliance by teachers and school heads. In a social media post sighted by Bricy Boateng on Facebook, the following information was delivered to GNAT members, and it reads, 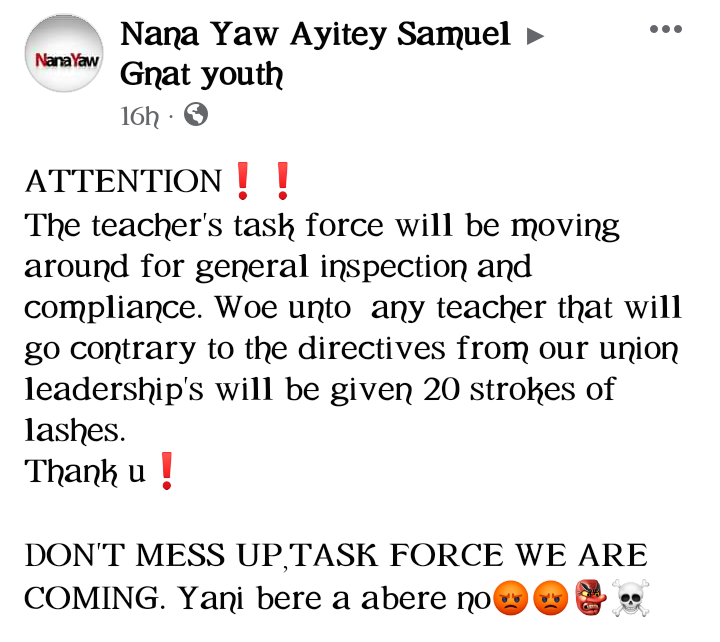 The teacher's task force will be moving around for general inspection and compliance. Woe unto any teacher that will go contrary to the directives from our union leaderships will be given 20 strokes of lashes. Thank you. DON'T MESS UP, TASK FORCE, WE ARE COMING. Yani bere a abere no”!

Teachers are hereby urged to lay down their tools and wholly comply with the directive for the industrial action to achieve its purpose. The four major unions in education at the pre-tertiary education viz ; GNAT, TEWU (Teachers and Educational Workers Union), NAGRAT and CCT-GH is expecting a 90 percent compliance rate by members. The four unions declared to the media an indefinite strike action yesterday in the middle of the day in protest of the government's failure to meet their demands for Cost-of-Living Allowance to their members amidst high cost of living in the country. 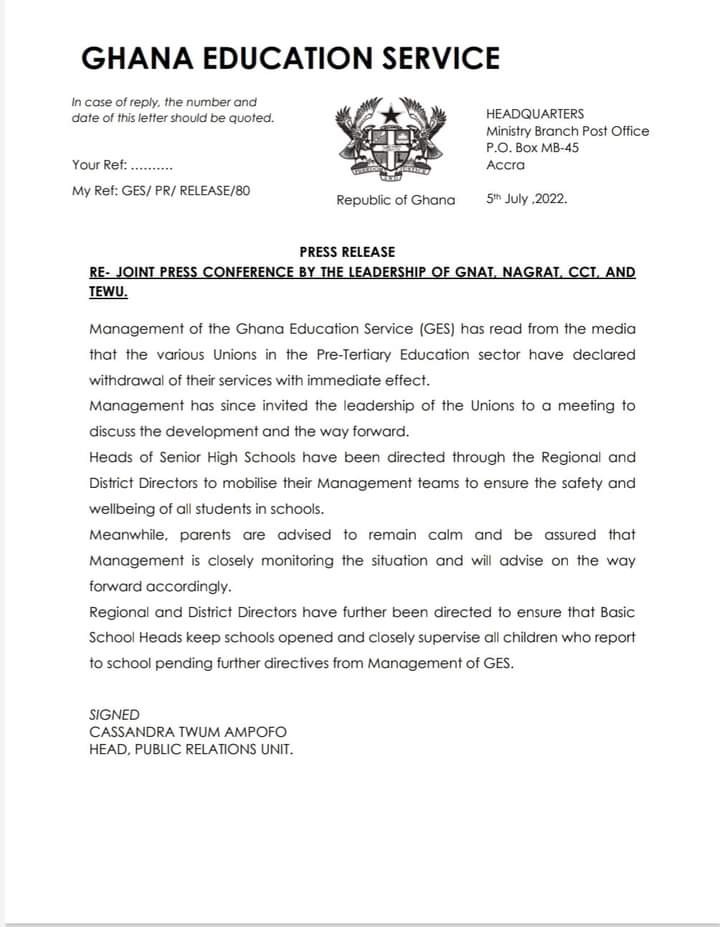 Meanwhile, the Ghana Education Service (GES) yesterday, released a press statement in reaction to the strike action. Part of the statement noted that heads of institutions are directed to open their schools for learners while summoning the union leaders to a meeting today. 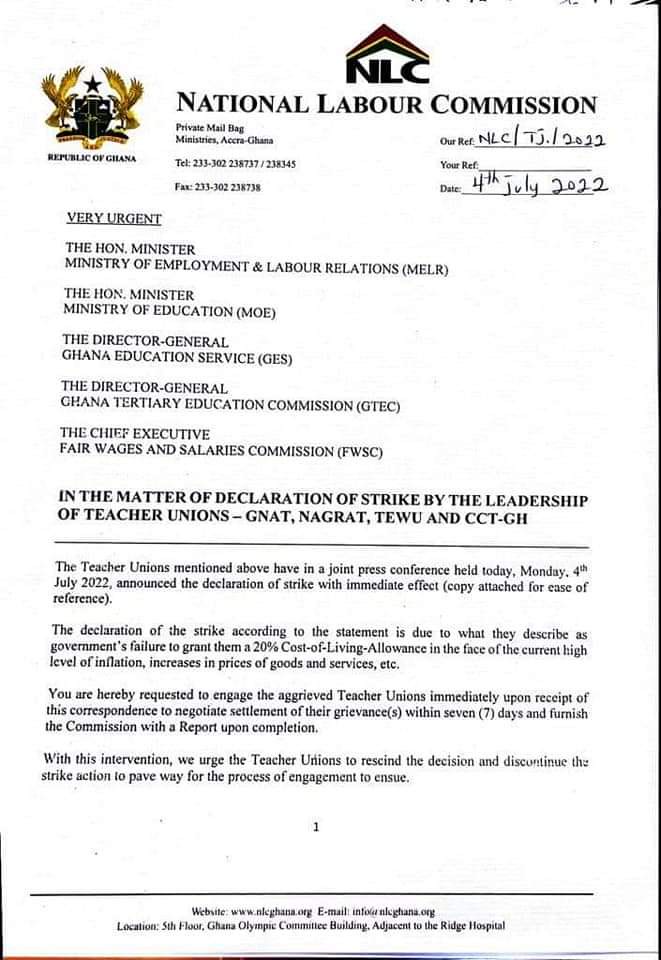 Conversely, the National Labour Commission (NLC) also responded yesterday to the strike action. In a presser released yesterday, they have urged teachers to return to the classroom whiles they engage their union leaders today. It is reported today that the NLC is taking the issue to court to seek injunction on the current strike action. Bricy Boateng will keep you updated of new developments.

Mahama Calls For National Dialogue To Save Ghana’s Economy