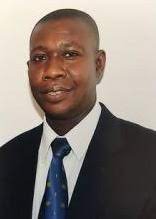 The Head of the Economics Department at the University of Ghana (UG), Ghana's premier tertiary institution has revealed that members of the Presidential Committee on the emoluments of Article 71 officeholders are unable to speak about their work because they swear an oath of secrecy.

According to the lecturer who once served one of such committees chaired by Prof Angella Adu Boandoh Committee from 2013 to 2017, per the oath sworn by members of the committee they are unable to speak about their work after submitting it to the president.

The Prof Angella Adu Boandoh Committee worked on the emoluments of the Sixth Parliament of the Republic of Ghana.

He said per the oath of secrecy, members of such committees are obliged not to speak about their work during and after.

He explained that members of such committees are unable to speak if their reports or findings generate public outcry in the country.

This has accounted for the long silence of the members when the work of such committees in the country generates public outcry.

‘I am vividly aware of this oath, baring me not to speak about my work as a member of one of such committees that determined the emoluments of the Sixth Parliament.

But as a lecturer who wants to shape the debate on the payments of emoluments, I will give you some general insights into the work of such committees, he told the host.

As a lecturer, I have done some research works and came to the realization that emoluments are paid elsewhere in countries like Germany among others, he added.

Members of such committee are tight-lipped when their work is discussed in the public domain, he posited.

He said the payment of emoluments is standard practice across the world.

He said in certain instances the work of such committees is reviewed by the sitting president so it is difficult to comment on the work done.