Dr Richard Asiedu kick-started the presentation after the Rich FM Radio and a resident pastor of Calvary Charismatic Centre Samuel Attakorah had offered a highly spirited and strong prayers to invite the most high God to grace and make the event a successful one.

Per the interview granted by the multiple award winning Rich FM presenter Kwaku Mintah Hayford known in the media work as Amansan who recently swooped the Foklex Media Award this year, the soft and tender voice of the the unifier, philanthropist, millionaire, employer and CEO Dr Richard Asiedu was heard.

According to Dr Richard Asiedu; the CEO opined and clearly asserted that his purpose of giving such Toyota cars to his two Assistance Headmaster's is to ease the burden on them.

Again, to serve as a motivation all because such things are necessity in life since the Headmaster, Assistant Headmaster Domestic and other heads of the school have been provided with cars.

Such cars could be If help to my assistant Headmaster's especially in the quest of making rounds like going to the WAEC office, running the affairs of the school and to also uplift from them the burden on transportation since the school give allowance on fuel and routine monthly maintenance Dr Richard Asiedu said.

Kwaku Mintah Hayford, the Rich FM presenter again threw the challenge to Dr Richard Asiedu as in what advice should he give out to proprietors of schools outside St Andrews SHS and government employees.

This message is what Dr Richard Asiedu put across; the welfare of the staff and every employee should be on the upper echelon in the heart of every employer as the saying goes no nine, no ten.

As an employee, you shouldn't exhibit any lackadaisical attitudes towards work and deem it that such work doesn't belong to them but rather put in much effort and it is only after this that the blessings of God will be showered on such individuals.

Dr Richard Asiedu further unraveled that the the tremendous height achieved by St Andrews SHS stands on the staff welfare as God always touch their heart to help the school in chalking the greater success and as such their welfare shouldn't be in jeopardy and downplayed.

As a proprietor, I cannot run the school myself but through the partnership and greater effort of the staff who in a piece meal move together

When Kwaku Mintah Hayford asked Dr Richard on his stands on the President comment that teaching is not a job for one to become a millionaire; do other side jobs, Dr Richard Asiedu took his time by replying that; 'it does not require much money for one to be happy since others become content with the little they have whiles enough money even doesn't elate people.

The president recently said that; "when you enters into the teaching profession you are to serve the community and not to become a millionaire" but I don't have problem with it because how many millionaires are in this country at all?

If we consider Assin Fosu, it is not easy getting somebody with GH¢1million because it's a lot of money but all are sacrificial work from morning to evening and it's not our pleasure to do that but we are serving the society.

When we consider teachers salary issues, what made the president to say so that i'm deducing something out of it is that, when you consider the population of teachers in the country.

in Ghana and even Assin Fosu, if the government decide to peg the salary to Ghana Commercial Bank, the nation money will be use to service salaries, personal emoluments and the nature of the job demand for that Dr Asiedu reiterated.

When you go the government sector things are a bit difficult to come by especially teachers are not obliged to do extra classes, sell handouts to students to supplement their income aside their payment.

Here in St Andrews SHS, such things are permitted as the authority is conferred in the hand of teachers to compile a standard handouts to sell to students and other organised classes after school as the way of helping the students to pass their exams which is backed by the parents as such.

If we are to weigh things we can emphatically say that St Andrews SHS teachers are better of Dr Asiedu stress on that.

Among the other presenters who graced the occasion include Splash FM presenter Nana Korankye Apomuoden, Nkwa FM Isaac Anane, and a mammoth staff of Rich FM, the Headmaster Jesse Nyamson and some other teaching and non teaching Staff of St Andrews SHS.

The two beneficiaries, Mr Anthony Yeboah and Mr Pascal Atopley both Assistant Headmaster Administration and Academic respectively register their pleasure and heaped a lot of praise as well as their gratitude to Dr Richard Asiedu for such a favour they never imagined would be extended to them this day

Dr Richard Asiedu has always been a magnificent motivator to the staff, students and the society for his generous lifestyle no wonder he holds a PhD in Human Resource Management. 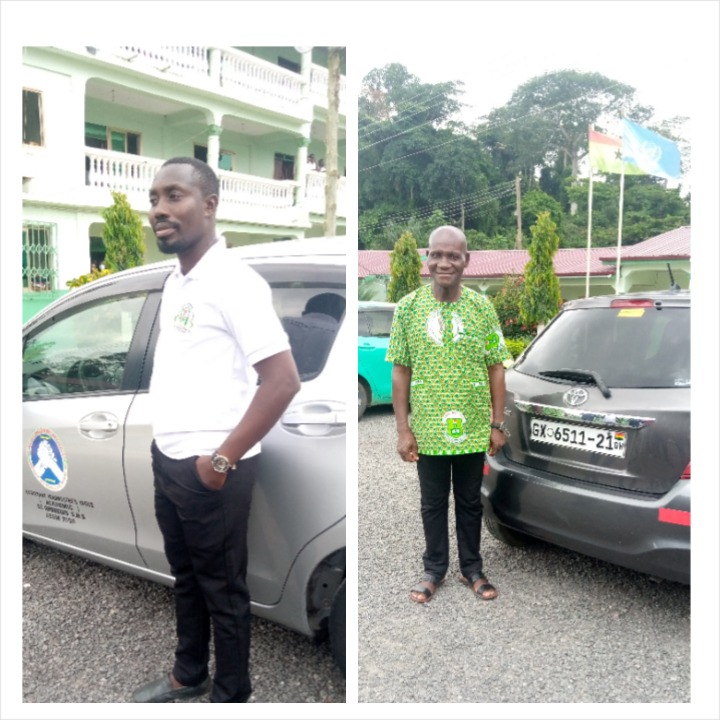 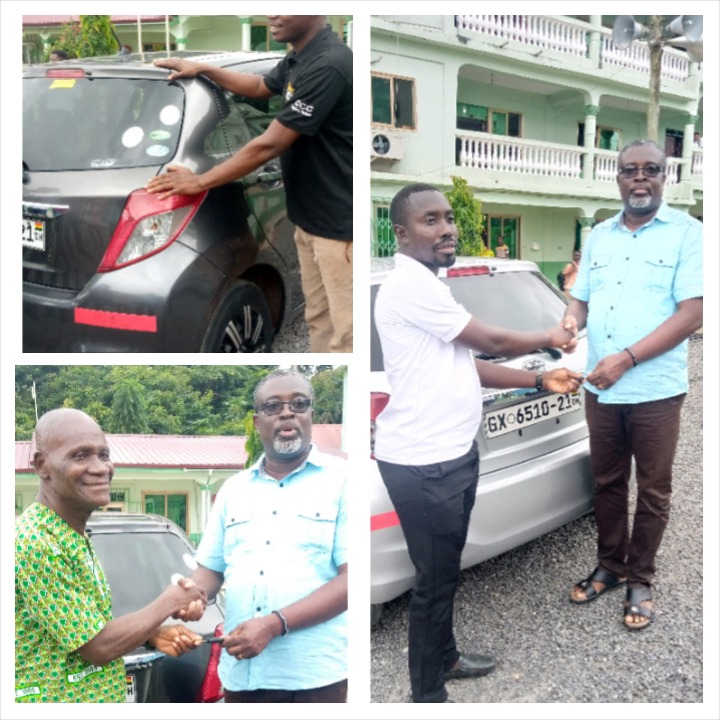