He Was Awarded The State Honour Of The Order Of The Volta: Meet The First Director of Budget At MoF

Today, we have the opportunity to unfold the life chapters of a very influential African leader who used a period of three years (from 1953 to 1956) to obtain a Master's Degree in Public Administration and a Doctorate Degree in Political Economy from Harvard University. Prior to that, he obtained a Bachelor of Arts Degree in Economics from Amherst College.

His PhD dissertation is worth visiting because it inspired a lot of young Africans to become more enlightened about our their own history, how politics in Ghana was being administered at that time, and its projections into the future.

He titled it: "Indirect Rule and Government in Gold Coast Colony 1844-1954; A Study in the History, Ecology and Politics of Administration in a Changing Society." 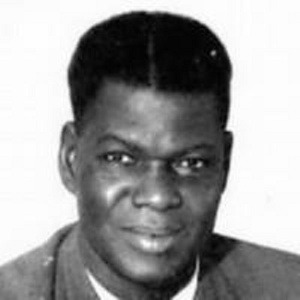 Amon Nikoi was a great political intellectual who assumed major roles on the African soil, and globally.

A year after obtaining his PhD, he was offered a role as an Economic and Political Affairs Secretary at the Embassy of Ghana in Washington DC, USA. In addition to that, he served as the Permanent Representative of Ghana to the United Nations (UN). Within a period of six years (from 1960 to 1966), he ascended from the Alternative Executive Director of the International Monetary Fund (IMF) to its Executive Director.

However, due to his love for mother Ghana, the legend returned home two years after performing his role as the Executive Director of IMF.

A year later, Amon Nikoi received an appointment from the Government of Ghana to serve as the First Director of Budget at the Ministry of Finance and Economic Planning. It was a great joy for Ghana because his expertise in this field was recognised globally. And due to brilliant performance on the job, he was given a role as the Senior Principal Secretary of the Ministry of Finance without hesitation.

Among other roles he subsequently assumed include: Governor of Bank of Ghana and Chairman of the Board of Directors of the Bank of Ghana (but was forced to retire in June 1977 by Ignatius Kutu Acheampong; Chairman of Ashanti Goldfields Company and Grains Warehousing Company; Hilla Limann's Presidential Advisor; and as well served as an Economic and Financial Consultant to many public and private sector institutions and firms locally and internationally.

It is therefore not surprising that he received the State Honour of the Order of the Volta (Civil Division Award) from Fred Akuffo.