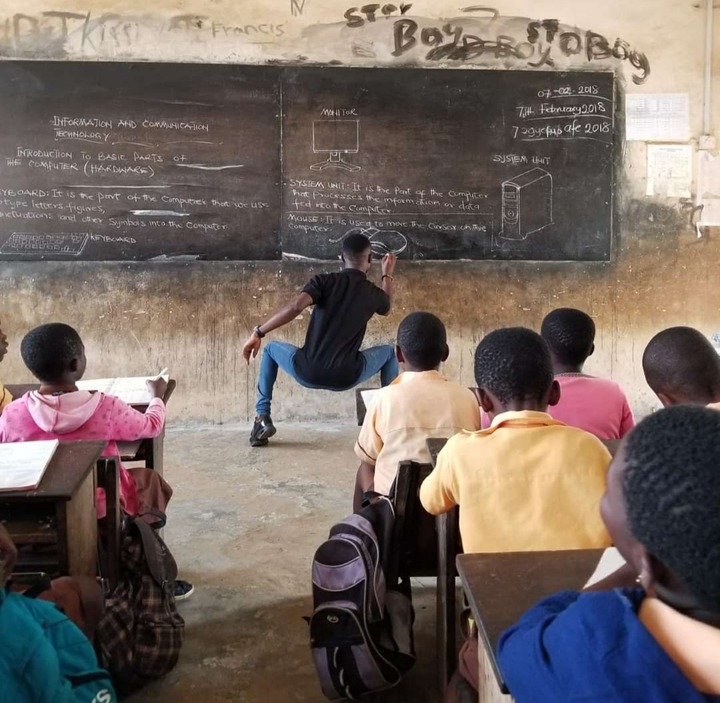 Teacher Kwadwo has been receiving massive reviews over the past few days because of a campaign he has started. The man who calls himself the Nation’s Teacher has started a campaign and calling on government to look at the educational structure in rural areas of the country. He bemoaned the deplorable state of education facilities and tasked the government to do better.

Many have praised Teacher Kwadwo for this adventure and called him to intensify the campaign. However, on TV3’s ‘New Day’ today, Tuesday, August 3, 2021, Dennis Miracle Aboagye, former MCE for Akuapem North has raised questions about some of the things Teacher Kwadwo is alleging against the government.

Mr. Aboagye told Johnny Hughes that though he admires what Teacher Kwadwo is doing he still feels the latter’s intentions are getting clouded with politics. He narrated how in one of the viral videos, teacher Kwadwo talked about how some teachers in a village were given laptops by government and while they tried to install Windows 10 on the machine, it suddenly exploded.

Miracle Aboagye was of the view that these negative assertions will overshadow the good intentions Teacher Kwadwo wanted to the government to notice. He challenged Teacher Kwadwo to refrain from such and not repeat it as it will tarnish his reputation. Miracle mentioned that social media is powerful and people tend to spread negative things fast.

His colleague Murtala Mohammed who was on the show also agreed and said that he cannot confirm what Miracle Aboagye was saying but if this was true, then the sensationalism will not help. He however applauded Kwadwo for the initiative and called on others to rise and support the education in the country.