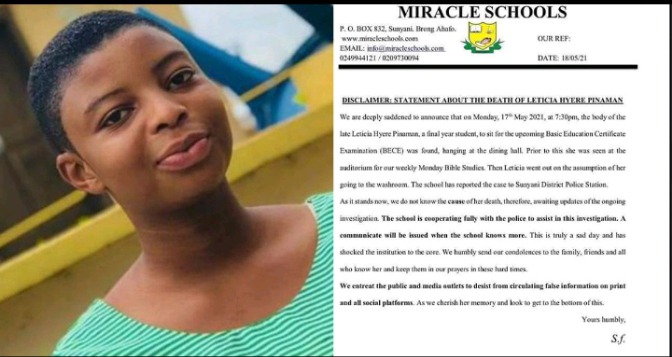 Leticia Hyere Pinaman, 14year old final year student of Miracle Preparatory School in Sunyani. Since yesterday has been in the news for her allegedly committing suicide.

The mother of the late, said her daughter is 14years. Also preparing to sit for BECE but not WASSCE as many circulating articles have it.

The death of this young beautiful girl still remain unknown but the school has released a statement with some details.

According to the statement released by Miracle Preparatory School, it stated that the late Leticia prior to her sudden death was present at the auditorium for their weekly Bible studies. Leticia went out on the assumption of her going to the washroom and that was her last seen till they saw her lifeless body hanging on the ceiling at the dining hall.

Leticia's sister who's name is known to be Portia was seen in a viral video crying and debunking the rumours circulating that her sister committed suicide. According to Portia, her sister doesn't lack anything and there's no way she will take her own life.

Information reaching us has it that, a note was seen at the dining hall which they believe was written by Leticia. But social media users are alleging that, it could be, she was forced by her killers to write that note before they killed her.

However, the parents of the late Leticia said, medical doctors after examining their daughter said she did not show any signs that she died through suicide.

The case is still under investigation at the Sunyani District Police Station and we promise to bring you any new details we get hold of. Below is the statement released👇 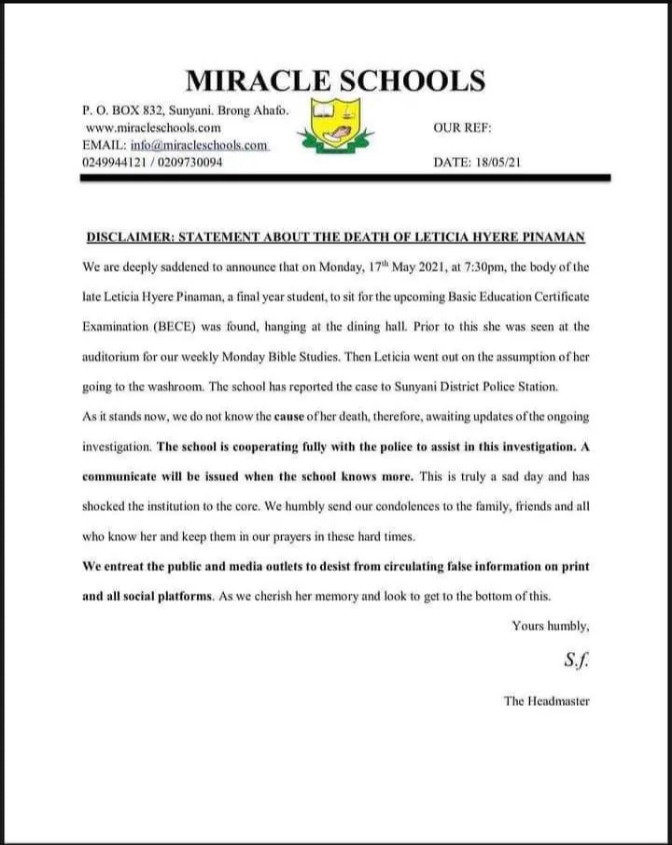