By KofiMereku (self meida writer) | 17 days

In the last four decades, the nation had embarked on the three major school curriculum reforms - i.e., the 1987 basic education reform, 1996 fCUBE reform and the current standards-based curriculum (SBC) reform. The SBC reform had led to an overhaul of the objectives-based curriculum introduced in the 1987 reforms. The contents of the basic school curriculum now emphasize the development of not only fundamental knowledge and skills but also the development of national values and core competencies needed for sustainable development and sustainable lifestyles for all in the 21st century. The goals of the SBC reform are different from the earlier ones, and the context of implementation (in terms of resources, technology and teacher capacity) is comparatively improved, and therefore, cannot be rolled out the same way as previous reforms.

None of the curriculum reforms we have witnessed in the country in the last four decades (i.e., since the 1987 basic-education reforms) was rolled out, replacing the then existing textbooks with new ones published for the reviewed curriculum. In 1988, the mathematics textbook schemes printed, and supplied to JSS across the country, were developed two decades earlier, and their contents were already obsolete for the new comprehensive JHS system.

In the preface to the junior high school textbooks, the authors stated that “the pupil’s and accompanying teacher’s guide were prepared at a writing workshop at Specialist Training College, Winneba, and Adult residential college, Tsito, in 1977.  … Some of the materials were adapted from texts prepared under the West African Regional Mathematics Program, Accra, Ghana. However, alterations have been made in view of the new educational programme, in which more pupils of very varied ability will be using the book. (CRDD, 1987, p.v)[1].

In the fCUBE reforms which begun in 1996, it took more than four years after the syllabus review in 2000 before the first mathematics textbooks written for the new curricula were ready in schools in the country. So, why are we so much on the government to ensure textbooks are ready for the new curriculum? Are textbooks the only requirements for rolling out an educational reform? What about school infrastructure? learners’ readiness to learn, parents/community? teachers? etc.

I strongly believe that the rolling out of the reform will not necessarily require new textbooks but resource books that use the old textbooks and provide teachers with ‘big ideas’ or activities that encourage the use of creative and learning centred pedagogies. The dreamers of the curricula have been made by NaCCA to provide samples of such resource books. The question is, in the light of the CODIV-19 pandemic and the growing national debt, can we afford students’ textbooks (which is going to take at least three years) or teachers’ resource books can serve the purpose better? Note that the former will also add to the cost of the free-SHS.

Beeby was an educationist, lecturer, government minister of education, ambassador, and advisor. Influenced by the work of progressive educationalists, like John Dewey, and the ideas of learner-centred education, he firmly believed that primary education should be open to experiment and change and that all young people had the right to continue their education beyond the compulsory years. In the 1960s when he was working for UNESCO, and he wrote a book (The Quality of Education in Developing Countries, published in 1966)[2] on stages of educational change in developing countries. Beeby posited that there are four stages of primary schooling, being the Dame School, Formalism, Transition and Meaning, which can be used to explain changes in basic school systems.

According to his model, primary (or basic) school education systems start off with what he called a dame school stage, where the teachers are neither really educated nor trained. Then it goes on to what he calls the stage of formalism, in which teachers are given some training and a fair amount of education, but the syllabus is rigid, there is possibly only one textbook, a state textbook, and there is a great emphasis on inspection and examinations. Perhaps many of our basic schools in Ghana are at this stage. Then the schools proceed to the third stage, what he calls the stage of transition, where the teachers are better educated and many have diplomas and degrees, but there is little in the classroom to cater for the emotional and creative life of the learners. In fact, at this moment, I can say most of our basic schools in Ghana are at this transition stage.

But then, there is a fourth stage, the stage of meaning, where teachers are both well-educated and well-trained, and students are encouraged to think for themselves. The stage is characterized by teachers stressing meaning and its applications in understanding and participating in life in school and community rather than the accumulation of facts and techniques; cater for individual differences to assure success for all learners; and involved very much in the assessment of their students. Though external examinations may still be present but do not have the prominent characteristic of early stages, likewise, inspection is characterized by professional cooperation. In essence, the ongoing curriculum reforms in Ghana are based on schools and teachers at stage four.

Beeby contends that movement through the stages is evolutionary, and no stage can be skipped. He pointed out that the key to a school's movement through the stages is the ability of its teachers to promote change, and the ability of teachers to promote change is a function of their confidence, itself a function of their general and professional education. In the last two generations since independence, Ghana has moved from the formalistic stage gradually to the end of the transition stage with better-educated, trained teachers who can work professionally.

The Ghanaian basic schooling system, I am convinced, has reached the threshold to leap into Beeby’s final stage of educational change. This has been the belief of the dreamers of the new standards-based curriculum, which describes the kind of education that should be put in place for those who will be living and developing our nation in the next two generations. With the reforms in teacher education, which began a decade ago (NTC and T-TEL), our teachers are ready to implement the ‘meaning stage’ curriculum.

Many politician-educationists are comparing the current educational change, which is at the meaning stage, to the changes that occurred when most schools were at the formalistic stage 60 years ago or when many reached the transition stage 30 years ago. At these stages, because the teachers’ general education was low and many were untrained, schools and teachers required new textbooks anytime syllabuses were revised. Usually only one book is provided and the old textbooks are completely disregarded even though most of its contents are still relevant. But today, teachers are better-educated, trained and are working together professionally in the professional learning communities, which are built into the reforms.

In the 21st century, technology has been known to play an important role in stimulating teaching and learning. With the proliferation of smart or android phones, teachers’ capacity to use the technology is increasing, and many today surf the internet for resources for their personal learning and also for preparation to teach. In line with Ghana’s ICT education policy, which emphasizes ICT as a means of learning, the government is supplying teachers with laptops and thus strengthening their capacity to implement a meaning-stage curriculum. Besides, there is a plethora of textbooks that are eBooks available free (or at minimal costs) online to both teachers and learners.

The designers of the standards-based curriculum for basic schools designed examples of lessons and resources required to supplement the existing textbooks for the implementation of the curriculum in schools. Except for the new subjects introduced (e.g., Our World Our People, Creative Arts and Design, Career Technology, etc.), what has changed in the curriculum is not the content but the approach to teaching and learning. At the stage of meaning, teachers are both well-educated and well-trained and must use creative pedagogies that encourage learners to think for themselves and take responsibility of their learning. The teachers must understand teaching as bringing about meaning through activities that develop learners’ knowledge, skills, core competencies and attitudes. As the teacher facilitates the development of these competencies in a community of learners, he/she also caters for individual differences, and end employs gender- and social- inclusive skills.

It is the obligation of NaCCA to find publishers who can produce national resource packs that will support the implementation of the SBC. But do the publishers have teachers/subject experts who really understand ‘teaching as bringing about meaning’, and can use such understanding to develop resource books that provide ‘big ideas’ or activities that encourage the use of creative and learning centred pedagogies?

There no blueprint for primary (or basic) education anywhere; no two national educational systems are comparable given the diversities in their political systems and national educational provisions. Primary and or basic education curricula in Ghana since independence had been experiments designed by our ‘dreamers’ (i.e., educationists/politicians/society) about meeting the needs and changes in society for all our young people to survive and succeed in the generations ahead of them. As the MoE, NaCCA, GES and T-TEL are currently doing, more resources, if available, should be deployed to support teachers to improve their capacity to implement the curriculum using resource books. It will be a while before the publishers and writers/teachers understand the full demands of the reforms. 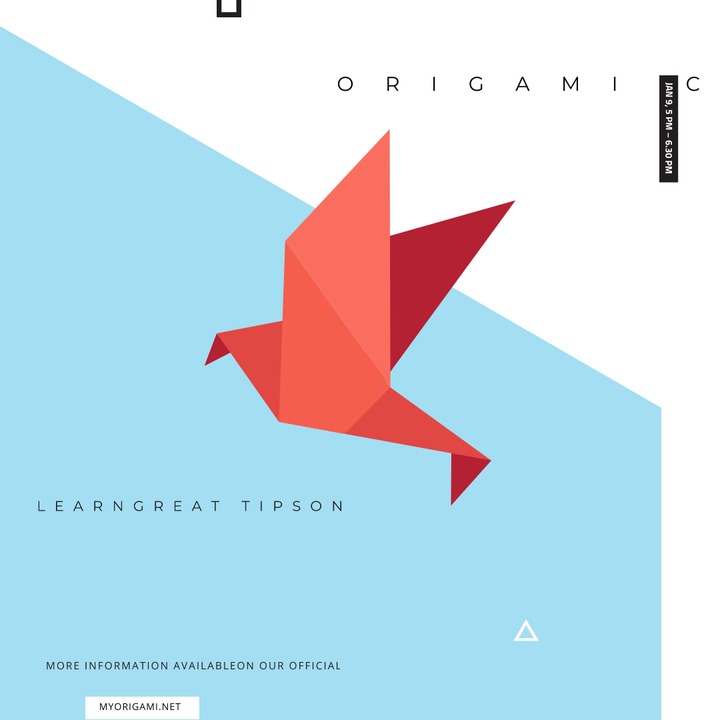 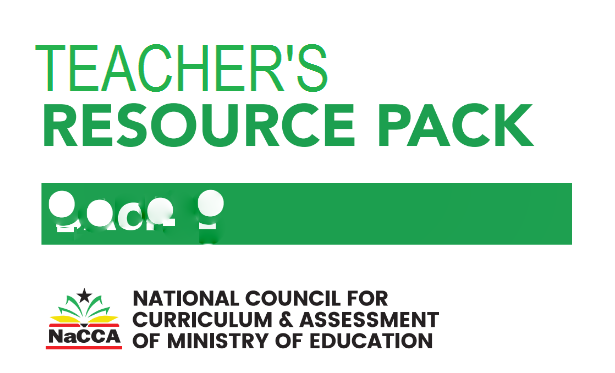 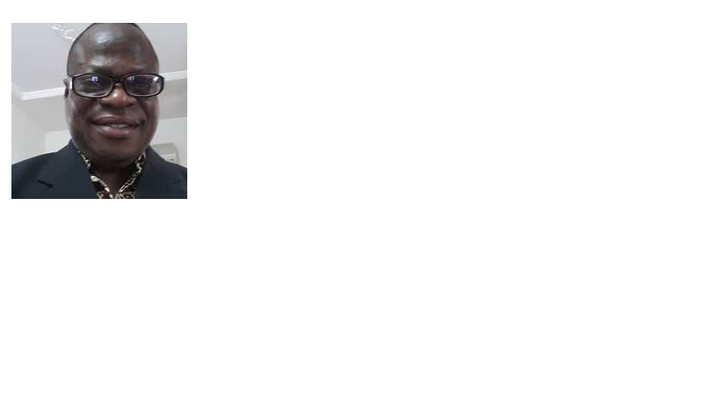 Content created and supplied by: KofiMereku (via Opera News )