Dr. UN Is Again Caught With 4 Registered Sets Of Names

By Sirrkollins (self media writer) | 1 year ago

It is alleged the trended youth in Ghana for wrong reasons in year 2020, Dr. UN is caught with four different sets of names, thus, (Kwame Fordjour), (Kwame Owusu Fordjour), (Wayne Winston) and with a real name (Emmanuel). 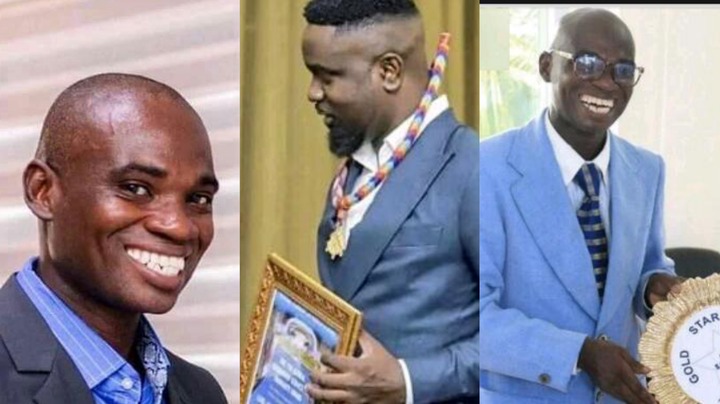 He is a self-acclaimed Global Ambassador for the United Nations (UN) who by his will and authority was giving UN fake awards to distinguishable personalities in Ghana until he was finally exposed to be fake.

He brilliantly awarded 22 prominent Ghanaians with United Nation's inscription. This made him attracted the nickname "Dr. UN" after he was caught unreal.

Dr. UN managed mentally to deceive and draw his awardees from various spheres of life with entertainers, politicians, business people, Media people, among others on the list.

At the awards, Dr. UN gave out plaques which had “UN Kofi Annan Excellence Awards” inscribed on them in a bid to draw a link among his scheme, the UN and the late Kofi Annan.

As a result, Dr. UN, the organiser of the awards was exposed as a false person who has no connections with the United Nations and or Kofi Annan.

Meanwhile, Dr.UN has fallaciously created degrees, certificates and honours for himself. With this brilliance, he had vigour to lure most people in his daily deals.

Kwame Fordjour, who holds himself as a Ph.D. holder (doctor), held what he called the 7th Global Leadership Service to Humanity Awards on Friday, August 28, 2020.

Not only forging academic status for himself, he also have different names that he respond at times in diverse environment he find himself. He bears names such as (Kwame Fordjour), (Kwame Owusu Fordjour), (Wayne Winston) and with a real name (Emmanuel) and those who know him personally call him (Emma) with a nickname (Wyclef).

Dr. UN who is 38 years claims he is from Santasi, Kumasi, Ashanti region of Ghana and completed KNUST SHS in Kumasi in 2001.

Dr.UN is said to have been a very good student in SHS though he did not pass his SSSCE very well, he is said to have got aggregate 24 as a science student making it difficult for him to get access to tertiary education.

After failing to continue his education, he started his shady deals some of which included selling past questions to WASSCE candidates as original examination leaked questions (apor) and gave fake university (KNUST) admissions to 10 people for GHC1,500 each in 2001.

Consequently, the university (KNUST) admissions' committee put him on the wanted list of the Bureau of National Investigations (BNI), leading him to vanish from Kumasi for so many years.

In a revelation, his friends indicate that after he left Kumasi, not much was heard from him until he tried to travel to the United Kingdom but got deported at Heathrow Airport.

Apparently, he created a website which indicates he is a Ph.D. holder and his profile on the website for the awards scheme shows he attended Harvard University in America. But according to those who first exposed him,

their checks with Harvard university showed no records of him in the school.