Man reveals: A 28year lady bought me a ticket to marry her after suffering in Bolga and Kumasi 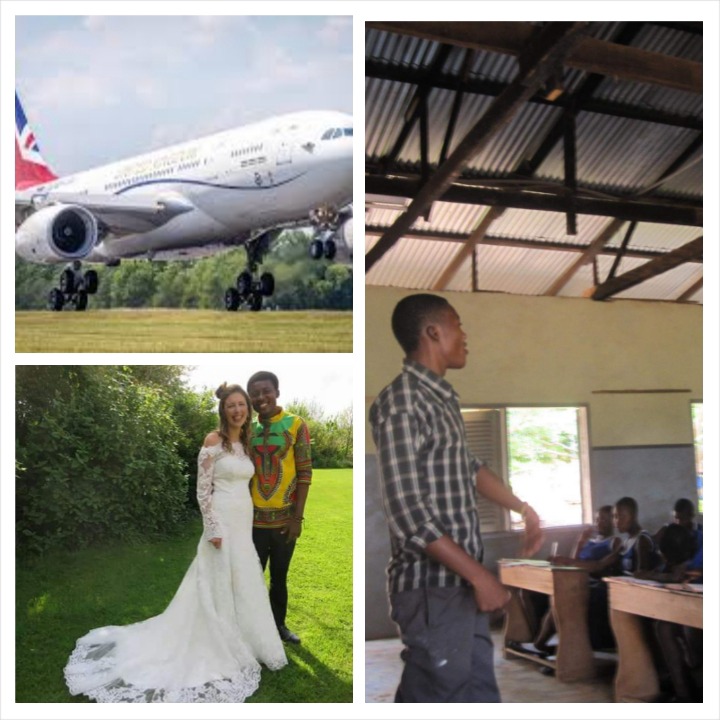 A 30 year old man Seth Nyonye Manbangya who moved from Bolgatanga as a farmer to settled in Santasi Kumasi, and now to Pulborough in England had revealed about the difficulties he found himself until a white lady came to his rescue and move him to UK.

According to Seth, a married couple and Account Administrator at Far East Broadcasting Associate Radio, UK, "his father, the breadwinner died when he was just 12 years old so his uncle who was then in Santasi Kumasi helped his mother other siblings including himself to relocate".

He entered into yam cultivation at age 15 as things became hard and unbearable and his friends were laughing at him as he combined yam farming with his primary school life at Upper East.

He continued his entire basic education at the Adumasa- Brofoyeduru in Santasi as his mother was a millet porridge seller and uncle, a shoe maker at Santasi roundabout close to the Opoku Ware School.

He completed his basic education and got admission at the Aduman Senior High School in the Afigya Kwabre District off Suame-Offinso Road in 2008 as a boarder.

He was good at I.T and mathematics and was topping class exercises, class test and other examination as his classmates nearly ended his life spiritually all because of his good reputation in mathematics.

He could not walk and felt constant pains in his left leg which took him on the sideline for almost two terms at a Roman Catholic prayer centre at the back of the Opoku Ware School for treatment and got healed but to his utmost dismay, he was slapped with GH¢ 768 as his debt owed to the Aduman Senior High School.

At that same time, his uncle who was helping and financing his SHS education passed on so he decided to stop schooling for the reason being that the bills given to him in his absence was huge for him to pay.

One of his best friend Afriyie Kwaku Boachie, encouraged him not to stop schooling and went to the school bursar to plead on his behalf about the bills so the man used his pocket money to settle that debt of 768 Cedis after he had listened to the sad story of Seth.

Afriyie Kwaku Boachie was a day student residing at the Aduman township so he settled there with set and did what he could to make him forget about his sad experience and continue his education as a day student.

When Seth had completed his SHS education, in May 17th 2012, he pleased with the headmaster of Adumasa JHS to help the school as an old student in marking exercise, running errand and then to help the teachers in writing notes for the students 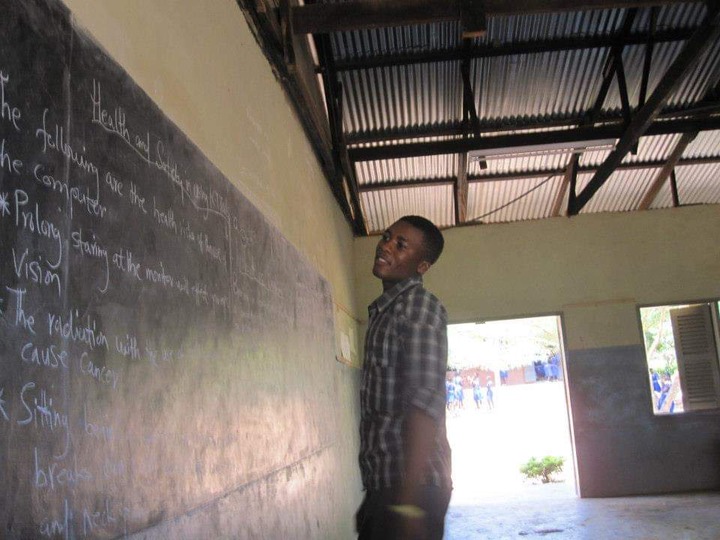 In 2013, he obtained admission to the Cambridge College of Education at North Suntreso, Bantama- Kumasi and as he was in the school he got a white lady as a friend who hails from Pulborough in England in that same school and by the year 2016 he was sent to UK and got married to his white woman Estella Twain who paid for the plane ticket

The white wife had help him secure an English passport as a dual citizen and found him a job at the Far East Broadcasting Associate, FEBA Radio, UK as Account Administrator 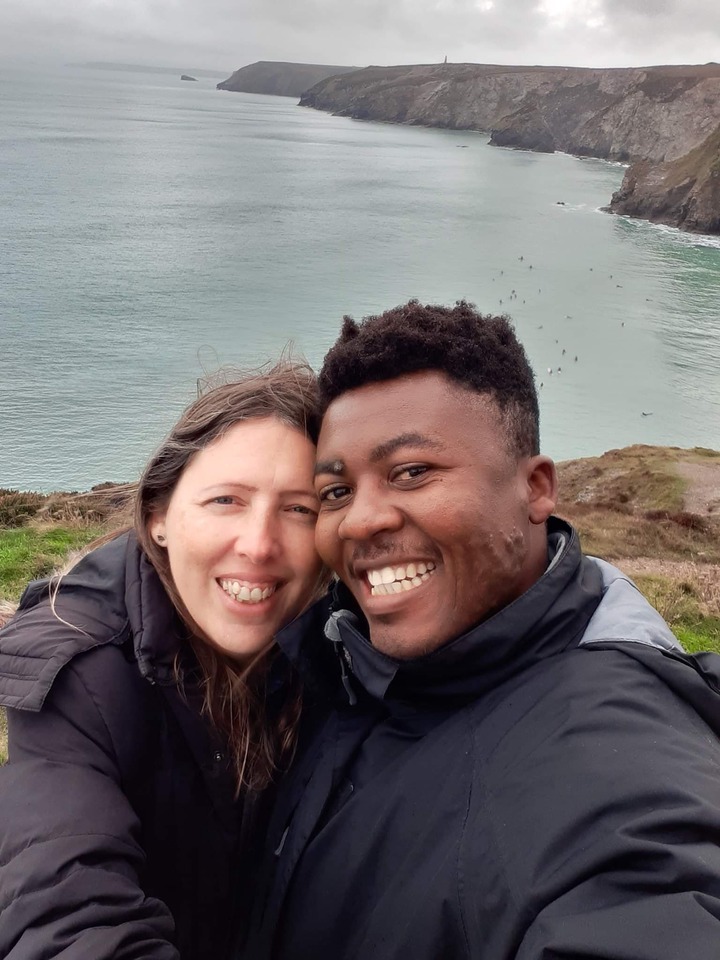 Things are moving well for him as he had aspire to higher grounds through this lady.