By Kwabenanews (self meida writer) | 1 months

Despite the issues we faced in the year 2020, Coronavirus, death of many celebrities and prominent men in the country, death has still found a way to follow some into the year 2021 but this time it came for the younger generation.

In this article, I will be showing students in Ghana who died this year that got almost everyone crying.

#1. The three Knust Students who died in two different accidents: 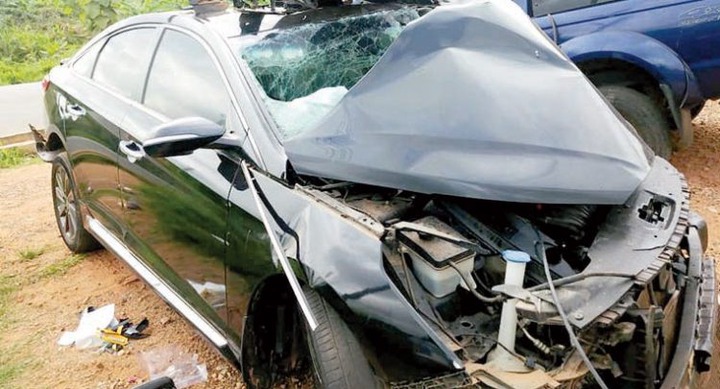 This happened around march 2021 where the first two students were killed after ramming into a tree with their vehicle at dawn, unfortunately they died at the spot. The second incident involved a Level 100 KNUST student, who accidentally fell off at the Unity Hall.

Reports concluded that the student went to visit a friend when he collapsed, fell on the stairs of the first floor, hit the head against the wall and died after being rushed to the hospital.

#2. The UEW student found dead at the sea shore of Winneba: 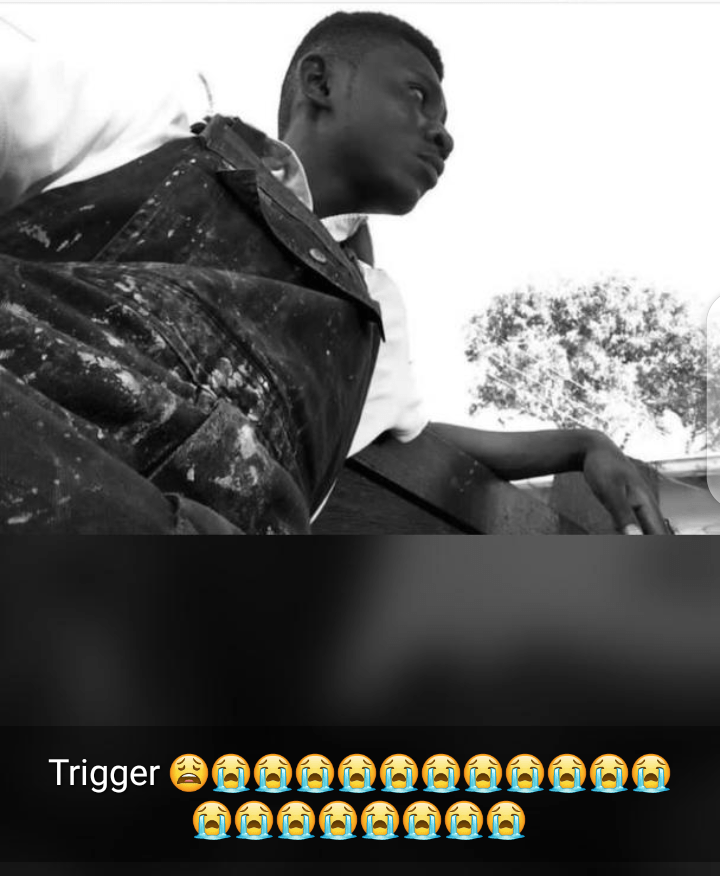 Around April, a young student's body identified to be Kweku Boateng Preprah, 23, was found naked and lifeless at the seashore. According to reports he was found in a supine position and when investigation was carried on, they found no marks of violence. 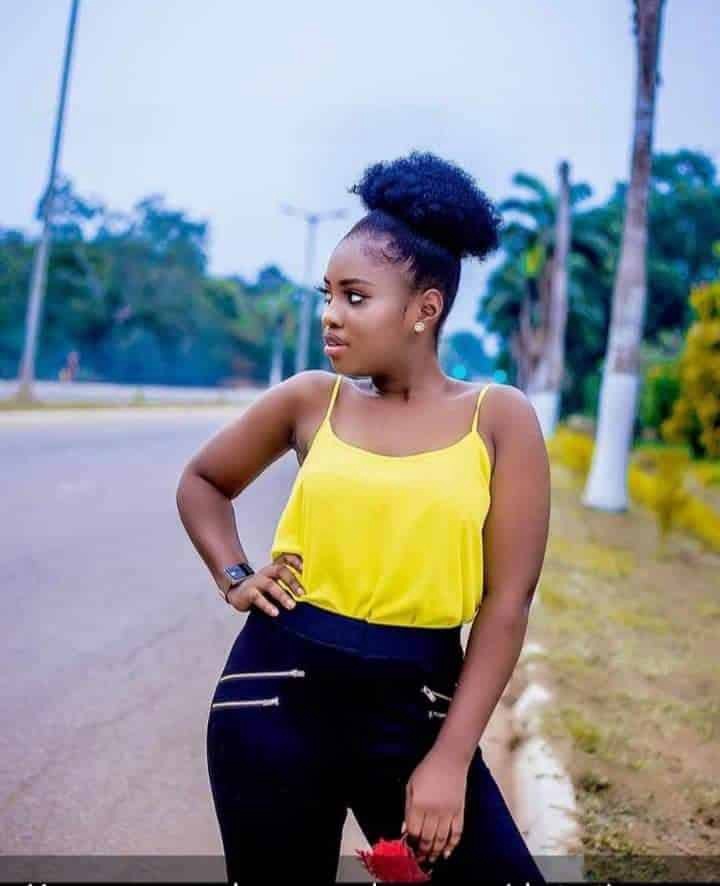 If beauty was what kept people alive by now this girl would be lifeless. The death of Vida, a final year student at the University of Cape Coast shocked many Ghanaians and left them mourning throughout the internet.

#4. The 19-year-old UCC student who died days after accident in Ayensudo 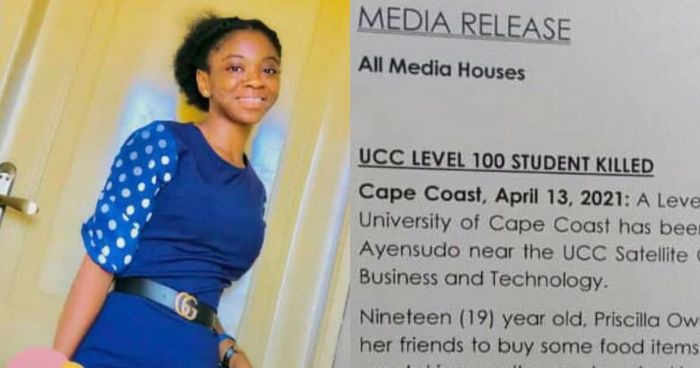 This happened in April too where young Priscilla Owusu Achiaa was being killed by a speeding vehicle at Ayensudo in the Central Region near the school’s satellite campus. The student was in the company of her friends to buy some food items when the sprinter bus which was overtaking another car knocked her down.

She died on Tuesday while receiving treatment at the hospital.

#5. The Death of Leticia Kyere Pinamang 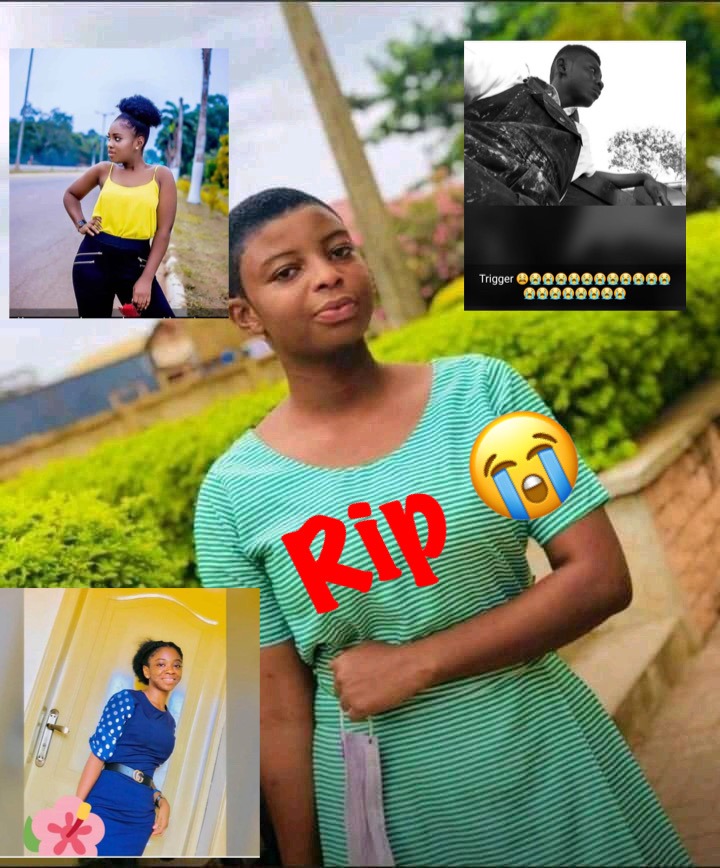 A 16-year-old final year student of Miracle Senior High School at Barkoniaba in the Sunyani municipality of the Bono Region, allegedly committed suicide. Leticia Kyere Pinaman is alleged to have been found hanging at the school's dining hall. This incident occurred 17th May, 2021 around 9:30 pm.

The death of Leticia Kyere Pinamang has really sent shockwaves across the length and breadth of the country. Whiles most believe its a murder case disguised to look like suicide, others have started pointing fingers at the school authorities.

Right now, a shocking letter she wrote before she died was revealed, have a look at it yourself. 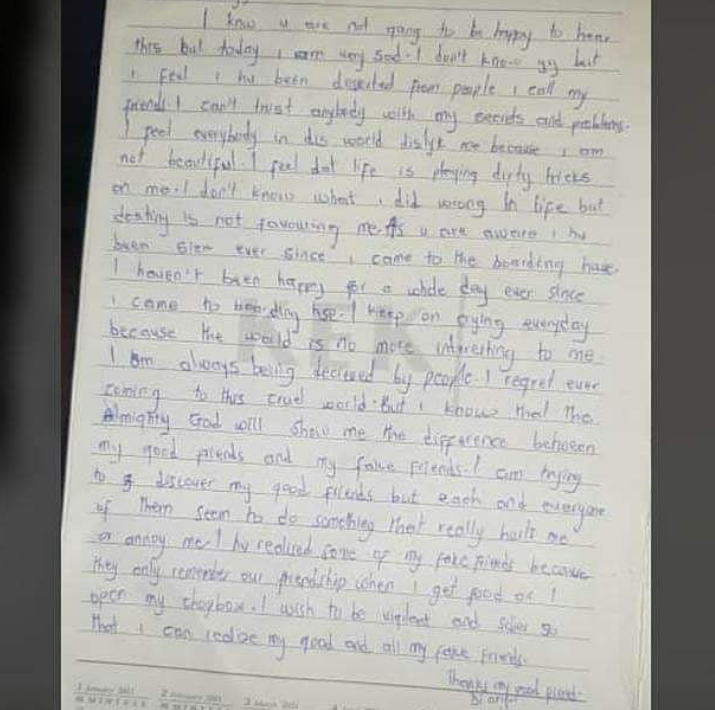 We can’t continue to watch the younger generation die this way, I urge ever parent to go down on their need after reading this post and pray to God, ask him for protection of our children and the gift of long life that we shall not bury our children but they shall be the ones to bury us.

"Arrest Them, Seize Their Phones And Ask Them Questions"– Ex-convict To Unhurt Bullion Van Tellers

Criminals Of Today Are Not Stupid. They Plan Everything Strategically -Public Safety Boss