By DumeviJeorge (self media writer) | 3 months ago

Ghana’s education sector is sinking and it is sinking at a faster speed, more than how a lot of right thinking Ghanaians thought it would be. 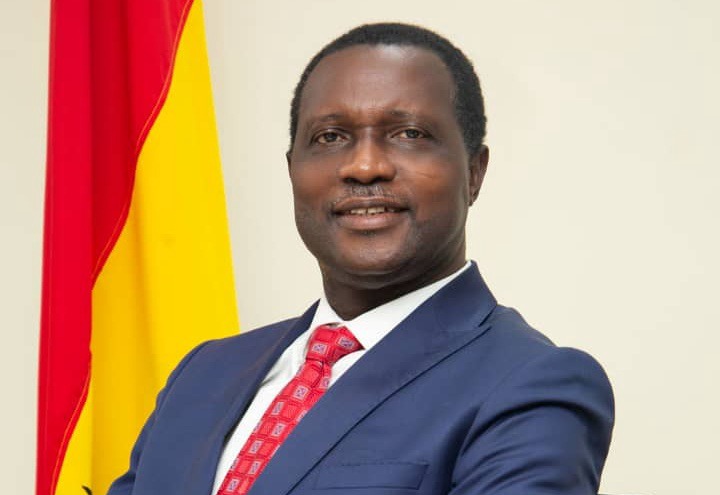 Many Ghanaians had thought that Dr. Yaw Osei Adutwum, who prides himself as part of the sector due to his background in teaching would be able to drive the sector to a successful destination, but with what is prevailing presently, it appears the education sector vehicle is simply in the wrong hands.

After almost one year of becoming the Minister of Education, Dr. Adutwum is virtually adding nothing new to the education sector; rather, the sector keeps moving from one problem to the other.

Just after the Yuletide, the University Teachers Association of Ghana (UTAG) went on strike and there seems to be no headway as to when the university teachers would move back to the lecture halls to commence the 2022 academic calendar.

Some have said that although, the National Labour Commission (NLC) is handling the UTAG strike, the almighty education minister could have been smart enough to have engaged the UTAG to avoid the strike in the first place.

The demands of UTAG have been on the table for ages but with jaw-jaw and tact, UTAG could not embark on a strike because its members felt respected in the past. However, they have decided to strike this time round because of lack of dialogue and tactic.

Under the watch of Dr. Adutwum the educationist, calendars for basic and second cycle institutions have become highly disorganized to the extent that students and parents are overly confused because schools could be closed and opened without proper arrangements.

What is laughable is the fact that the Ghana Education Service (GES) is quick to be blamed for the ugly and unpalatable situation but the truth of the matter also is that the GES is under the Ministry of Education and therefore works under the instructions of the ministry.

The introduction of a semester-based system for basic schools in the country was poorly handled by the education ministry as such it had to be reversed so the old system.

It was obvious that various stakeholders in the sector were consulted before the announcement of the new policy, however, their complains to the education ministry were simply not accepted, hence the established blunder.

After the back and forth on the issue, the ministry finally saw wisdom in what the stakeholders were saying and reversed the policy and announced a new date for the academic calendar of the basic schools.

As education sector workers are lamenting over poor state of affairs under Dr. Adutwum, Ghanaians are keenly watching events.

For instance, a former Director of the GES, Mr. Charles Aheto-Tsegah, is blaming the naked confusion in the education sector on Dr. Adutwum, accusing him of interfering with the work of the GES.

In the view of Mr. Aheto-Tsegah, Dr. Adutwum is having difficulties at the education ministry because he won’t allow the GES to work.

The position of the former GES Director comes at the wake of the reversal of the semester-based system for basic schools in the country.

‘’One would have thought that by now, we would have progressed and we would have been smart to look at all the challenges in the past and do things in a very proper way, but it looks like we haven’t actually learnt from our history,’’ he said.

"There was no indication that the change in the system and calendar had been thought through. The other challenge is the fact that we seem to be doing this round and round in circles, repeating our old mistakes when it comes to education," he added.

Kwame Asare Obeng (A-Plus), a Social Media Activist, thinks that Dr. Adutwum is confused and overwhelmed, saying a fine gentleman is not always a competent minister.

In a facebook post, he said that although, Dr. Adutwum performed creditably as Deputy Minister, he has failed to prove himself worthy of a substantive minister.

‘’If you really want to break the 8, please sack this gentleman and make him deputy minister of religious affairs, I like him, but he is the worse minister at the moment. Kindly save the embarrassment by sacking him immediately. He and Milo should have gone the same day. I’ve never met him; I’ve never spoken with him, however, I began supporting him when he was a deputy minister. Unfortunately, I’m disappointed in him,’’ A-Plus wrote.

This writer is of the firmest position that Mr. Aheto-Tsegah and A-Plus got it absolutely right on Dr. Adutwum because Ghana’s education sector is sinking with him as the Captain and something must be done in earnest.

Even When It Comes To Corruption, Akufo-Addo Has Not Beaten Mahama - Kelvin Taylor Descends on NPP

5 Writing Hacks Your Teachers Don't Want You To Know