By RKeelson (self media writer) | 11 months ago

A visually impaired Ghanaian, Ebenezer Azamati, has been elected is the president of Oxford University’s African Society (AfriSoc). Mr. Azamati is currently pursuing a doctorate (PhD) degree at the Oxford University.

In a social media post, AfriSoc said Ebenezer Azamati polled a landslide victory in its presidential polls to pick up the coveted position. AfriSoc is a highly recognized group at the Oxford University with a distinctive reputation of seeking and championing the cause of Africa and African students at Oxford University.

The society also tracks the progress and the well-being of its alumni across the world. Mr. Azamati, takes over from Kenyan, Elisha Ngetich who had been serving in that capacity for the last one year. 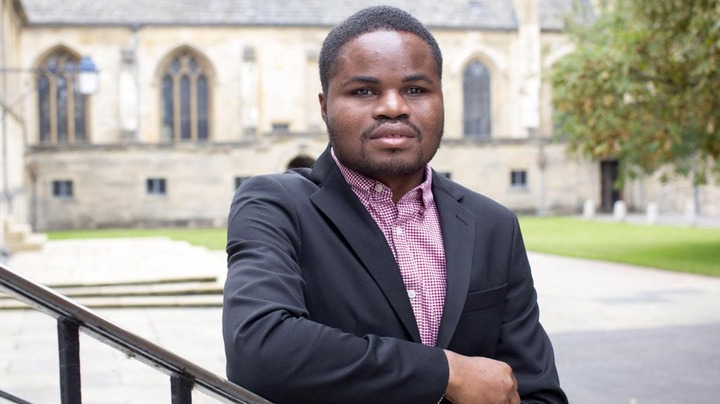 According to sources within the Oxford University campus, this is the first time a student with any such disability is picking up the top post.  As President of AfriSoc, Azamati is expected to lead the cause of African students at Oxford University and also check on the extensive alumni of AfriSoc in various leadership positions all over the world.

In April 2020, Azamati, who was the subject of an assault during a debate at the Oxford Union was awarded a Cambridge International Scholarship to undertake a PhD in Politics and International Studies. It’s believed his attack had racial undertone and the fact that Azamati’s sheer brilliance was the envy of a section of White students.

Azamati started his PhD in October 2020 after excelling during the rigorous scholarship application process. AfriSoc wrote to him in their social media post: “Azamati is a Radcliffe Scholar reading for the DPhil International relations at University of Oxford and a member of the University College.”

He is currently on the Cambridge International Scholarship, which was started in the 1980s, and is reserved for students from outside the European Union, who, would ordinarily fail to make it to Oxford without strong financial wherewithal. Azamati was admitted to the University of Cambridge’s Fitzwilliam College at a time he was still reading his M-Phil in International Relations at Oxford University. 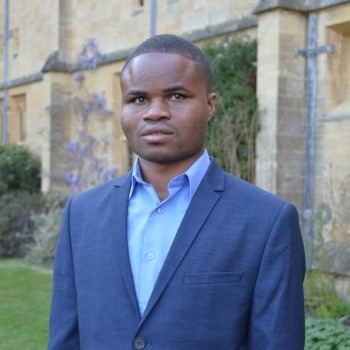 Before leaving Ghana, Azamati studied at Ghana’s premier university—The University of Ghana for his undergraduate course, before he eventually gained admission to undertake his Master of Science in International Politics at the University of London's School of Oriental and African Studies.

The manhandling of Azamati in October 2019, during a debate session at the Oxford Union, University of Oxford, induced wave of resignations from the Union leaders. This was after traditional media organisations and multiple news websites had reported the barbaric incident.

The main focus of the Oxford University Africa Society is on Africa studies and the affairs of the continent. It has the aim of helping to shape the future of the continent’s human capacity levels, and to also, provide the platform for students hailing from or are interested in African affairs to engage critically, in issues affecting the African continent.

AfriSoc is also a community or change agent that is so passionate about African affairs, especially the promotion of human rights and good governance. Dr. Charles Yves Wereko Brobbey, a Ghanaian engineer and a politician is one other Ghanaians to have occupied Azamati’s position in the very early 80’s.

He excelled so much in the position that he was awarded by Oxford University before his final day graduation. Legal luminary, Tsatsu Tsikata also graduated at the Oxford University with First Class (Honours), becoming one of the University’s pioneer students to have gained that rare honours for Black students.

Tsatsu’s academic prowess still remain one of the proudest moments of the University. What’s intriguing about Tsatsu's, distinctive history in the University is that he graduated as perhaps the youngest among his mates. 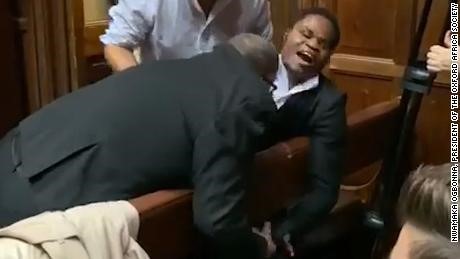 Former Ghanaian President, JohnAgyekum Kufuor is also a proud alumnus of Oxford University. On the day of his investiture as Ghana’s second President in the 4th Republic, Oxford University sent their representatives to the ceremony.

It was one of the proudest moment for the University because one of their own had assumed the highest position as a President of a sovereign country. That goes to show how Oxford University tracks its old students.