By Ahomka.News (self media writer) | 6 days ago

Yesterday on the 23rd of November 2021, Ashanti Region specifically Kumasi was full of tension over a much anticipated competition between Opoku Ware school and Prempeh College. Anytime these two big schools in Kumasi meet at the National Science and Maths Quiz, it becomes a talk of town due to the controversy surrending both schools. The competition became tougher from the first round. Though the competition was between three schools with KNUST SHS included, the attention was centred only on Prempeh and Opoku Ware due to the competitive rivalry between them in many decades.

The old students associations as well as the current were in massive support behind them. In the 5th round when both have to answer riddle questions, Opoku Ware were supposed to get an answer correct to be able to obtain the same score with Prempeh College but they missed it in the first attempt and the latter quickly answered the question. Getting the question correct made the difference became vast and since it was the final round, Prempeh rose to the top. 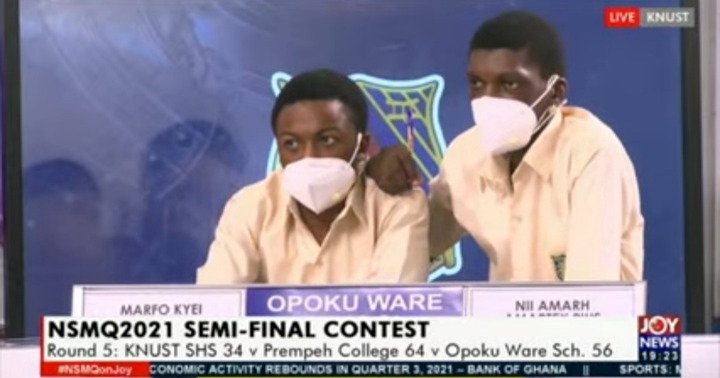 Despite the fact that Prempeh beat them, they did very well. At the end of the 5th round which happens to be the final round, Prempeh got 67 points against Opoku Ware's 59. The moderator of the competition announced that since the semi final stage is 'money zone' the competitors will go home with some amount of cash. ABSA bank gave Prempeh College 4,020 cedis and that was not all they won Airtel-Tigo highest scorer award which also granted them 5,000 cedis. Overall, they went home with 9,020 cedis for their good performance. They did incredibly well and worth whatever amount they went home with. Congratulations to them once again. 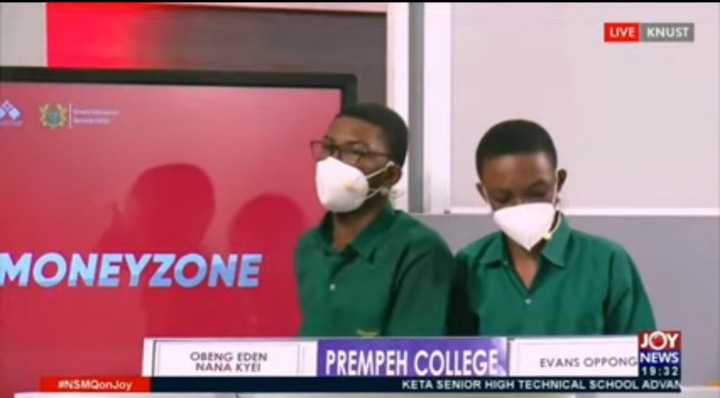